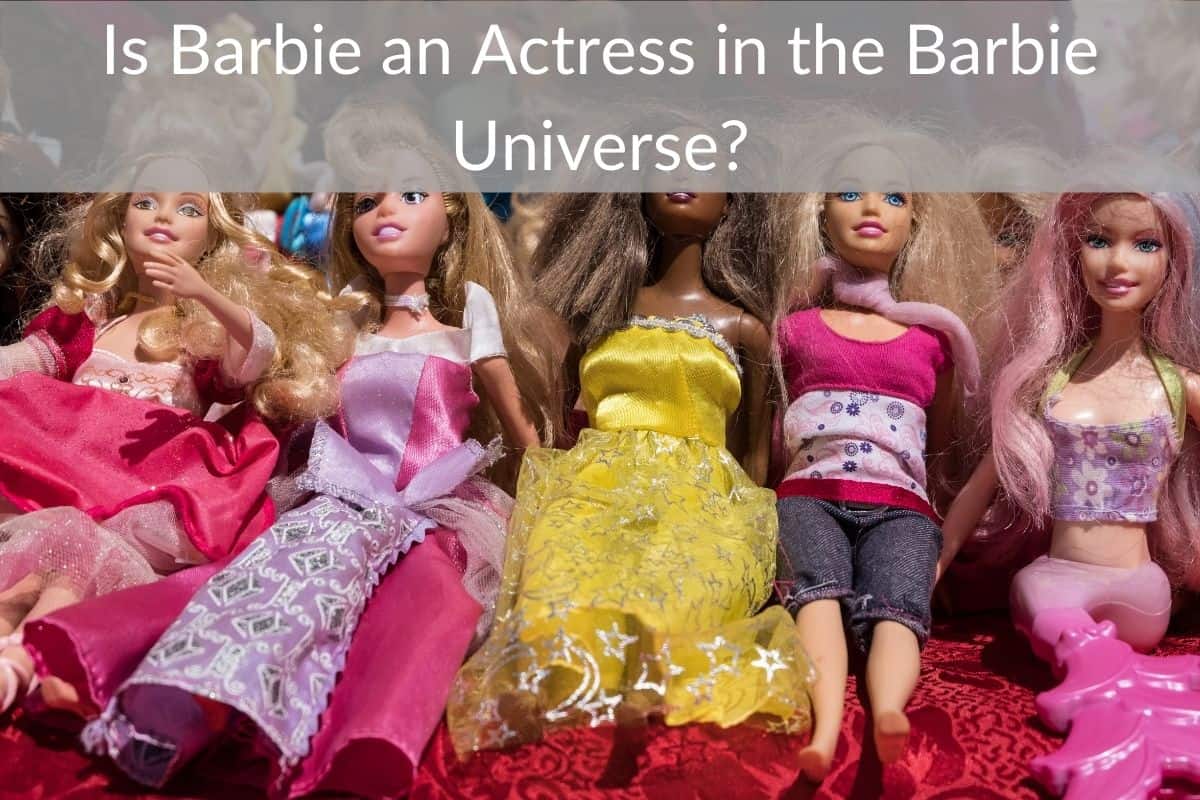 From starting her career as a fashion model in 1959, Barbie has given her best shot in over 200 different careers from various fields of education, medicine, public service, and more. However, it takes her as little time to leave these careers as it takes for her to pursue them.

The only career Barbie has kept up semi-regularly is her career as an actress.

Unlike common beliefs held by many about Barbie’s films, they are not a glimpse into her life. Instead, she has starred in all those films as an actress and has played different characters, though with her name.

Barbie is an actress in the Barbie Universe and has been appearing in films, TV shows, and even on Youtube for over 20 years now.

To see the most popular Barbies accessories just click here.

The Barbie Universe is geographically the same as the real world, except that it is made up of plastic. All its inhabitants are plastic dolls, and all the other things, from cars to buildings to flowers and animals, are made of plastic.

The TV show was aired on Barbie’s website, barbie.com, as a web series. A couple of episode specials of the show were also aired on Nickelodeon in 2013.

The series had a total of 75 episodes stretched over six seasons. The series lasted for about four years, with the last episode airing in 2015.

The second TV show from the Barbie Universe was titled ‘Barbie Dreamtopia.’ This show’s main character was not Barbie but her younger sister Chelsea.

Chelsea wasn’t new to the screen. She had made several appearances in Barbie: Life in a Dream House and some films.

Barbie played a supporting role in her sister’s show. Barbie Dreamtopia only lasted one season.

Barbie secured the main character again in a reboot of her Dream House TV series. Titled Barbie Dreamhouse Adventures, the series is similar to Barbie: Life in a Dream House.

So far, the show has had a total of 52 episodes stretched over five seasons.

Both of Barbie’s TV shows are available as DVDs and can be streamed on Netflix.

Barbie is very active on her YouTube and puts up vlogs about her home life, thoughts, inspirations, and aspirations. She also posts interactive videos for her viewers and answers their questions, along with singalongs and other interactive content.

You’ll find dedications on important days and events and see Barbie include her viewers in her and her family’s celebrations.

Barbie also shares her career achievements and accomplishments on her channel.

Though Barbie’s YouTube videos contain subtitles, Barbie has also created several other YouTube channels for her fans worldwide who don’t speak English. On these channels, she shares special content in their language.

Some of these are Barbie Deutsch, Barbie Français, Barbie Türkiye, Barbie Potugués, etc.

Barbie’s main YouTube channel has over 10 million subscribers, with several thousand subscribers on each international channel.

Barbie has appeared in 36 films so far. These films, along with the years they were released in, are:

Three new Barbie films are also in production and set to be released soon. These are ‘Barbie: Princess Adventure,’ ‘Barbie: Chelsea & The Lost Birthday,’ and ‘Barbie: Big City, Big Dreams.’

All the films that Barbie has starred in carry her name in their title. Some titles contain the phrase ‘Barbie as’ or ‘Barbie in.’ It is because though she appears in different roles, sometimes Barbie appears with her name.

These films should not be confused with documentaries or reality TV series. The storylines of these films are based on fictional adventures or are inspired by other famous films or fairy tales.

Besides Barbie, some other characters also appear with their own names in certain films. In such films, they go on adventures or recreate famous stories together while playing themselves.

Though Barbie gained popularity as soon as she was born, her increased popularity and ability to attract a younger audience every few years can be credited to her career as an actress.

She has created her own Barbie Cinematic Universe with her franchise of films and TV shows. Despite being good at 200 other careers, it can be said that Barbie’s true talents lie in being popular!