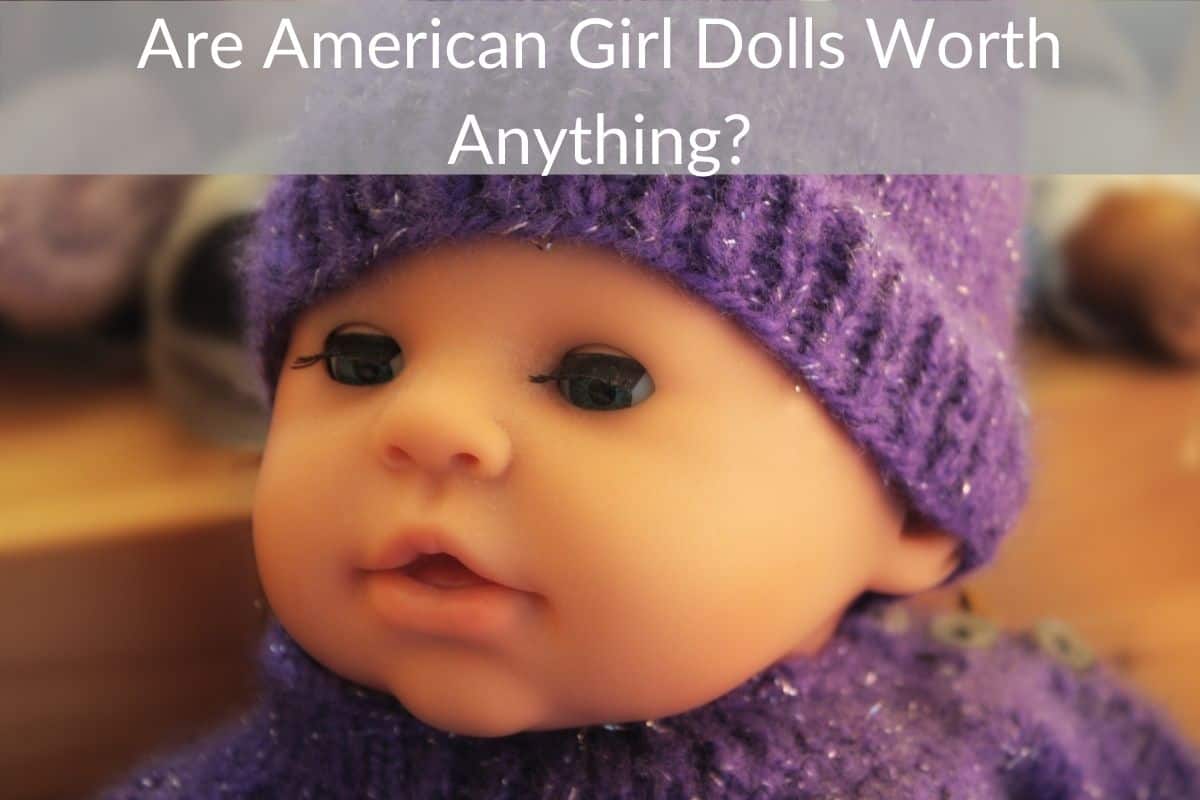 The American Girl dolls have been among the most popular dolls among children since they were launched in 1986. What made these dolls a hit was that these dolls were created from different eras of American history.

Just like girls went crazy for these dolls back then, girls today absolutely love their American Girl dolls. Every year these dolls get additional young fans while the older fans become their collectors.

There has been a diverse range of characters since the company’s inception. While many of the original dolls are still available, plenty of other dolls and their accessories have retired.

Girls do consider their American Girls dolls as highly valuable possessions but are these dolls really worth anything?

While not everyone would make millions off their dolls, limited edition or discontinued American Girl dolls and accessories have proved to have a high value to collectors.

There is a thriving community of collectors where people sell and buy these dolls, with many making a good sum of money.

If you have an American Girl doll stored somewhere in the attic, it might be time to take it out and determine how valuable it actually is.

To see the most popular American Girl dolls (although not the most valuable) just click here.

The Value of American Girl Dolls

There is a pretty high chance that many people will not be able to make a fortune out of their American Girl dolls since the doll has been taken out of its box and played with in many cases.

If you were like all other kids who were attached to their American Girl dolls, played with them every day, dressed them up, and took them everywhere, you might not get much out of selling your doll.

The good thing is that there are multiple types of American Girl doll collectors who want to complete their collection, looking for a specific doll or accessory, which means you might find someone interested in purchasing your doll.

However, the in-box, mint condition old American Girl dolls with all their paperwork will end up selling for thousands. The majority of these dolls and their accessories that sell in quadruple figures are either unused or gently used.

Old discontinued dolls, limited edition dolls, or doll sets with multiple dolls and accessories are usually the ones that go for a high price. If you have one of the original dolls made initially by the company, you can certainly earn a decent amount from it as they are extremely valuable to collectors.

Some other things that usually make the American Girl doll more valuable are:

• The doll has its original box

• The doll has its original clothing

• The eyes of the doll are intact

• The face of the doll is unmarked

• The hair of the doll is not cut

• The doll still has its original paperwork, including information cards and receipts

Even some limited-edition American Girl dolls that have been in the market for only a couple of years are also valuable for some collectors.

The American Girl dolls that are most valuable are the ones that were manufactured by the original company, Pleasant Company. It was founded by Pleasant Rowland in 1986.

The company was then sold in 1998 to Mattel, and in 2008, the original three dolls started retiring.

• Molly McIntire – a patriotic kid, growing up during WWII. This doll retired in 2013 but was later reintroduced.

• Samantha Parkington – a Victorian orphan from the 1900s. This doll retired in 2009 but was also later reintroduced.

These three dolls instantly became highly valuable for the collectors. Samantha and Molly were reintroduced later, but the older original dolls are still considered valuable.

There were eleven original dolls introduced by Pleasant that are considered valuable, particularly those that weren’t reintroduced.

Even from these original dolls, the ones that can get you some serious bucks are the ones that are numbered and signed by Rowland herself. These are the dolls that have been sold for as much as $3000!

Even if your doll doesn’t have a signature but is among the original ones, it can still easily go for $1,500 to $1,700 and possibly even more.

Determine The Value of Your American Girl Doll

If you have an old American Girl doll in its original packing or in gently used condition, then you might want to know how valuable it could be. The best way of getting an idea about its value is to do your research on eBay, Craigslist, Facebook, and other such websites.

You can check out how much these dolls are being sold for to get a rough estimate. You can also look for online collector’s communities for American Girl dolls.

There are certain collectors who often put out calls looking for a specific doll or accessory.

Most collectors typically want to know the condition your doll is in. They would also want to see the proof of authenticity; for instance, if you have an original doll from the Pleasant Company, the initials PM (Pre-Mattel) are used on the merchandise listing.

The condition of your doll is also crucial to get a higher price.

Thoroughly evaluate your doll and make sure to describe it in the listing honestly. Check to see if there are any missing eyelashes, chew marks, ink stains, holes in the clothing or the doll, and the condition of the hair.

Buyers will also want to know if the doll has ever been repaired.

Wrapping Up – More Than Just Dolls

The American Girl has always provided more than just dolls to the kids; they give them an experience. From the dolls based on historical characters to the options to make your own doll look like you, there are so many options available for girls.

These dolls come with a complete story, which is the reason behind their popularity. This is also the reason the original dolls are worth good money.

If you have an original doll, a limited edition one, or have discontinued accessories, your American Girl doll is undoubtedly valuable.