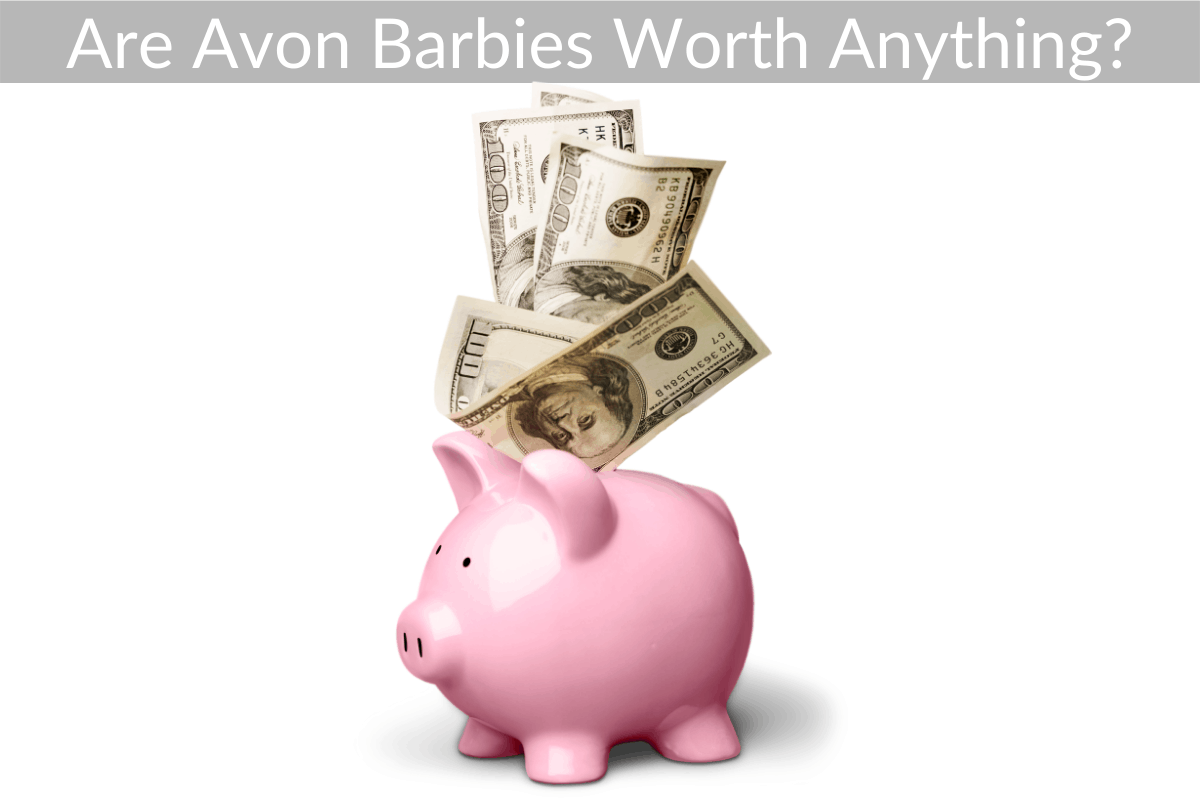 Barbies have been around for decades, but despite that, they’re still quite popular, still being bought by little children to play with, and still being collected by many Barbie enthusiasts.

Because Barbie has been around for a while and new models are being created to suit the demand of the changing times, older and rarer Barbie dolls have jumped up in value.

There are some limited-edition models or those that are no longer produced, that can be worth a lot of money today.

However, just because that is true about normal Barbies doesn’t mean that it carries over to Avon Barbies. So, are they worth anything or should you just throw them away?

Although Avon Barbies aren’t incredibly rare they do have some value. Older Avon Barbies will typically be worth around $20-$30 each whereas some newer ones will only be worth $10-$15.

Obviously the value of an Avon Barbie will vary depending on the condition, its age, and also its rarity. The better the condition, the older its age and the more rare it is, the more valuable it will be.

Values also vary greatly depending on the demand for the specific Avon Barbie. Even if you find a rare Avon Barbie if there is no one who is willing to buy it then the price won’t be very much.

In the rest of this article I will go into some additional details about how much some specific Avon Barbies are worth.

The Value Of Avon Barbie Dolls

Avon Barbie dolls are considered to be vintage collectibles. This is because they were produced specifically for Avon, and hence were not sold on toy store shelves.

It’s difficult to get your hands on some Avon Barbie dolls, which is why collectors will sometimes pay a lot of money to obtain one of the various Barbies in this collection.

Their worth will  depend on several factors, some of the most important ones being:

There are a little below 100 different versions of Avon Barbie dolls, and some collectors are trying to collect them all. Each of these Barbies represents an Avon representative from around the world.

Hence, you’re bound to find Avon Representative Barbie dolls in different colors, cultures, and with diverse backgrounds, such as American, European, or Hispanic.

Avon Barbies were created to be epitomes of culture and style, portraying and promoting diversity among women.

This is true to the Avon mission, which aims to service the needs of women around the world.

The Best Avon Barbie Dolls That Are Worth Money

Virtually all Avon Barbies will have some value to them but most will only be $10-$15 as I mentioned earlier. A couple of specific Avon Barbies that are a little more valuable are:

Among the most sought-after Avon Barbie dolls is the Rose Splendor, which belongs to the Avon Exclusive line of the Pink Label Barbie Collection.

The Avon Rose Splendor Barbie was released in 2010 and since then has been the talk of Barbie collectors world-wide.

This Barbie showed up in her glam rose-patterned long gown, with blonde hair tied back in a ponytail.

When bought, the Rose Splendor Barbie came with a certificate of authenticity, doll stand, and collectible box.

While the Rose Splendor Barbie was a top-seller, Mattel also created another version of the doll that wears the same gown and has the same hairstyle but with darker skin to reflect diversity.

These dolls have sold recently for between $50-$60 so they are far more valuable than the average Avon Barbie.

Another higher value Barbie is the Avon Winter Splendor Barbie doll. This one isn’t worth a lot of money, especially being that it is an exclusive special edition doll but at $30-40 it’s still worth more than most.

Only a few of its kind was produced and offered to the masses, which makes it a more valuable Barbie for collectors than other Avon Barbies are.

How to Determine the Value of Your Avon Barbie Doll

There are certain factors that make Avon Barbie dolls worth more or less money. If you have one in your collection and you’re looking to sell, you can determine the prices by taking a look at these factors.

Identity of the Doll

Some Barbie variations are more in-demand than others. So you would have to look at the year and model of your doll.

First-generation Barbies, which refers to those that were rolled out first when the collection was launched, are rarer and can often be sold at a higher price.

However, there are also some Barbie variations produced at a much later year yet can be sold at a high value. This is particularly true if the collection is rare and limited edition.

Collectors are on the lookout for certain Barbie variations, but aside from Barbie’s identity, they also want those that are in mint condition.

If your Avon Barbie still comes with its original box, accessories, and is undamaged, the value will be higher.

The worth of your Avon Barbie will decrease if there is damage or it is missing parts, has been dented, scratched, has chipped paint, etc.

If the demand for a Barbie collection is more than the supply, the Barbie can be categorized as rare and can be sold at a considerably higher price.

Naturally, limited production Barbies are much more valuable. Also, older dolls are much rarer than those most recently rolled out.

The increase in the value of Avon Barbie dolls has been trending up due to the fact that Avon no longer sells Avon-exclusive Barbie dolls.

They’re now out of stock on the Avon website, owing to the limited production of these Barbies despite the increasingly high demand.

The forecast is that no new Avon Barbies will be entering the market, which means those who have one in their hands hold a possibly very valuable vintage collectible item.

Because the increased demand is still there, the worth of Avon Barbie dolls is predicted to increase drastically over the next several years.

This is especially true for those in mint condition and that have never been taken out of the box.

If you want to get your hands on Avon Barbie dolls, now is likely the best time to start looking for one on eBay or in collectible shops.

This is because they may no longer be available in the next few years owing to the high demand and inflated prices.

The factors to determine the value of a Barbie doll include identity, condition, and rarity. Because the Avon collection meets these three factors, they can be worth a lot but are likely to increase further in the future.

Avon Barbie dolls were produced and sold exclusively by Avon. So if you have your hands on one of these vintage collectibles, you are holding on to a valuable item that could earn you big bucks sooner rather than later.