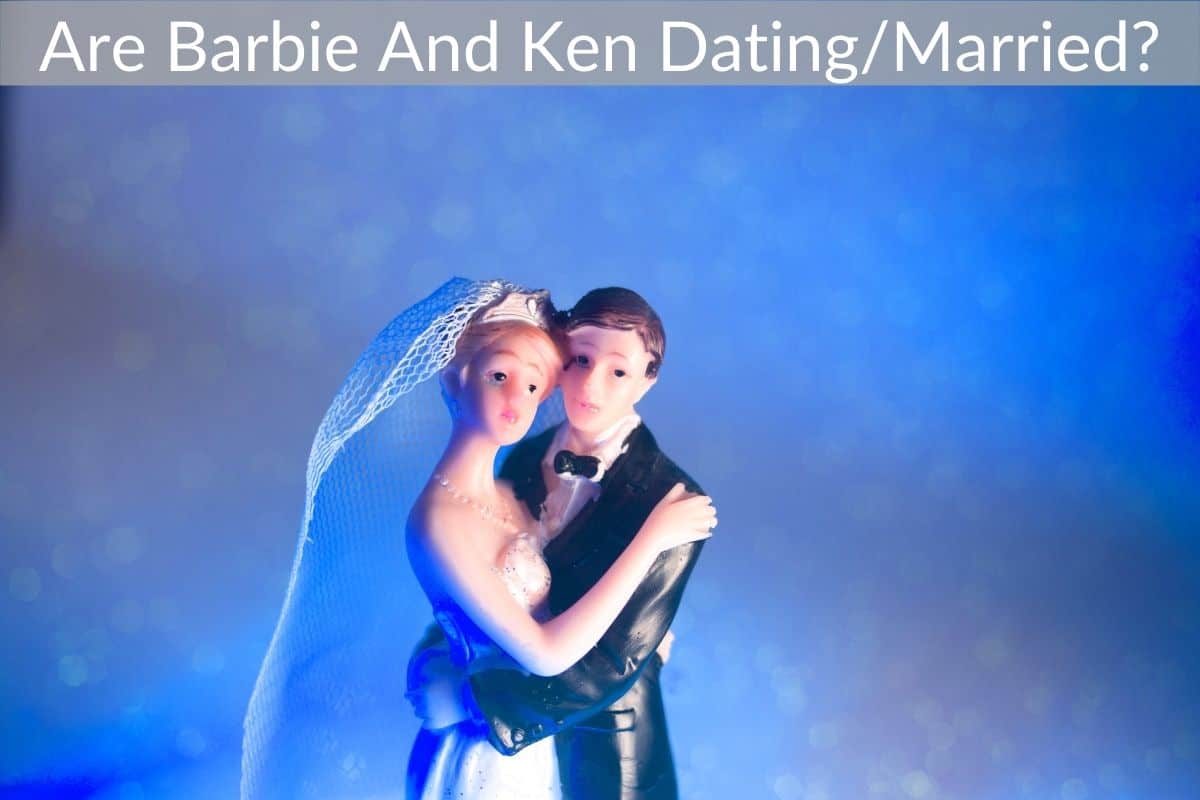 As a child you might have dreamed about getting married and having a big fancy wedding. Many people would even use their dolls (or their siblings) to recreate wedding after wedding.

If using dolls who would typically get used as the bride? The beautiful Barbie of course.

And who was the groom? Her adoring boyfriend Ken, obviously. Somehow everyone just always knew that Barbie and Ken were together, but were they really?

Or was Ken just the male equivalent to Barbie?

Ken and Barbie have been boyfriend and girlfriend since Ken’s release in 1961. The lovely couple were going strong until 2004 when Mattel came out and said that Ken and Barbie needed a split.  After a few years of being apart, the couple reunited on Valentine’s Day 2011 but they have never officially been married.

There have been “dream wedding” sets for both Ken and Barbie; however, there has been no official statement saying that Ken and Barbie are married.

Most people (myself included) feel that the wedding sets mean that they are married but no official word has been released from Mattel.

Did Ken And Barbie Break Up?

It can be fun getting caught up in the tabloids and reading about which celebrity is going through a break up and which celebrities are getting together.

There was a day that no one thought would happen—the day one of the world’s most famous couples decided that a break was needed from their long run of dating.

Ken and Barbie decided that a break was needed from their relationship on Valentine’s Day in 2004. However, as of 2011 they “got back together”.

Of all the days to break up, that has to be one of the worst. Mattel said the reason for the split was due to the fact that Ken would not commit and Barbie was very enthusiastic about committing. Many consumers believe that the split was a ploy to encourage sales of the new release of Cali Barbie.

Barbie remained quite busy that year to keep her mind off Ken.

A few years into the split, Ken got a makeover from designer, Philip Block. A few of his different looks included a bleach blonde Ken and dark hair Ken.

He was missing Barbie and wanted to impress her and win her back.

Toy Story 3, released in 2010, can be attributed to the success of Ken winning back Barbie’s heart. He was quick to impress, flirt, and change his clothes to try and win back the beautiful Barbie. Their love story in Toy Story 3 is much like their original meeting of love at first sight.

It looks like Ken’s makeover was successful in winning the heart of Barbie, but the two did still remain separated until 2011.

Ken did win her back on Valentine’s Day in 2011 (convenient right?). With a series of grand gestures which ranged from personalized cupcakes from the Magnolia bakery to billboards proclaiming his love, he won Barbie’s heart.

Did Barbie Date Anyone Other Than Ken?

In 2004, consumers followed the tabloids closely to see if there would be another man in Barbie’s life during her break up. Sure enough, shortly after her split with Ken, there was a new man on the scene.

Blaine, Cali Guy, was released early on in the 2000’s, but there was not much of him seen. He got a makeover and became a Native of Australia and loved to boogie board.

Shortly after the breakup of Ken and Barbie is when boogie boarding Blaine appeared. Blaine has a sister, Summer and it is said that through Summer is how Blaine and Barbie would have met.

Blaine became very popular right from the start and everyone loved him as Barbie’s supportive boyfriend.

For almost two years, Ken was nowhere to be found/produced and Blaine was the main man in Barbie’s life. In 2006 after Ken’s makeover, Blaine was getting a bit of competition.

After Ken’s look was updated, no new Blaine dolls have been produced.

Skipper was first introduced into Barbie’s life in 1964. Many consumers were frustrated at the sexualization of Barbie and wanted her to be a bit more realistic and family oriented.

Skipper is not Barbie’s daughter; she is actually her little sister. Skipper was created as a response to many consumers wanting Barbie to have a daughter but instead of having Barbie get married and then get pregnant, Mattel felt it best to just have Barbie become a babysitter.

This way Barbie was not too domestic and could have her “careers” and still have that domestic vibe while watching her sister, Skipper.

Skipper has been known to be the alternative Barbie for parents who did not approve of the adult-figured Barbie. Skipper has had many physical appearance changes throughout the years; after complaints from consumers.

Skipper has been created into the little sister we know and love today. Skipper’s body size has often been used to create celebrity Barbies as well.

What Happened To Hello Barbie?

There have been so many variations of Barbie and her line of accessories and careers, but one that stuck out to many consumers was Hello Barbie. This doll was revolutionary and almost guaranteed to be a huge success…so what happened?

Hello Barbies were created to be your child’s best friend and she was a new toy that would actually talk back to you. Not only would she talk back, but she would respond with more than just a few programmed sentences. Her unique responses were due to the technology inside.

She had a microphone, would connect with WiFi, and would act much like Siri, Google, Cortana, and other virtual assistants.

Mattel’s partner for the technology was Toy Talk, and while they had a great and revolutionary idea, their security systems were not up to par.

A child’s privacy was no longer a thing as Toy Talk’s privacy policy included that they would share the recording data with some third parties! Obviously many parents took great issue with this causing Hello Barbie to be pulled from the shelves.

While Ken and Barbie have been on the scene and a hot item couple for years, they have had their struggles and split as well. As of now, they are still together and happily dating.