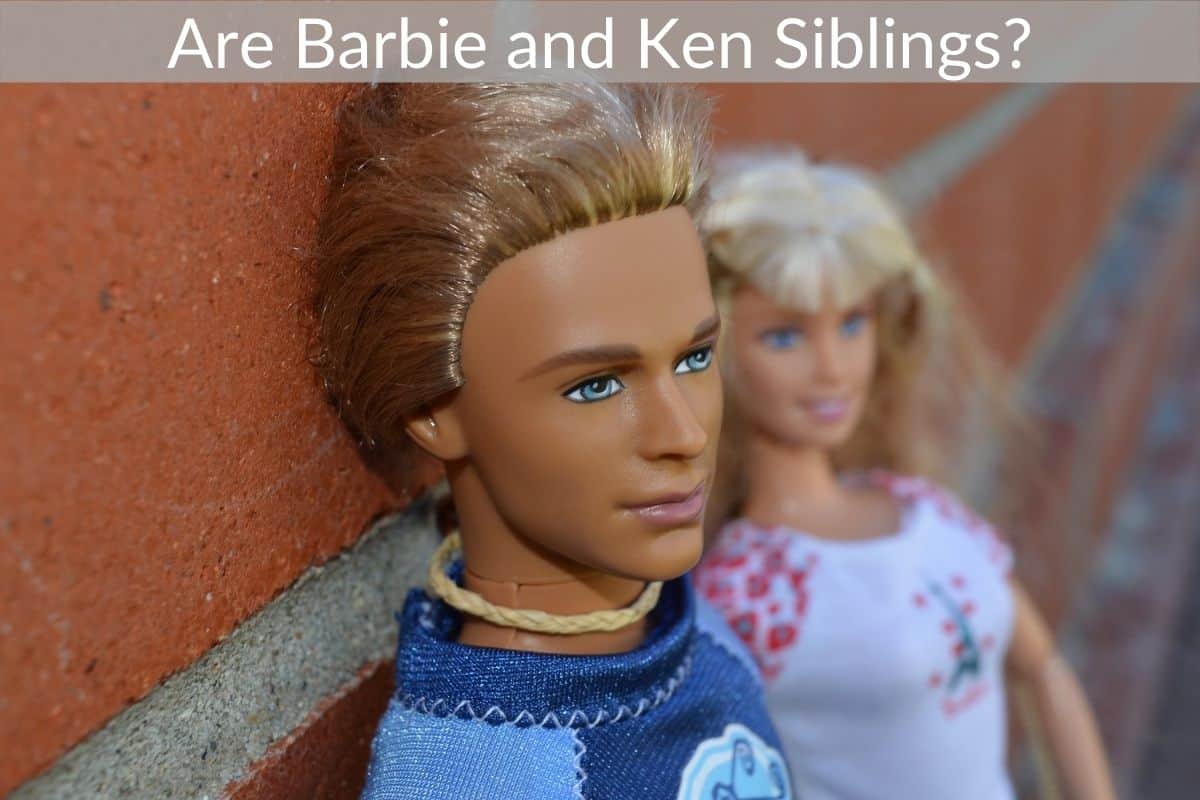 Barbie and Ken are one of the most famous couples of fictional worlds created in the last century. Besides one breakup that didn’t last long, their relationship has managed to stay the same throughout the decades, and so has their popularity!

Although Barbie and Ken were named after siblings in the real world, in the Barbie universe they are typically portrayed as dating or being in a relationship.

To see the most popular Barbies and accessories on the market just click here.

How Do Barbie And Ken Know Each Other In The Barbie World?

The details of how Barbie and Ken met each other and fell in love are unclear. Ken was only introduced to the Barbie World only after he became a part of Barbie’s life.

However, some sources claim that Ken’s family is either related to or is good friends with Barbie’s neighbors, the Heart family. Some others have also claimed that Barbie and Ken met on a commercial photo shoot and fell in love at first sight.

The second theory is more plausible than the first.

In 1959, when Barbie was launched, her first job was that of a fashion model. Only a year later, she began working as a fashion designer. Ken was introduced shortly after that in 1961. He was a fashion accessories designer by profession.

It was always pretty likely that Barbie and Ken crossed paths while on the job. On the other hand, it wasn’t until 1985 that the Heart family became known in Barbie World.

However, anything is possible in Barbie World.

Ken was introduced as Barbie’s on-again, off-again love interest, but the couple stayed strong throughout the years and fell in love again even after a public breakup.

The second time they fell in love wasn’t much different from the first time either. However, instead of assisting at a photo shoot commercial, both Barbie and Ken played themselves in a film.

It happened on the set of Toy Story 3, and while some fans said it could only be a publicity stunt for the film, the brand’s statement said otherwise. While they did fall in love during Toy Story 3, the couple only became official again on Valentine’s Day the following year.

It took Ken a few months and uncountable grand gestures of love to win Barbie back.

Who Are Barbie and Ken in the Real World?

The names of the dolls Barbie and Ken were derived from the names Barbara and Kenneth. In the Barbie World, Barbie’s full name is Barbara Millicent Roberts and Ken’s is Kenneth Carson.

However, real-life Barbara and Kenneth share the surname Handler as they’re both children of Ruth Handler, the creator of the famous dolls.

In real life, Barbara wasn’t only her mother’s inspiration for naming the doll, but she was also the reason for Ruth Handler to come up with the idea of creating the Barbie Doll.

Barbara Handler would play with paper dolls or baby dolls but pretend to be adults as a kid. Ruth observed her daughter’s play and felt the need to create an adult-looking doll for kids. She shared her idea with her husband, Elliot Handler, who brushed it off at the time.

Ruth and Elliot had already founded Mattel at the time and were manufacturing doll-house furniture and plastic frames.

A few years later, on a trip to Switzerland, 15-year-old Barbara Handler picked up a local adult-looking doll to play with. Ruth’s idea of creating an adult-looking doll came back to her, and she purchased another two pieces of it for herself.

Ruth used these pieces to draw inspiration from while she designed and created Barbie.

Ruth Handler and Mattel had to face a lot of backlash and scrutiny on Barbie’s adult figure. But Ruth’s idea of Barbie was to fill the gap of adult-looking toys for children. She wanted to give children a toy that could be anything and could set the inspiration for the grown-up dreams children may have.

Barbie’s changing professions throughout the decades is also a result of following Ruth’s philosophy.

How Are Barbie And Ken Different From Barbara and Kenneth?

The only similarity between Barbie and the real life Barbara is their first names. Barbie is a fictional character who lives in the Barbie World where everything is made of plastic, and nobody grows old.

Barbie has an unrealistic body and has gone on to work in over 200 different professions and owned over 40 pets.

Barbie also comes from a large family of 9 people, including her parents, five sisters, and one brother.

Kenneth Carson and Kenneth Handler also only share their first names. Ken has worked in over 40 different professions while Kenneth Handler only worked as a film director. Like Barbie, Ken’s body proportions are also unrealistic.

In contrast, Kenneth Handler was a regular human male who looked like an ordinary human male.

Kenneth Carson, or Ken, also has one sister and one brother, whereas Kenneth Handler only had a sister. A sad dissimilarity between the doll and the human is their status in their respective worlds.

Kenneth Handler passed away a couple of decades ago while the doll Ken is still alive. Unlike Ken, Kenneth Handler also lived a quiet life despite being in the entertainment industry and the inspiration behind one of the world’s most popular dolls.

Barbie and Ken’s relationship in Barbie World are a lot different than the relationship shared by Barbara Handler and Kenneth Handler in the real world. Besides their first names, there are no similarities between the popular dolls and the inspiration behind their names.