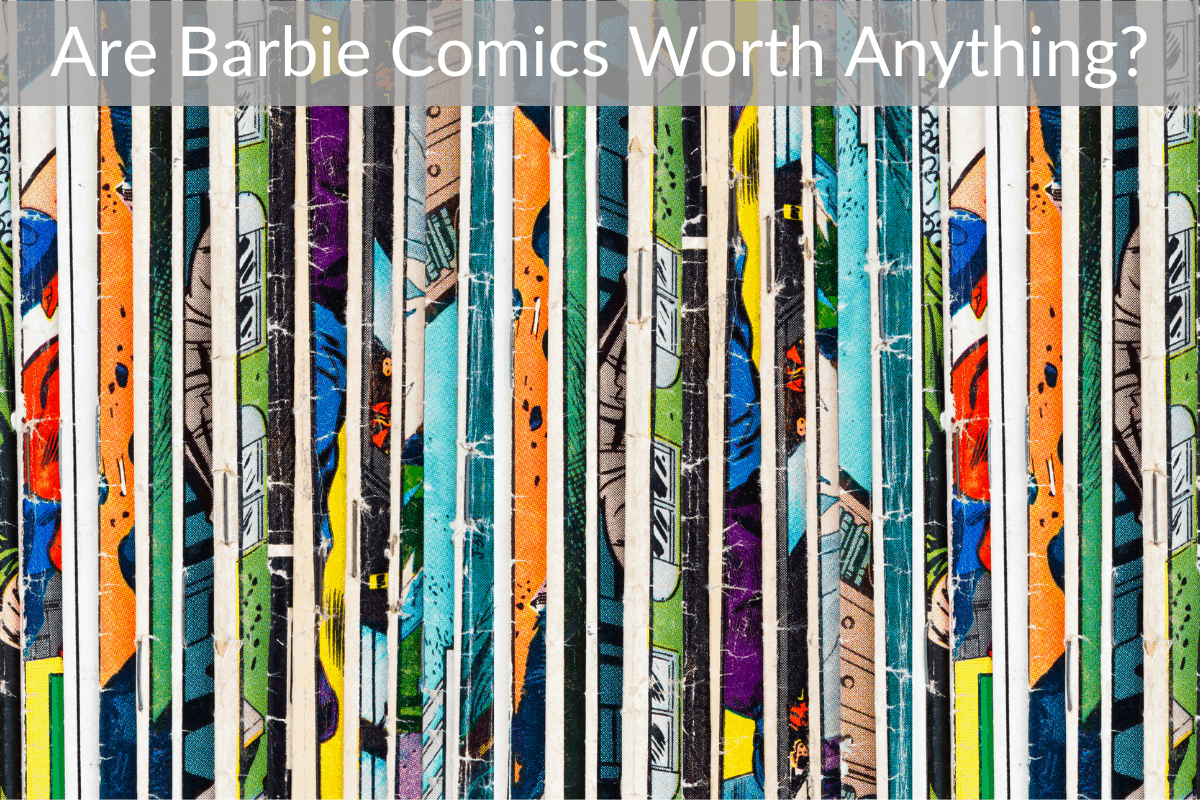 Barbie comics are an interesting item for collectors and Barbie lovers alike. Although they aren’t very old, many people enjoy them and think that they should be quite valuable… but are they?

Barbie comics are worth something… but they aren’t currently worth a whole lot. You can currently get the forts issue of the Barbie comic for only $10-$15 so they aren’t extremely valuable.

Since the very first comic is only worth $10-$15 the other later copies are currently worth less (unless you have an error or something like that).

Of course as with any collectible there are many variables associated with this question that are based on the collector, the appraiser and the current selling market.

Although these comics were made by Marvel and there is typically a decent market for Marvel comics, Barbie comics aren’t very valuable… yet.

They certainly could be far more valuable in the future but that’s really anyone’s guess.

There are really three different markets that you need to consider to see what the current value of your Barbie comics is. These three markets are:

In exact terms, yes, Barbie comics are worth money but just how much they are worth and whether trying to sell your copy is a personal decision.

Personally I don’t feel like the Barbie comics are worth enough that selling them at these prices is worth it. I would rather put it away for another decade or two and hope that the value grows over time.

To see how much you can get Barbie Comics for you can click here.

How Much Will a Comic Book Store Buy Barbie Fashion Comics For?

These places have the knowledge base and the expertise to know what you have and what it’s worth to them.

Many comic book stores buy and sell comic books as well as having consigning a comic book as an option (at some locations).

If the comic book is in perfect condition and a volume #1, the Barbie Comic Book collection, the current top price that you should expect to get is approximately between 12-15 dollars (as mentioned above).

The Barbie Fashion Comic Book collection which consists of 53 issues sell for approximately $9.00 an issue outside of the first volume.

Marvel also printed 3 special edition issues, 2 that were Halloween related. Those two will typically sell for between 15-20 dollars.

The last edition introduced Barbie’s sister Kelly. That issue is worth approximately 16-18.00 dollars.

Overall, they are not worthless, but the seller is not going to get anywhere close to rich selling them either.

How Much Will Online Platforms Pay for Barbie Fashion Comics?

Our society has reached an age where you can find just about anything online. Whether it is an online storefront or a private party selling an item, there is a platform for that.

eBay, Amazon, Mercari and Etsy are just a few of these platforms available to everyday sellers. eBay is an auction and fixed price site, so the buyer and seller have more options and risk.

The prices will of course differ depending on which of these four listeed sellers to consumer platforms you use. The current price range on eBay is about 1.25-4.00 an issue, while Amazon is bit higher at around 4.00 an issue.

However, on the last two selling platforms I mentioned the prices actually go up considerably. Mercari and Etsy are anywhere from about 20.00 to over 200.00. These selling platforms do not stay true to the comic book value that is offered through the experts so it’s really just people hoping to sell them at a massive profit.

Without being able to see the exact condition and aspects of the comic bookbuying online can be a bit risky. Even with a PayPal or credit card guarantee it is still a risk that many collectors are not willing to take.

Overall, eBay and Amazon are the best two online marketplaces to buy these comic books for an affordable price. The selling prices are under the real market value so selling on them will likely not get you a good price unless you set a high fixed price and hope that it sells.

How Much Will a Broker Buy Barbie Fashion Comics For?

A broker is an expert in the field of a specified product or object. A broker might be an expert in anything from Books, video games, memorabilia, or virtually anything else.

Some brokers will mainly focus on just one expertise and some will have a wide variety of items and niches that they know a lot about.

Brokers are available online and in person and they are also all over the world. So no matter where you are searching for one, the likelihood of finding one when needed is high.

Brokers will generally give two prices for a Barbie comic book. The first price is going to be what the market value is based on the edition, condition and consumer base. All these factors go into determining the value.

Brokers that are in the market to purchase the item you have will then offer you under the market value due to the broker still needing to make a profit. So, if your Barbie edition is worth 20.00, for a broker to buy it you would need to be willing to sell it for $10-$12.

How Much Will an Auction House Buy Barbie Fashion Comics For?

An auction house operates a bit differently than the other avenues of selling your Barbie comic books. You are still the owner, so the risk is all on the owner (YOU)!. The auction house will require an appraisal for market value based on the condition and current selling prices.

Auction houses generally have an in person auction, but some offer an online platform as well. The upside to this auction style is that they are using their credentials to reassure the buyer that the Barbie Comic book is in that stated condition and is authentic as well.

The starting bid will sometimes be the market value for the specific Barbie comic book that is being offered while other times it will start at zero and then go up. If a bid is placed on your item the price will then go up from there.

If the Barbie Comic sells, the auction house will receive a commission and other fees from the sale so you will receive the sale price minus those costs.

There is always the potential that the item will not sell at all so that’s something to keep in mind. It could also sell for far less than you want meaning the buyer gets a great deal and you are left with only a few dollars for your Barbie comic book.

Barbie comic books were in production for about five years, but despite the fact that they have the Marvel name attached to them the prices have remained quite low.

There does seem to be an online collector base for them, but the profit margins are not huge as of now.

There are comic books grades associated with different time periods of production and one grade classification is the 90’s. Having a knowledge base of the standards associated with the Barbie Comic Book Collection are important before you attempt to sell your items.

Dealers and Brokers are looking to turn a profit (since they are a business), so a Barbie Comic Book Collection is going to net a smaller profit most of the time going this route.

An auction house gets a percentage of the sale so the more the seller gets, the more they get, however, you are leaving yourself open to taking a tiny amount if there isn’t more than one person at the auction who wants your comic.

Knowledge and education about the collection the seller has is the best solution to selling a Barbie Comic Book Collection independently. Knowing what you have and setting a realistic selling price increases the potential of you selling it at all.