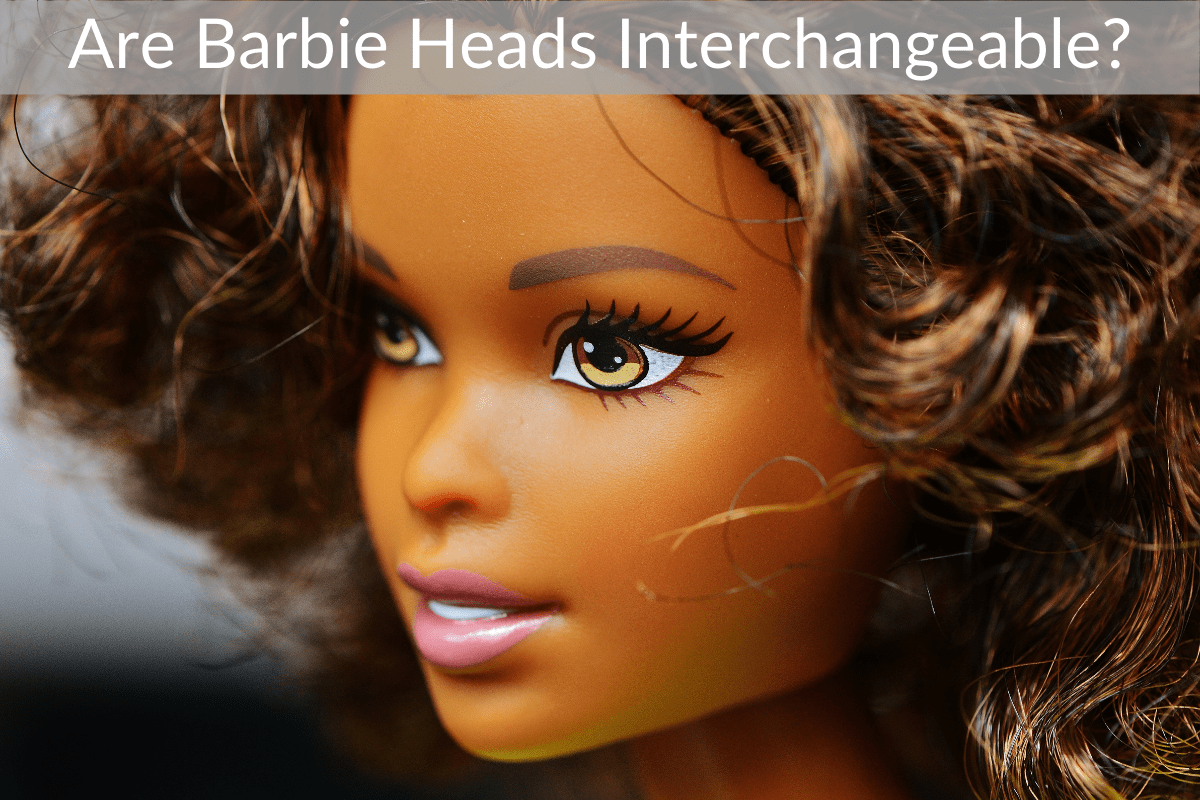 Barbies are icons — anyone who grew up in the last 50 years will surely have memories playing with Barbie dolls when they were younger. Not only were they good toys to play with (or to steal from your siblings), but they also became style icons for little girls.

There are a lot of things to love about Barbies but probably the number one reason to live them is their versatility.You can do so many things to your Barbie dolls, like changing their clothes, hairstyles, and even swapping the heads.

The heads of a Barbie doll are removable. Hence, you can interchange the heads of your dolls as you see fit. This can be useful to change the Barbie’s style or to swap out the body if your dog happened to chew up the Barbie’s arms!

You can also buy head attachments to change the look of your Barbie anytime you want. Toy stores often sell extra Barbie heads with different facial features as well that you can choose from.

However, not all Barbie dolls have interchangeable heads. There are Barbie lines and collections with dolls whose heads cannot be detached. I will go into more detail about how exactly you can detach the Barbie dolls heads later in this article.

To check out all of the different Barbies on the market (that you could change head with) just click here.

Why Are Barbie Heads Detachable?

Most Barbie dolls are made in a specific manner so that their heads can be detached from their bodies when needed however they don’t just pop off easily in most cases.

The Barbie was made this way for a particular purpose, that is giving the Barbies some form of plastic-made joints and making the doll easily movable by the child that is playing with it.

Because of that, you are able to move their heads at different angles, make them face left or right, etc. It makes playtime with Barbies more interactive as compared to dolls that you can’t move all of their parts.

Aside from that, detachable Barbie heads allow little girls to be more imaginative with their dolls. It gives them the freedom to change their looks depending on how they want them.

You can remove the heads and interchange them with the heads of your other Barbie dolls, or even head to the store to find a new look for your Barbie.

Another reason for detachable Barbie heads is so that you can use them for longer. The head and hair of a Barbie doll are usually the first things that wear down or get destroyed (unless you have siblings or animals that chew on them!)

By being able to detach a Barbie doll’s head, you can replace them and make your Barbie look as good as new without going out and buying a brand new one.

It’s worth noting, however, that there are some collections that do not have detachable heads, such as some Barbies from the Fashionista collection.

How to Interchange Barbie Doll Heads

Because most Barbie dolls have detachable head units, you might be thinking that it’s easy to simply pull the heads out and install them on to another Barbie’s body.

But it actually is a bit harder than it sounds. The heads, although removable, are securely put in place, so it may take a little extra work to detach them than what you are thinking.

However, there are some things that you can do to make removing a Barbie’s head and changing them a little bit easier. Here’s how:

Hold your Barbie by the scalp, making sure that your hand is holding the edge of its head, cupping the hair, and keeping it away from the face.

The importance of holding your Barbie in this manner is to protect the hair when you blow-dry the Barbie doll. This will help prevent damage.

The head of a Barbie doll is attached to the body securely. In order to soften the vinyl and loosen the attachment, you’re going to have to apply a little bit of heat using a blow dryer.

Turn on your blow dryer and let the air flow to the base of your Barbie’s head where it attaches to the neck. Do the same thing for the backside of the head as well.

Ideally, your blower should be at the highest setting to make this a bit quicker. Allow the heat to soften the vinyl for about 1 minute. If your blow dryer has a lower wattage (below 1500 watts), do it for a minute longer.

On the other hand, if your blow dryer has a wattage higher than 1500, use the medium setting.

When doing this, make sure that the hot air is not touching your Barbie’s hair or your fingers. Also, be wary of how long you’re heating up the base and make sure you’re not doing it for too long.

When the vinyl head softens, it’s now easier to remove it. Take a secure hold of your Barbie’s head and then pull it gently. Rock the head side to side while pulling upwards.

The head should pop off easily. If you feel like there is still resistance as you pull, it means that the vinyl is not soft enough to easily detach the head.

If this happens, blow-dry the base for another minute or two.

When the head detaches, you should see a vertical stick sticking out from the neck of your Barbie. This is called the neck post and is an essential part you will need to reattach the head.

Turn your attention to the head that you just detached. Hold it around the scalp again and cup the hair. Blow-dry the head again for 20 to 30 seconds.

You’ll need to apply heat to the base again on the body that you are putting the head on in order to make it pliable enough and easy to attach the head to its new body.

Step 5: Attach the head to its new body.

While the head is still a little hot, take its new body and reattach it by inserting the neck post in the head and gently pushing it down.

The head should click in immediately. If not, blow-dry it again for 20-30 seconds.

And there you have it! You have a new and unique Barbie doll!

It’s important to note that Barbie doll heads come in different sizes, depending on the size of the doll itself.

The standard Barbie doll size is 16 inches but different collections will also have petite and tall Barbie variations.

Typically, you can only interchange the heads of similar-sized Barbie dolls, but this method can also work with slightly different head sizes as well.

You can also use boiling water instead of a blow dryer if you don’t have one of those. To see how to do this method using boiling water just watch the video below.

Most Barbie dolls, apart from those in specific collections, have detachable heads.. So you can play around with your Barbie’s looks and give them a new appearance anytime that you choose to.

Removing the head of a Barbie and attaching it to another is fairly easy as long as you follow the instructions. So go on and give your Barbie a new look!