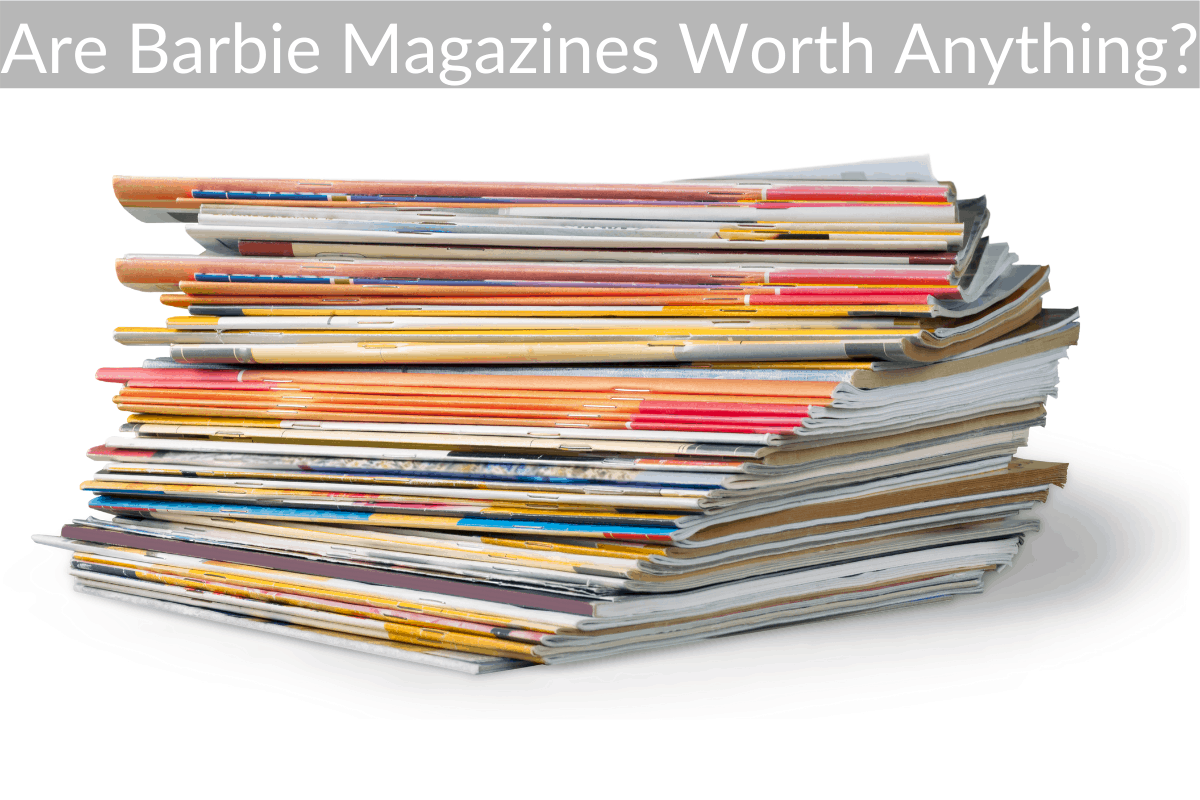 Barbie magazines are perceived as being more valuable if they are a rare volume and are also in mint condition. Many collectors find worth in Barbie dolls and magazines but how much each one is worth can vary quite a bit.

Although traditional magazines are slowly going out of business as the trend continues to digital instead of physical magazines, that doesn’t change the fact that Barbie’s are still worth something… but how much are they really worth?

It’s possible that these Barbie magazines will become more valuable with time but as of now they aren’t worthless but they also aren’t incredibly expensive.

One of the main reasons that the Barbie Magazine’s value hasn’t increased a lot is that there were so many of them produced. When you have millions of items made every year then the supply of them is just too high for them to become incredibly valuable.

The Barbie Magazine highlighted the adventures of the different Barbie girls and the magazines contain the characters’ fun times with pets, friends, and families.

They were designed to also give a glimpse of the latest fashion and trends present in the Barbie world.

Barbie magazines came in various themes that you or your kids could choose from.

The history of Barbie can be seen quite well by looking at their magazines over the years. You can see the fashion statements, barbie collectibles, and even the way that Barbies have changed since first being released.

To see the current values of some specific Barbie Magazines just click here.

Should You Get A Barbie Magazine Subscription?

If you or your children are massive Barbie fans then getting a subscription to the Barbie Magazine might seem like a great idea. Afterall, they aren’t super expensive and I just mentioned above that the magazines are worth something.

Is that still true with new Barbie Magazines?

New Barbie Magazines should only be purchased if you and your family love Barbies and will get enough enjoyment out of the magazine to make the purchase price worthwhile. If you are looking to buy Barbie Magazines for a collection you are much better off buying those from the early days that are still pretty cheap and holding them for future value.

Why are Barbie Magazines so cheap?

There are many magazines and comic books from the 60s that are incredibly valuable with many of them selling for thousands of dollars. However, that doesn’t hold true with Barbie Magazines even if they are over 6 decades old.

Old Barbie Magazines aren’t valuable because of simple supply and demand. There is a lot more supply of them than there is demand so the prices stay low.

Supply and demand is an important concept to understand especially when collecting items or talking about older toys/magazines.

Items become more and more valuable when the demand is high. High demand causes the supply to dry up thereby driving prices even higher. However, if there is much more supply than demand (as is the case with the Barbie Magazine) then the value will drop.

It’s certainly possible in the next few years that Barbie Magazines from the 60s will start to increase in value as the supply continues to dwindle however, if there aren’t enough collectors that want them, then the prices will stay cheap.

Below are a few different Barbie magazine examples you might want to check out if you want to become a collector or are simply interested in Barbie.

Some will be more valuable than others but again, none of them are super expensive.

Barbie and Her Friends

Typically evolving in the modern world, this magazine features Barbie’s life in the city.

The story is centered around her and here friends and kids can design and color crafts, posters, and activities within the pages of the magazine.

Redan Fun to Learn publishes this magazine monthly for kids 3 to 9 years old.

Using Amazon’s Magazine Subscription, you can control your subscription setting anytime to get the latest issue or updates for the next release.

Digital access makes it easier for kids and parents to check out auto-renewing offers as well.

The Barbie magazine holiday issues never fail to capture the hearts of kids.

Aside from the usual beauty features, this magazine adds an extra touch to the issue by introducing fun holiday activities on the pages.

Kids will enjoy how Barbie prepares pretty gift bags and wraps up gifts.

Season to Sparkle also includes participation and interaction as kids can tick off one of the Barbie items and make a wish list for Christmas.

To make it more fun, Barbie Season to Sparkle has a particular page for classic Christmas Bingo games for the kids to play with their friends over the holidays.

This issue tells of Barbie’s fun activities during the summer.

The Barbie Magazine of Summer includes the season’s hot and exciting crafts, Barbie’s fab and stylish clothes, and games that are perfect for the weather.

One of Barbie’s activities is making a beautiful summer hair garland, which kids can try on their own.

On the other portion of the magazine, there’s a step by step guide on fan-making, perfect for the hot temps by the shore.

Barbie Magazine (Summer) will also be packed with a special sneak peek into the beautiful world of Barbie Dreamtopia, puzzles, and coloring activities.

Vibrant and well-illustrated, this magazine brings the splash right out of the pages.

Although the prices could go up in the future it would require many more people to get into collecting them which as of now just simply hasn’t happened.