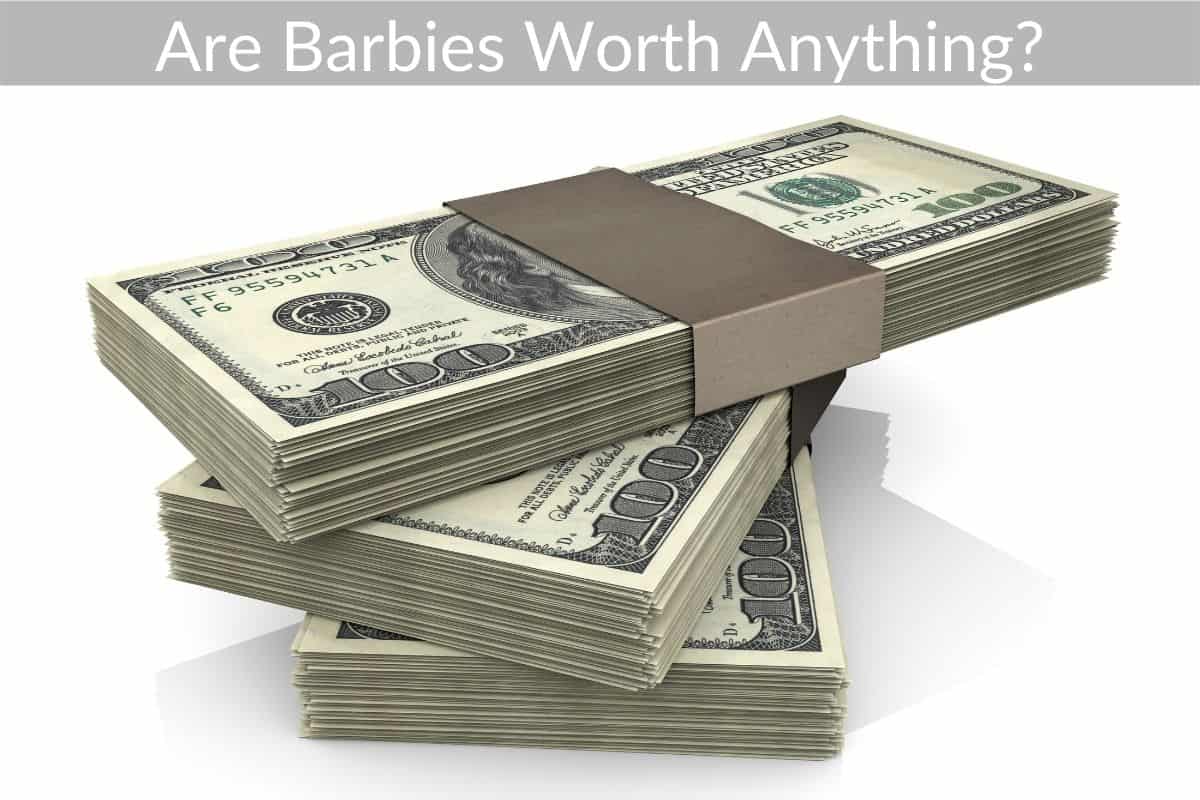 Barbie dolls are iconic, gorgeous and some are very valuable. Their flawless makeup, perfectly placed hair, and stunning outfits are notorious. Named after her daughter, Barbie was created in 1959 by Ruth Handler.

The doll was sold for $3 then and now the original Barbie dressed in her black and white striped swimsuit sells for over $27,000!

Sixty years later Barbie is still just as popular as she once was and they have added a variety of skin and hair colors, careers and clothing, and accessories to match. Even animated movies have been made starring Barbie herself.

Though a toy, Barbie is a collectors item as well. Many people love to acquire rare or vintage Barbies. If this sounds expensive then you are right.

Vintage or limited edition Barbies are definitely worth a lot of money. In fact some of them will sell for thousands of dollars.

Her stylish clothing makes her pop out and a little girl can imagine she is anything. Saying this, vintage Barbies or Barbies with limited stock are definitely the most valuable Barbies.

How Do I Know If My Barbie Is Valuable?

Most little girl’s toy collections include one of these timeless beauties. When a new one comes to the shelves, they will likely put it straight on their Christmas list.

If you are one of the lucky people that has kept your Barbie for years, you may be wondering how much it is worth?

Several things factor in when it comes to the value of a Barbie doll. The original box, condition, and rarity are all things that make Barbie more valuable.

The main thing that makes Barbie valuable is if the blonde haired fashion model doll’s supply exceeds its demand. If there are only a few of a specific model and everyone wants one, it’s going to be more expensive to accumulate.

Barbie will also be valuable if it is one of the vintage dolls made in the 50s or 60s.

If your Barbie is still in her box this makes the value shoot up even higher as well as if she is in great condition. The rarity of the doll also makes her more valuable.

Some Barbies only had a certain amount that were manufactured so coming across one of these is a treasure for sure.

Which Barbies Are Worth The Most Money?

Now we know that Barbies are indeed worth money if they are rare or vintage. But you may not realize how expensive they actually are. Your Barbie doll is really valuable if it checks everything on the rarity list.

Barbies are worth anywhere from $10 to thousands of dollars with the most expensive one to date being the Stefano Canturi Barbie.

Below is a list of the top 15 most expensive Barbies:

Who would’ve known back in 1959 with the original Barbie that she would become one of the most valuable toys.

If you are curious as to how to sell your collectible Barbie, there are online collectors groups just for this.

Ebay and Amazon are also great ways to make some money on your older dolls. But they are only worth something if there aren’t a lot of them left, if they are still in the box or are a vintage doll.

What Are The Rarest Barbie Dolls?

Rare Barbie dolls are extra special because they only made a certain amount of them when released and there are only a few out there. As I said before, if the supply of the dolls is a lot less than the demand for them then they are considered rare and the value will increase drastically.

The rarest Barbie doll is the Stefano Canturi Barbie. Because there are only a few that were made of this blonde beauty that features a black feminine dress and diamond jewelry. This Barbie is also the most expensive.

The De Beers Barbie is second rarest after the Stefano Canturi Barbie. Both feature real diamonds and can sell for a high price.

Then there’s the originals.

The one that started it all.

And it is really rare as well.

Vintage Barbies are recognized by a few things. Dolls made before 1972 have a “Made in Japan” stamped on the bottom of one of its feet. Ones made before 1968 have divided fingers because of how the mold they used at that time detailed it.

Early Barbies have “Barbie” stamped on one of her hips and they also have slim faces while the newer Barbies have more round facial features. Also, older Barbies have a high ponytail hairstyle that is one of its trademarks.

So Barbies are worth money! And depending on the condition or rarity, can be worth quite a lot.

Barbie is a little girl’s favorite doll to play with and also a collectors item. Many rare Barbies can be sold for thousands of dollars.

I wonder if Ruth Handler knew how much her slim figured, blonde-haired blue eyed doll would end up selling for and how popular it would become, when she created that first one back in 1959.

Since then, Barbie has become incredibly famous and is truly a timeless toy.