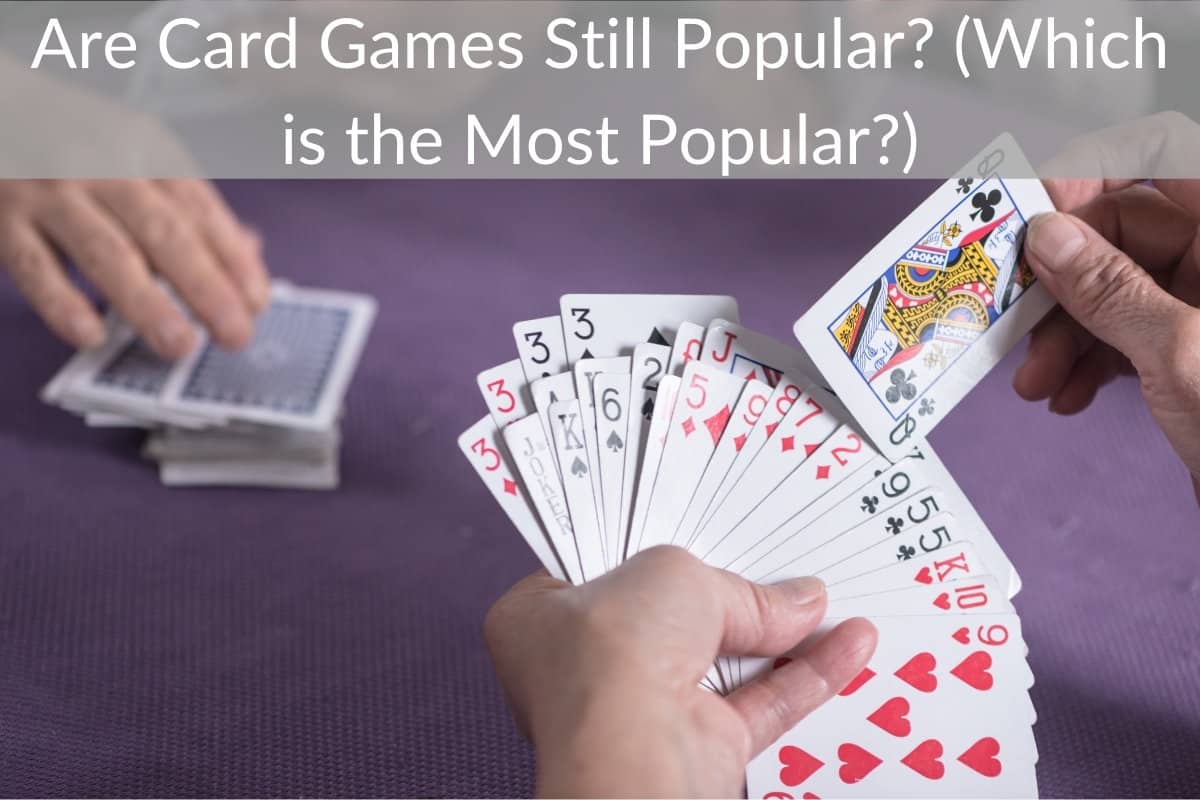 Card games have been a staple in the gaming industry for decades. With the resurgence of pass-time games recently, board games and card games have really started to flourish again.

If you are looking for the next game to consider adding to your collection, you really need to take a look at all the new card games that are available.

Card games are a great way to expand your game collection. They don’t take up a lot of room and are easy to travel with. In addition, the range of game types is very wide, and there is sure to be something that will fit your personal tastes.

When looking at the card game industry, it is broken down into three basic types of games: playing cards, non-collectable card games, and trading card games.

Each of these types of games have their own set of positives and negatives, but each is likely to have something you will enjoy.

The popularity of specific card games seems to come and go, but as a whole the industry has stayed popular through these changes.

Of course games like Rook, Dutch Blitz, and Uno have been staples for years, but aren’t the most popular titles in today’s market as everyone tries to find something new to play.

Poker, Blackjack, and Texas Hold ’em, are very popular right now as well. They have even garnered enough attention to have television shows featured on major networks like Bravo and ESPN.

Another game that has blossomed in popularity again is Pokémon.

This popular trading card game has cards that will sell for thousands of dollars to the right buyers!

In addition to these traditional card games, the board game industry has taken note of the popularity of card games. Games like Life and Monopoly have even adapted the rules and produced card games.

This in and of itself is a big indicator that the card game industry is strong right now.

When looking for what is the most popular game, you have to look at this in the separate categories mentioned earlier.

For traditional playing card games, Poker is probably the most popular type of game, but that is a very large category itself.

Popular Trading Card Games include games like Pokémon, Magic: The Gathering, and Yu-Gi-Oh!

To see Amazon’s current most popular card games, you can click here.

TCG, or Trading Card Games, are card games that are played with decks of cards built by players from a massive collection available to them. Usually, these games are purchased in small packs commonly referred to as booster packs.

The main thing about the TCG industry is cards are constantly being released. The games in the genre have to maintain popularity despite changing demographics and appeal to players again and again.

The TCG industry has been around since the 1990’s, with the initial release of Magic: The Gathering.

For years, the standard for a collectable card game in the industry was Magic, and it really still is today. Due to its popularity, other games have been released, and continue to be developed even today.

Games like Pokémon and Yu-Gi-Oh have also become very popular.

Pokémon released in the US in 1999 and was an instant hit. It was released at the perfect time as the cartoon really hit its height and propelled a massive surge of interest in the card game.

Yu-Gi-Oh on the other hand is a TV series that is actually based on a TCG. Its popularity allowed for the release of a TCG shortly after the show hit the air.

Yu-Gi-Oh is actually credited as the most popular TCG by Guinness, and has over 35 billion cards in circulation!

TCGs are absolutely still popular as evidenced by the amount of money that some people will spend on the rarest Pokemon or Yu-Gi-Oh cards. Rare TCG cards have even gone for tens of thousands of dollars!

Yu-Gi-Oh, Pokémon, and Magic all have a secondary market for their players that would make you scratch your head. Rare cards of each game are sold in store and online for tens of thousands of dollars, and there was even a Yu-Gi-Oh card that sold for a reported $2,000,000.

If an industry can sustain increased values of that nature for decades, it is absolutely still popular. If your kids played these games when they were growing up and you still have them in a box somewhere, you would probably be smart to have someone look at your collection.

You could be lucky enough to be sitting on a fortune and not even know it.

Is Yu-Gi-Oh as Popular as Pokémon?

When looking at the trading card platform, there are really three major games that everyone knows about.

The first is the original, Magic: The Gathering. This was the original game that created the industry that is so popular today.

The other two major games are Yu-Gi-Oh and Pokémon.

These two games have very similar histories as they both started as another type of entertainment.

Both of these originated in Japan where Pokémon started as a cartoon, while Yu-Gi-Oh started as manga.

Both of these were released in Japan the same year and they were both transitioned to trading card games at the same time.

When looking at the popularity of the two games, you have to look at it in two ways, here in the U.S. and globally.

In the U.S. Pokémon has gained more popularity overall when compared to Yu-Gi-Oh; however, globally it is the opposite. In fact, Yu-Gi-Oh is the most popular TCG when we consider the global market.

All three of these juggernauts in the TCG industry are very popular. Each has very strong secondary markets that could make you enough money to call it a full time job.

If you are looking to get into a TCG style game, I would be sure to look into all three, as they all have a slightly different flavor, and your taste may be different than that of others.

Card games have been played since the 14th century.

Their popularity has always been strong, and there are some benefits to these types of games when compared to board games.

Don’t be afraid to pick up a new card game, as their popularity doesn’t seem to be going away anytime soon and the newest releases are often the most fun to play!