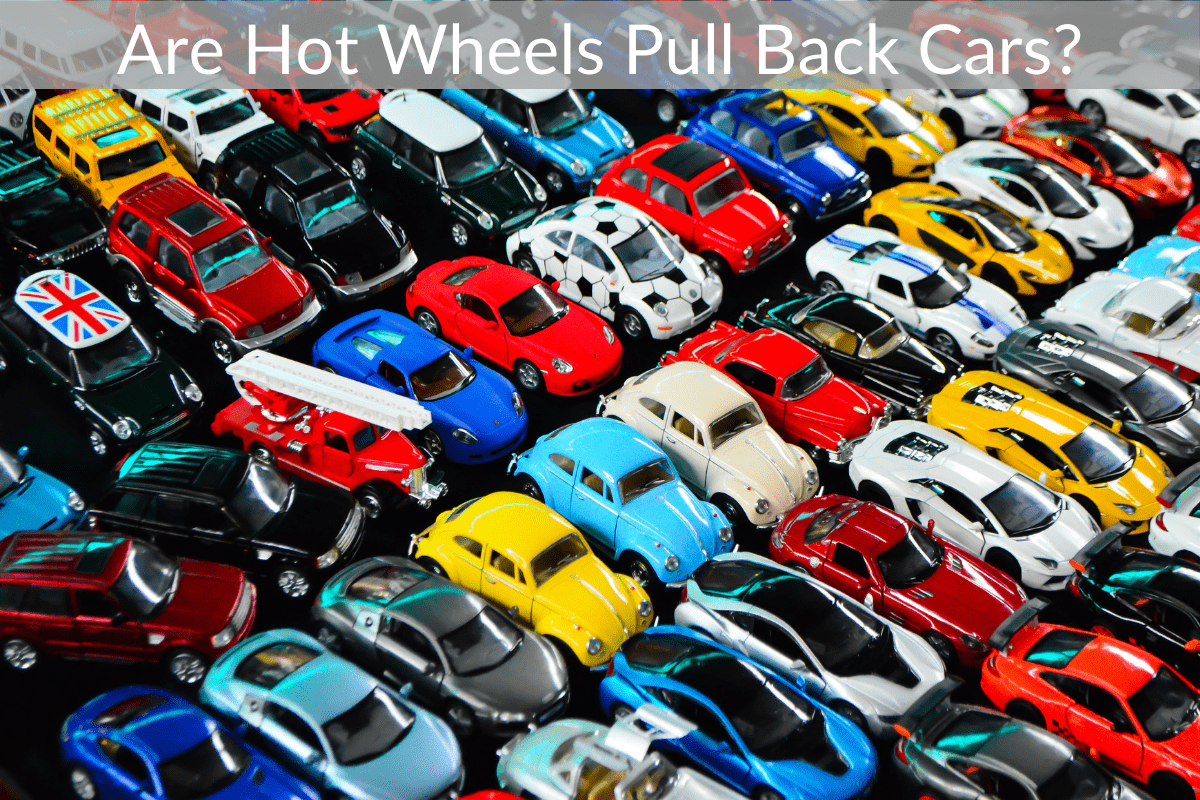 Hot wheels have been incredibly popular toys since the 1960s. They have been a staple for kids to race, play with, and even build tracks for over the years but despite being around for over 50 years now there are still many people who are confused about them.

In today’s article I will be specifically talking about the pull back version of Hot Wheels and whether all Hot Wheels are like that or not.

Hot Wheels offer a lot of unit types, including pull back cars but not all Hot Wheels have the pull back and release mechanism in them. That means not all of their cars are designed to be pulled back, but they have some available ones on the market that do so.

With 11,000 variations and 800 different models, Hot Wheels has been the leader of the toy car industry for years now. The brand has also revealed that for every single second of every single day, eight of their cars are sold!

That’s a lot of Hot Wheels!

In the rest of this article I will go into more detail about which specific Hot Wheels vehicles are pull back cars so if you are looking for those models then you will want to keep reading. Before I get into that I think it’s important to clarify what I mean by pull back cars first.

If you want to see the most popular Hot Wheels you can find them here.

There are quite a few different Hot Wheels on the market that you can purchase that have the pull back motor in them rather than simply being the normal cars. The most popular Hot Wheels pull back cars are:

Coming with 6 assorted pull back cars, this Hot Wheel set offers a variety of colors and designs you can choose from.

The Pull Back Assortment cars is specifically designed to prevent excess friction and thus works for any type of playing field (although they will go farther on tile or hard surfaces).

These pull back cars most amazing features are that you will get to enjoy driving these cars without spending any money on batteries.

It doesn’t allow for an amazing adventure like the battery ones can, yet it has a fair share of amusement which toy car lovers surely can’t resist.

Make way for the Hot Wheels Mighty Speeders Pull Back Vehicles and their breathtaking features.

As one of the exciting collections of the brand, these pull back vehicles arrive in vibrant colors and stylish designs.

The size of this pullback car also makes it easier to use and more thrilling for children as well.

If you are a player who has been looking for toy cars with solid pull-back friction control, then the Mighty Speeders Pull Back Vehicles is an ideal option to consider.

Like the previous model, this pullback type requires no batteries to use (hence why you pull them back).

Hot Wheels has another collection that mainly features pull back cars. Called Speed Demons, this line of cars seems to cause goosebumps for children all over. There are quite a few different cars in this line.

Below are some notable top units for the Hot Wheels Speed Demons Pull Back Cars:

Inspired by the original model called the 1964 Deora show car, this Hot Wheel unit contains design elements that have been improved by technology, particularly on its oval windshield over the engine spoiler and modernized surfboards.

The designer of this Hot Wheel, Nathan Proch, made use of the accessible design cues taken after the creation of the 1996 Ford Taurus station wagon.

Designed by Garry Saffer, the ’32 Ford was first released as one of the debut series of the 1998 first editions.

The Hot Wheels Pull Back car ’32 Ford is made possible and modeled after the ’32 Ford Deluxe five-window coupé. It was a hot-rod unit that caught the hearts of millions.

The current model introduces a classic yet conventional type of toy car.

The tools for this Hot Wheels unit were excellently modified in 2017. One of the highlights that set the ’32 Ford apart is that the blower feature becomes a part of the car body.

To flaunt this interesting perk, there is a piece of metal that shows from the front of the toy car’s casting body.

The Hot Wheels Speed Demons Overbored 454 is an original model designed by Phil Riehlman. Tuned and remodeled, this unit takes after the 70’s Chevelle SS.

It features the 5.0 V8 Psycho Maxter engine, garnering a speed of 275 mph and a horsepower of 845 (or at least the original car does).

Because of its impressive mechanical specifications, the Overboard 454 is hailed as the muscle car that changed the game of American street races.

The Overboard 454 has been popular in many different Hot Wheel lines including in this one.

Modified in 2016, this car had some minor changes, particularly turning its base and the chassis to be more metal.

Hot Wheels are known to be the realm of excellent toy cars promoting speed, power, and attitude. Maelstrom is one of the finest proofs that the brand is keeping its promise.

With twin V-8 engines, this car powers large scoops to pull in the air. The double rear pipes and side vents remove the exhaust out from the 24 cylinders.

Maelstrom came about from the brand’s design brief in creating a vehicle suitable for the European Hot Wheels market.

Originally, Maelstrom appeared to have a strong casting resemblance with Twin Mill and Twin Mill II.

The designers had to go back to the drawing board and think of new ways for the Maelstrom to still be built with a big attitude, big power, and big engines.

The Maelstrom today is the final mid-engine design and a forward cockpit that tends to bear the top qualities of a high powered engine and maneuverable rear pipes for firing.

Hot Wheels considered this as one of the toy car models they heavily invested in to become one of the most sought after pull-back cars on the market and serve children the satisfying feeling of having a unit that comes with a powerful structure design as well.

What Is A Pull Back Car?

Pull back motors are considered to be one of the most common toy car types. With its easy-to-maneuver mechanism, children will just have to pull the car backward and release it to witness it moving quickly forward (although for a short period of time).

Pull back cars are designed to go across the entire room before they come to a full stop and often the distance traveled by pull back cars are 10-15 feet (depending on whether it’s a hard floor or carpet).

The mechanism of pullback cars is based on the general principle of Newton’s Third Law of Motion, which specifically implies that every action has an equal and opposite reaction.

The toy car moves further than it was first pulled back. Such movement is powered by a clockwork motor built inside the car.

Hot Wheels is a dependable toy car producer who tailors their unit variations according to their patrons’ timeless demands.

One of their impressive creations is the pull car models that have different power and design features.

More players turn to pull back cars as they are easy to use and fun to play around with.