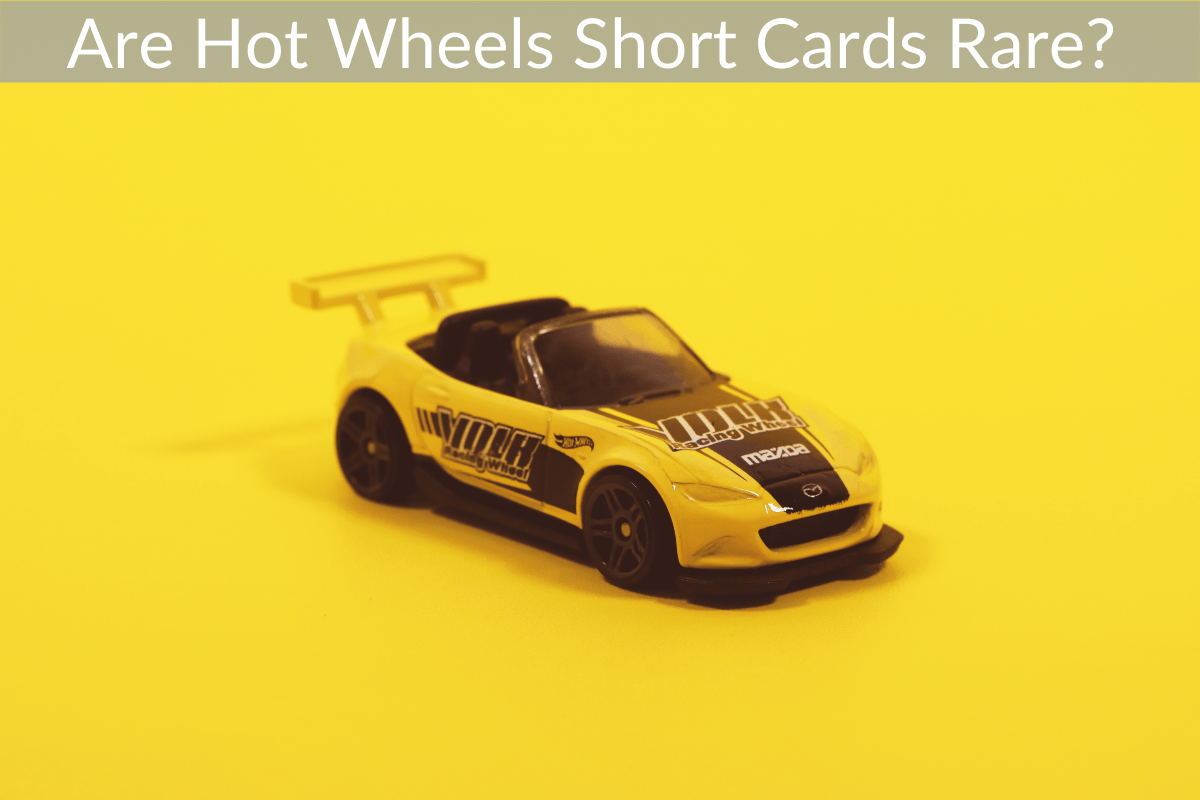 The Hot Wheels short cards packaging, where the cardboard piece enclosing the car is smaller than the standard size, is much rarer than the normal style that we traditionally see in toy stores.

However, just because we don’t see them that often doesn’t necessarily mean that they are rare.

Although Hot Wheels short cards are rare in the USA, that is only because it is the packaging style used predominantly in other countries. If you were to travel to those countries it wouldn’t be rare to see a short card.

This is known as a more aesthetic packaging option because it highlights the car in a unique way when compared to the packaging that most people are used to seeing in the USA.

To see some current short cards that are available and what the current prices are just click here.

Hot Wheels have been a part of most everyone’s lives for many years now. What used to be just some play toys for kids are now considered valuable collectibles and are much sought after by enthusiasts.

Because the franchise has made such a name for itself, it has garnered a wealthy fan-base, contributing to the rising value of Hot Wheels cars especially those that are old, rare, or both.

Collectors who source and invest in Hot Wheels cars as a hobby are very much aware of what can help them earn money in the industry — or otherwise get a hold of a very valuable piece.

Some of the rarest Hot Wheels cars that are also high in value are those from the Redline era, which was the first-generation of Hot Wheels.

Even the packaging of a Hot Wheels vehicle can contribute to its value and rarity. Hence, the recent hype for Hot Wheels short cards.

In the United States, the standard packaging is used, which means that the cardboard backing that helps to enclose the Hot Wheels cars is much bigger and has a unique look.

One way isn’t necessarily better than another but both require you to decide on which you prefer for your personal collection.

Collectors who put value in the packaging of their Hot Wheels cars, as well as those who make it a point to only collect short cards, know the uniqueness of this type of packaging.

It’s not only the size that differentiates the short card packaging from the long card or standard ones either.

They also differ in appearance and have unique features not seen in standard Hot Wheels packaging we see in United States toy stores.

To help you identify Hot Wheels short cards, here are their characteristics that are different from normal Hot Wheels.

Of course, the first noticeable difference between the Hot Wheels short cards and the standard or long cards is the size.

Short cards are significantly smaller, with fewer details on the front of the card to make space for the vehicle and showcase it in an aggressive and attractive manner.

Further, Hot Wheels short cards are commonly in blue, but this would also depend on the model of the vehicle and it’s age.

Rarer, limited-edition models may come with their own customized short card packaging and have different card colors.

The short cards are known to be much more attractive, with a design that helps showcase the model while it is still packaged and also keeps it from being as awkward as traditional USA packaging is.

Front of the Card

Like any toy packaging, Hot Wheels also displays the most important information on the front part of the packaging.

The front part of a Hot Wheels short card has the following information:

Back of the Card

As mentioned, all the important information is displayed on the front side of the shirt card. However, the back also has some detailed information that the user might need.

Some information that can be found at the back of the card include:

Hot Wheels cars are very versatile, which matches the preferences of their collectors and users. People who buy Hot Wheels also want something unique for their collections which is where the desire to collect short card Hot Wheels comes from.

The models that come in short card packaging are not rare, per se but, the short cards are an indication that the car was made internationally.

The short cards are the predominant packaging option for Hot Wheels cars in Europe, which is why we don’t often see them in America and hence making it more rare for American collectors to have them or even collect them in the first place.