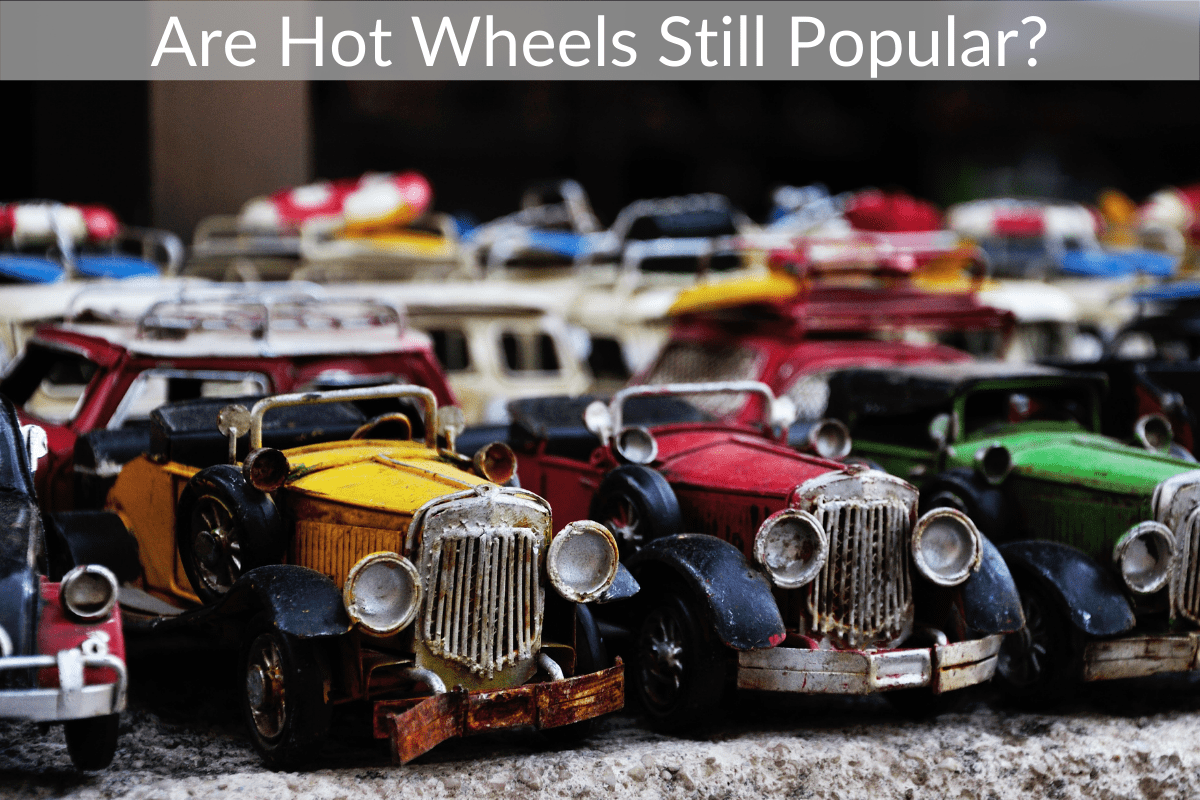 If you were to ask 100 people what the most iconic and most popular toy for children is, chances are, a good amount of them would answer “Hot Wheels.”

In fact, Hot Wheels is often a go-to gift that people get for their kids, cousins, nieces/nephews, and even adults (that are collectors)!

It’s hard to find anyone who won’t appreciate a Hot Wheels car since most people (myself included) grew up playing with them.

This is just one piece of evidence for how popular Hot Wheels still is.

Hot Wheels are still popular nowadays, thanks to all of the people who are still passionate about them and buy them for their friends or family members because that’s what they grew up playing with as well.

Despite the fact that Hot Wheels have been around for over five decades, they are still an incredibly popular toy and will likely still be popular for many years to come.

To see some of the most popular Hot Wheels cars currently available you can click here.

Why Are Hot Wheels So Popular?

Hot Wheels has garnered a lot of hype since when they were first introduced in 1968. What’s really surprising though is that over half a century later, Hot Wheels are still popular and sold in all major retail stores.

Perhaps the popularity of Hot Wheels is because of its overall concept. They spark the interests not only of children who like playing with toy cars but adults as well!

These little toy cars make for great collectibles, something that car enthusiasts and gearheads really appreciate.

There are many people that are known to be very passionate when it comes to automobiles, which is why there can really be no question as to their interests in Hot Wheels too.

Hot Wheels display the rarest, coolest, and most remarkable cars, speaking to automobile enthusiasts on a very personal level.

Because of this, they’re sometimes even given as freebies and prizes in gas stations, appealing to gearheads and automobile fans.

Another reason why people love Hot Wheels so much is because of their versatility. There are so many different car models and makes that have been made as Hot Wheels versions as well as many amazing concepts that aren’t from real vehicles at all.

For many people, getting a Hot Wheel is the only way to have your dream car, in miniature form. This makes many models very attractive to buy and add to one’s collection.

The company behind Hot Wheels also tries to create more hype for their toys by releasing rare, limited-edition versions. Most of the time, there are only a few of these in existence which makes collectors want them even more.

Many of the most valuable Hot Wheels cars were owned by renowned collectors and legendary personalities in the automobile industry.

This is why a lot of avid fans and collectors would pay big money to obtain these. There are tons of Hot Wheels cars that are worth a lot with the most expensive one being valued at $175,000!

Innovation never stops with Hot Wheels either. Every year or so, there is a new collection for kids and adults alike to drool over.

And this continuous dedication to providing new and innovative products helps the company move forward and extend the Hot Wheels legacy year after year.

The Rarest and Most Valuable Hot Wheels

Hot Wheels that were manufactured during the first decade of its launch are known as those belonging to the Redline era.

These vintage toy cars are becoming more and more valuable than they have ever been before (and that’s unlikely to change). Those who have managed to keep and maintain (in good condition) those Hot Wheels cars from the 1960s and 1970s are holding very valuable items that can be worth a lot of money.

Rare Hot Wheels cars, such as those manufactured only limitedly, are also worth thousands of dollars today.

Here are some examples of the most valuable Hot Wheels cars.

The Collectors Gulf Racing Set was one of the most iconic Hot Wheels sets released.

Only 4,000 units of each car were created, which makes them pretty rare considering that millions of these toys are sold annually.

And of course, the rarer they are, the higher their value. Car models from the Collectors Gulf Racing Set are each worth a lot of money, around $700 each. The set can cost around $2,000 or more as wel.

Many collectors are looking to obtain all the cars from this set and are willing to pay a lot of money to do so.

Shelby Cobra cars are an American favorite. So Hot Wheels made a collection dedicated to these amazing powerful vehicles.

The commemorative edition cars of the RLC Cobras sold out quickly during its initial run. And since then, their values have steadily increased.

If you want this in your collection, be prepared to shell out anywhere between $500 to $1,000. The more expensive ones are those in the best condition and carry the most in-demand serial number.

Hot Wheels collections are worth a lot of money, and for those who aren’t ready to spend billions of dollars buying real-life vehicles, they instead invest in Hot Wheels.

The most in-demand collectible Hot Wheels cars are those that mirror real collectible vehicles. And this is what makes the BRE Datsun 510 a must-have.

The ones in the best condition can sell at a much higher price, but avid collectors are very willing to pay serious dollars for them even if the condition isn’t perfect.

The Volkswagen Drag Bus is one of the most popular Hot Wheels cars, which is why its value has spiked up drastically.

Volkswagen Drag Busses come in various different versions, but the most expensive ones are those that were released with limited supply.

Nowaday, these can cost about $200 at the very least. Some collectors put theirs up for grabs starting at $1,000!

It’s been over half a century since the first release of Hot Wheels cars, but even so, their popularity just seems to get bigger and bigger.

No matter what age you are or whether or not you were born during the peak of the Hot Wheels hype, you surely know about these toy cars and likely played with them as a child yourself too.