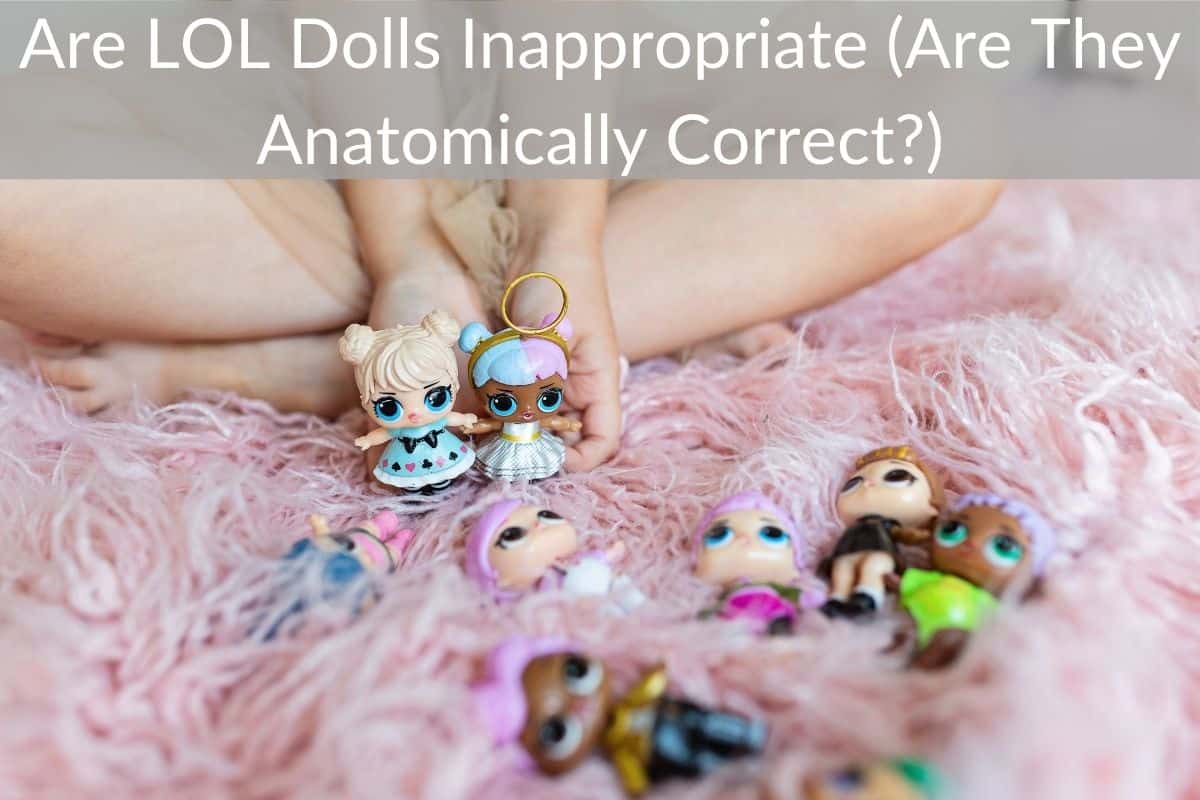 Dolls are something all kids play with whether male or female. They can be either gender, have different colors for their hair, eyes, and skin color. Is it inappropriate if those dolls are also anatomically correct?

LOL dolls are considered to be anatomically correct, meaning that they have body parts like actual people. To some people this is seen as inappropriate as they don’t believe children should be playing with dolls like that while other people have no problem with it.

Does this make them inappropriate? Ultimately the answer to this question is up to you.

LOL Dolls went on sale in test markets in late 2016 and quickly took the world by storm. The dolls come inside a ball, once you open the ball you would find multiple layers that contain stickers, bottles, accessories (hair bands, shoes, glasses and outfits), secret messages and then finally, the doll.

Part of the excitement for these dolls is that you do not know which one you will get until you open the package. The dolls started out as mainly female dolls, but recently they have started to release male dolls as well.

The outrage over LOL Dolls started once people began to notice that the dolls were considered to be anatomically correct.

What exactly does this mean?

It means that the dolls have the appropriate body parts for whichever gender they are based on. This caused an outrage among many parents, while many others supported and appreciated that the dolls were anatomically correct.

Isaac Larian, the CEO and founder of MGA Entertainment, released a statement saying “all of our LOL Surprise baby dolls have been, and will continue to be, anatomically correct. We believe in the importance of clarity and authenticity with our products and our consumers, and this approach has been carried through all of our products over the past 40 years.”

On one side of the fence were parents who thought that this was highly inappropriate. They feel that this caused a discussion that should not have happened for their younger children. They also strongly believed this was a topic that should be approached and discussed when they felt that the time was right and when the parents were ready to explain the differences in boys and girls anatomy.

On the other side of the fence were the parents that spoke out in support of the dolls. These parents thought that it was acceptable and/or important to have anatomically correct dolls.

At the end of the day, it is your choice as a parent on how you raise your children and what you believe to be appropriate or inappropriate for them as they grow up. While the dolls are anatomically correct, I will leave it up to you to decide on the level of their appropriateness for your children.

To see the most popular LOL dolls on the market today just click here.

​What Is So Special About LOL Dolls?

​LOL Dolls have made headlines in the news for more than one reason. Upon their release in late 2016 they quickly gained popularity. When the boy LOL Dolls were released, they made headlines again for a totally different reason. That reason being that people noticed the dolls were all anatomically correct.

​The excitement with LOL Dolls is that they are a total surprise and also offer delayed gratification when opening them.

The LOL dolls come packaged inside of a ball, once you open the ball you will find multiple layers that contain things from stickers and mix and match accessories to secret messages and then finally, the doll itself.

Part of the excitement for these dolls is that you do not know which doll and accessories you will get until you open the package. This mystery/surprise that comes with buying these dolls is extra fun for kids which is why so many of them like the dolls.

LOL dolls are also released in a series meaning that every doll is not always available. Series 1 of the dolls had 28 dolls, series 2 had 83, and series 3 had 34 pets. The LOL dolls also have limited series and several other major releases as well bringing the total of dolls you could collect to well over 250.

​These dolls come in a few different sizes, so let’s break them down.

The medium green balls have lil sisters and have five layers for you to unwrap.

The medium yellow balls are for pets, and they come with seven layers.

The smallest ball is for charm fizz bath bombs, and they have three different layers.

​The LOL dolls come in several different series and each one has different and exciting dolls. Big sisters, or tots, can change color in water, pee, cry, or spit. Not all big sisters can do each action, so there is one more added surprise when you open your doll!

To find out which action your doll will do, just fill the head up with water and give it a squeeze. The head, arms, and legs can move so that they can be put into different positions.

Lil sisters will change color when put into warm or cold water. While their legs and arms do not move, their heads can be adjusted.

​As previously mentioned, each layer in the ball contains different things for your doll. These can include mix and match accessories!

​With all of these options when buying the LOL dolls, it is easy to see what all of the excitement with them is about! The only downfalls I can see would be spending a ton of money to collect them all and not being able to know which doll you are getting so you might end up with duplicate dolls and accessories.