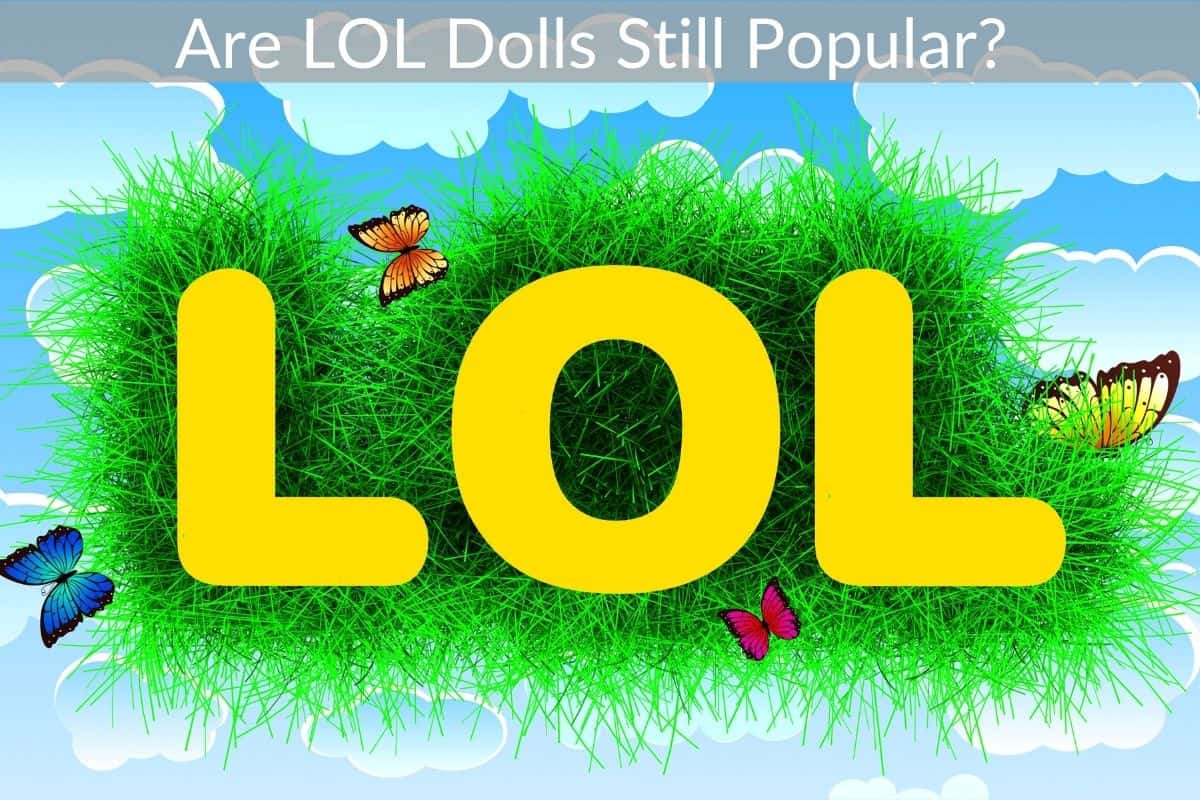 Launched in late 2016, LOL Dolls gained instant popularity and reached the spot of the number one toy before their first anniversary. The company behind LOL dolls were quick to increase the production of their most popular toy as well.

Within two years of the initial launch of LOL Dolls, they were found with a variety of characters and sizes.

But, are LOL Dolls still as popular as they were before?

LOL Dolls are still incredibly popular even multiple years after they were first released. The company that makes them (MGA Entertainment) considers them to be one of their most successful toy lines to date.

Let’s learn a little bit more about why they are popular.

It is easy to understand the reasons behind the popularity of these Lil Outrageous Littles, aka LOL Dolls. Firstly, the name LOL Surprise was what gained the dolls their attention initially. Kids love surprise toys, and this statement is proven by the decades-long popularity of Kinder Surprise.

The chocolate-covered egg with a small toy was first introduced as an Easter special. However, the US laws strictly restricted the placement of non-edible items within an edible. Hence, Kinder Surprise eggs aren’t found in the US. However, they are very popular in Europe and Russia, where the relaxed laws allow their promotion and distribution.

Overall, the popularity of Kinder Surprise Eggs was and is undebatable. This is the trend that laid the groundwork for LOL Dolls’ popularity. Since LOL Dolls come in surprise eggs as well, they continue to be very popular.

To see the most popular LOL Dolls currently on the market just click here.

What Is It About LOL Dolls That Makes Them So Popular Among Kids?

Surprises within a Surprise, LOL Surprise brought the excitement of getting a surprise toy to kids in a safe manner. The doll present inside the packaging is never the same as shown on the outside of it. However, not knowing what doll is inside is only part of the surprise.

The various layers of the packaging also contain mini surprises within them, from fun stickers and secret messages about the doll inside to accessories for dressing up the doll.

The secret messages about LOL dolls can reveal surprise elements about them. But, before the kids follow these messages, they have to decode them first.

While the secret messages are not vague, they come in the form of a couple of emojis with a plus sign in between. For example, a secret message may contain the emojis for the sun and lips. This may hint that the lip color of the LOL doll will look different or change in sunlight.

Decoding the message about the doll and knowing about its fun qualities before its reveal just adds to the excitement.

Kids can fill the tumbler with water to make their LOL Doll drink it. Once the doll is filled with water, the kids can gently squeeze it to make it cry.

The packaging itself is also designed in a way that adds mystery to the doll. The exterior is a box, which makes it easy to stack on shelves and the box also ensures safety of the package.

The box then contains a packaged ball that contains the surprise. The ball has layers of packaging. As a kid peels the layers, stickers and secret messages begin dropping from between them. Once all the layers have been peeled off, the plastic ball comes out.

The surprise doesn’t end there though!

The inside of the ball is divided into further layers so it can fit the accessories for the LOL doll.

The clever details in the packaging of LOL Dolls are what earned it instant and apparently long-lasting popularity. By increasing the levels of packing and giving kids something different at every level, they have increased the excitement level at every layer of the unwrapping process.

The first series of LOL Dolls came out with 45 different dolls that you could collect. This added to the toy’s popularity by making a game out of collecting all the LOL dolls in the series.

Many kids wanted to collect all the dolls, but they couldn’t just buy them at the store as they never knew which doll they would get. The only way to find out was to buy it, bring it home, and peel off the layers of the packaging.

This posed a challenge to the game. While the challenge was easier in the beginning, meaning that there was a lower chance of a kid ending up with a repeat doll, the challenge became difficult with each doll the child would buy.

When the challenge became too difficult, it made the kids and their parents reach out to other families to possibly swap their repeat dolls to complete their collection. The popularity of LOL Dolls further increased as parents and kids began talking about them with each other.

Collecting the entire series of dolls, on the one hand, added to its popularity and the overall excitement associated with the toyline. Each doll came with different accessories, which were usable with other dolls.

This particular feature was another surprise hidden in the overall series. Once a child had a few dolls, they could experiment with all the accessories and add more fun to their playtime.

The manufacturers of the toyline made the challenge as simple as they could by producing each doll in the LOL Surprise series in equal numbers. This meant that kids would have an equal chance of picking up any one of the 45 dolls from the shelves of a particular store.

Do LOL Dolls Make For a Good Gift?

The answer to this depends on the kid who will be receiving it. While most kids love playing with dolls, not all kids are fond of them or want to collect a whole series.

Even if such a kid once loved LOL Dolls, they might have lost interest in the toy recently.

While LOL Dolls do make for an excellent gift, especially with the increased variety and different sizes, it’s best to ask the child directly or even their parents if they’d actually like them.

Even if a child doesn’t play with dolls, they might still appreciate LOL Dolls as LOL Dolls are collectible items and are still popular among many people. They can be a great gift for kids (or adults) who’re interested in this hobby.