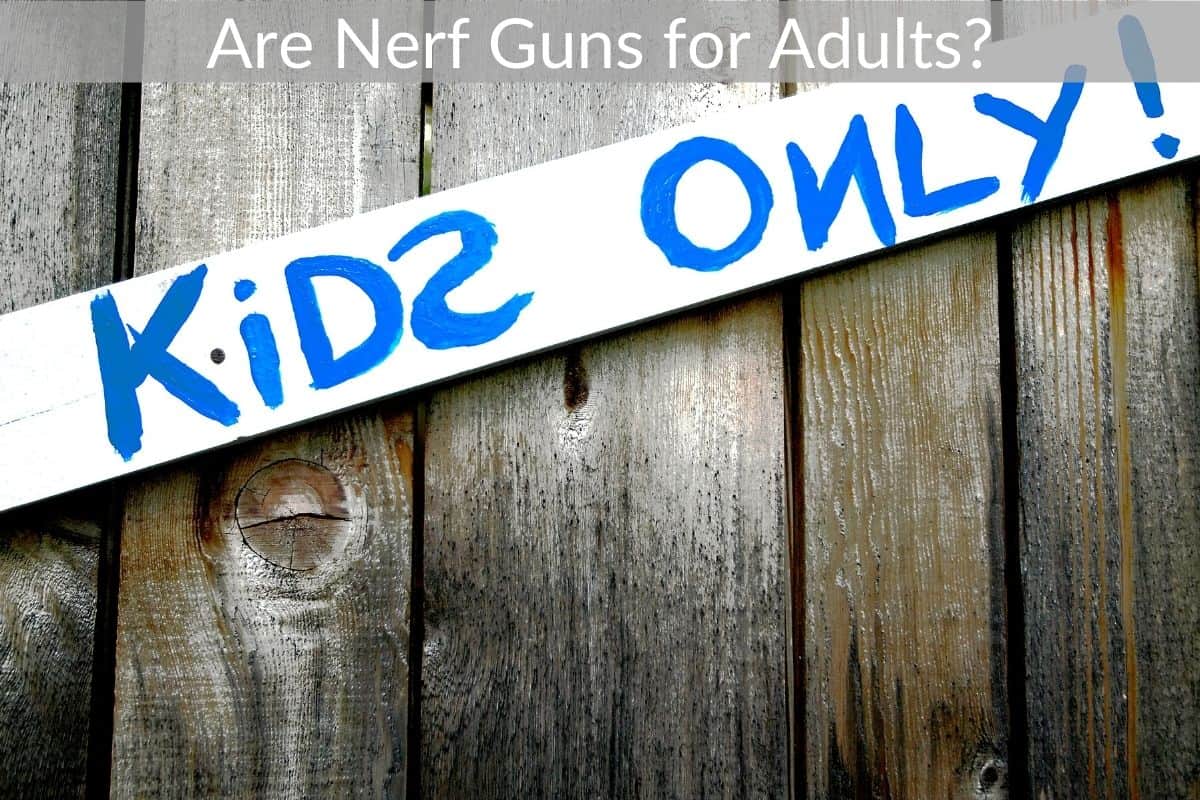 The Nerf gun. A toy gun made in a variety of colors, sizes, shapes, and power levels. With its foam darts, balls, and discs it is one of the most popular toys for younger children. And for good reason.

Everyone can enjoy using a Nerf gun and getting to fire foam bullets at their friends for lots of laughter and fun.

Nerf guns are for anyone and everyone! Whether you are 6 or 60 you can have fun playing with a Nerf gun and there is never really a danger of injuring yourself or anyone else.

Nerf was invented in 1968 by a man named Reyn Guyer who is also actually the creator of the game Twister. Back then it was a four inch foam Nerf Ball that could be played indoors and from there started to make its way into homes of Americans everywhere.

Jump forward in time and Nerf Pool, Nerf Ping Pong, Nerf Hockey and Nerf Football (which is still available today) are all games present in homes across the U.S.

Then Hasbro bought Nerf in 1991 and in 1989 began to “blast” off with a Nerf Weapon of which the first was the Blast A Ball, a small, projectile-firing cannon that was the first of the Nerf Weapons.

Today, Nerf makes all sorts of guns each with a unique style. Currently with 17 different Nerf series on the market, 43 separate Nerf blaster series and almost 1400 blasters that are active and discontinued.

Each uniquely designed blaster is created to provide different levels of game play. Nerf is good at what they do!

To see the most popular Nerf guns on the market today just click here.

Can Adults Use Nerf Guns?

Are Nerf guns for kids only? No way! Lots of adults enjoy battling friends by firing foam darts from their carefully selected or modified blaster.

Nerf guns are not only for kids because when it comes to who can play with a Nerf gun, there is no age limit!

Some of the most popular Nerf guns for adults are the following:

All of these machines are considered the best if you are serious about a good Nerf war. They have great accuracy, power, distance, and speed. Not to mention the design aspect is pretty cool.

As a kid I’m sure you remember that multi-colored awesome looking Nerf blaster on the shelf in the toy aisle. You remember begging your mom to buy it for you and lost all hope when she said not right now.

Then Christmas morning came and what did you unwrap? The newest and coolest foam dart shooter.

You were so excited. But do kids now get that amped up over a toy gun? It was said that Nerf sold 40 million blasters in 2020. From this number it looks to me like they are pretty well-off.

People do still play with Nerf guns! They are fun and a great way to be active and competitive for both kids, teens, and adults.

It seems like the older a child gets the less apt they are to pick up a Nerf gun and instead they pick up an XBox controller and play video games. This isn’t a bad thing since everyone has their own “thing” they are into.

However, it is good though to get a balanced amount of indoor and outdoor play.

An article from Naperville Central High School was written in 2018 on the popularity of Nerf. They mentioned Nerf still being up in sales and that it wasn’t the company changing but the kids who used to play with their merchandise.

“Children who once played with Nerf guns are now engaged in alternative activities such as interacting with technology.”  writer Kiran Kasbeker states “…from playing with Nerf guns to playing video games…also seen a transition from Nerf guns to social media on phones.”

Then there is always the opinion of parents on the matter. Some parents felt uncomfortable handing their child a toy gun to play with. They don’t want them thinking it’s ok to shoot people with guns.

Parents Magazine quoted educator and author Jane Katch saying “Ideally, kids can make their own guns, or pretend that some other toy is a weapon, because it’s a more flexible, imaginative form of play…But I don’t advise parents to ban water guns, cap guns, or other pretend weapons if their child is interested in them because that sends the scary message that holding a plastic toy could make you a dangerous person…Banning play guns also makes them more desirable.”

Although, unfortunately things happen and accidents do happen, it is not proven that playing with a toy gun of any kind as a child causes them to grow up to be dangerous adults.

In the end you as the parent have control over what your child should and shouldn’t play with.

Is It Illegal To Carry Nerf Guns?

Ever wanted to pretend you were a spy? Running about the city on secret missions while carrying your firearm with you? This may sound fun to you but it may not be so fun to other people around you.

Plus if this fantasy is carried out by an unruly person and they shoot other people with their Nerf gun this could be considered assault.

Carrying a Nerf gun in public is not illegal in the USA although you should have your kids pointing them at people. Nerf guns however are prohibited on an airplane or in schools.

With gun violence at the forefront of most people’s minds, many states will not allow you to bring a Nerf gun into schools for safety reasons. It is nothing personal, just measures to keep everyone safe.

So you can stick to enjoying your Nerf gun in the privacy of your home, yard, or at the local park. Some cities even have a place built just for Nerf wars like a Nerf Arena!

Speaking of safety, never shoot a Nerf gun at very close range at someone’s face or eyes. If you are hit at a very close range directly at your eyes then you could possibly be seriously injured. It is a good idea to have your child wear eye protective gear such as goggles when playing with their Nerf guns.

Some adults like using Nerf guns in a Nerf war just as much as kids do. It doesn’t matter how old you are if you enjoy Nerf then go for it!

There are even blasters made for older players so get out there and enjoy the excitement a Nerf gun can bring.