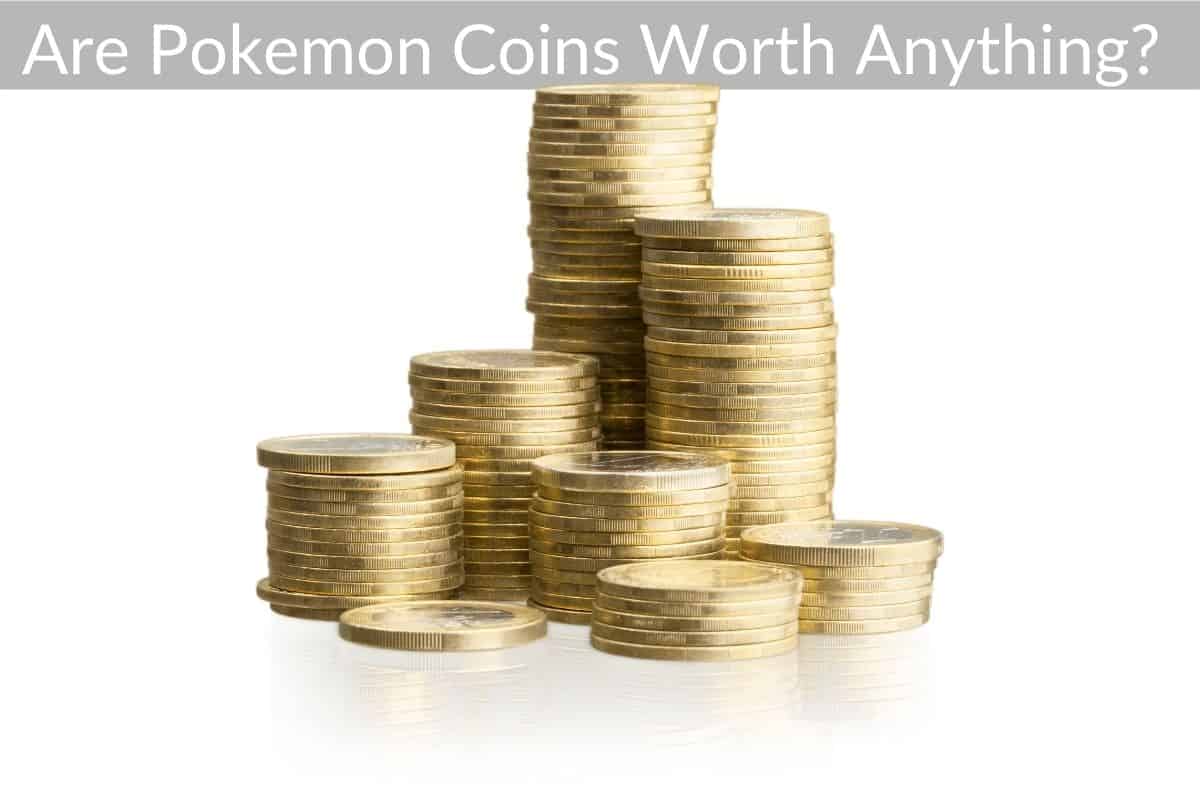 The Japanese franchise of Pokemon or “pocket monsters” consists of collecting cards, “training” the Pokemon to compete in battles, and of course battling your Pokemon with other Pokemon. Ever since Pokemon was created 25 years ago, the fans of the game have dedicated their time to collecting the trading cards.

Some of the first edition and rare cards can sell for a good price going all the way up to hundreds of thousands of dollars for the rarest ones.

The game of Pokemon also uses coins. These coins can be flipped throughout combat to see if the play of a Pokemon card can even happen. The cards then power up a Pokemon.

Could these Pokemon coins be worth anything?

These coins are primarily made of plastic although coins made of cardboard or metal have also been released. For a coin to be used, especially in tournaments, it must be approved by both players playing or the judge since they must be standard randomizers.

Some of these coins can be considered unsuitable for play.

In Pokemon Go you use Pokecoins as currency. Using these coins you can buy gameplay and aesthetic items. They can be earned or bought with real-world money.

Regular Pokemon coins are worth that much because the real money is in the cards. Rare Pokemon cards sell for alot of money since these are the main way of playing the game. However, some of these coins do sell for up to $200.

If a Pokemon coin is rare like one of the metallic ones, it will be worth more than just a few dollars. Though not as valuable as Pokemon cards, Pokemon coins could be worth something if it is rare.

To see the most popular Pokemon coins just click here.

What Is A Pokemon Coin Worth?

A Pokemon card is worth anything from a dollar to a couple hundred dollars depending on the type of coin it is.

Coins that are better for using during a battle will cost more than one that doesn’t do too much. In play, a coin is flipped to see if a Pokemon card is playable. These coins act as randomizers throughout the game.

Some feature starter Pokemon while others display Legendary Pokemon. They come with different designs like special events or Energy symbols on them.

You can use the coins to purchase things such as upgrades to make your Pokemon stronger and better in battle. Because that’s the whole point of the game, right?

The estimated market value for Pokemon coins is $7.46.

When something is rare, it means it is hard to find. This could be because they made a limited amount of them or there aren’t many of this particle thing on the market to sell. Are Pokemon coins rare?

Some Pokemon Cards are rare such as early-made, metallic ones, and prize tournament coins. However, most Pokemon coins are easy to come by and are not rare.

Everyone likes to have a rare find. It means you have something that not many other people do. When the value of something is higher it means that there is greater demand for it. So something that is both rare and in high demand is valuable.

The really valuable stuff in the Pokemon world is the cards because these are what the player uses the most. Many cards are no longer available like first edition cards and collectors will purchase these for great amounts.

It might not be a bad idea to search your old stack of Pokemon cards to find rare and valuable ones. The coins on the other hand aren’t as popular. But they do help in a battle or for purchasing items in Pokemon Go.

What Are Pokemon Coins For?

Depending on the game you’re playing, Pokemon coins can be used in different ways. I covered this a little bit earlier but let’s go more into detail on what Pokemon coins are used for in the game.

Pokemon coins are used as randomizers in the card game and as currency in Pokemon Go.

Flipping the coin can result in the play of a card happening or not as well as additional positive or negative outcomes. For more information about Pokemon coins you can click here.

Note if you are playing the mobile version of Pokemon, Pokemon Go, you will use Pokecoins in different ways. You can purchase upgrades and items with these Pokecoins that are earned or bought with real-world money.

In Pokemon Go you want to earn more Pokecoins in order to upgrade, because everyone wants their Pokemon to be undefeated in battle.

Pokemon coins aren’t usually worth very much with the exception of some rare metallic or special tournament ones. Pokemon cards are worth more in value and in the scheme of the game than the coins.

The coins aid the player by determining if a card can be played or not and may have positive or negative outcomes. During a match, some coins are better than others.

The cards are what are played the most and are also rarer so those are worth more.

The coins can be earned or cost the player money. Overall, Pokemon coins are still worth something and though it may not be a lot, they help aid the player during a battling match between their monsters.