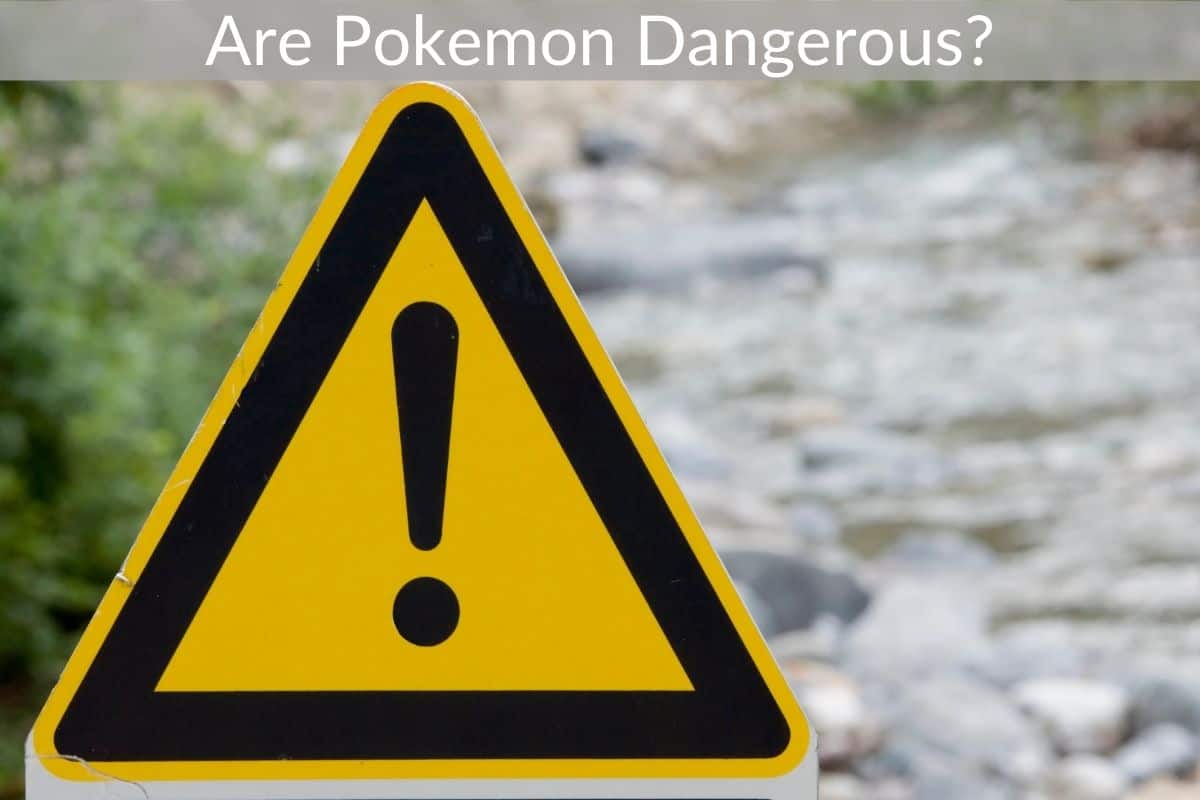 Pokemon, the game of alien-like creatures where fans can collect cards and battle. In this fictional world, humans capture Pokemon and then train them to be fought in battles.

Victories in these battles result in the Pokemon growing stronger and gaining more abilities. There are many species of Pokemon that can each use certain matter to use as powers.

In the Pokemon world, the humans do not live among them. Does this mean that Pokemon are dangerous creatures?

Pokemon can be dangerous if they feel threatened. A Pokemon’s powers make them possibly dangerous as well.

Pokemon are very intelligent and resemble animals in the real world. This means that at times when they think they are being threatened they can become violent just as wild animals would act.

The animalism of the Pokemon makes them territorial and untrusting. It also makes them quick to attack someone who they think is threatening them. It could all come down to fear.

Maybe they are afraid of what the other creature or human may do to them so they are defending themselves.

Some Pokemon may look cute on the outside but they are prone to lash out and injure other Pokemon or players. Pokemon are indeed capable of violence and destruction so they are dangerous.

However, there is a special bond between trainer and Pokemon to the point that they no longer become dangerous to them. When put in battle to fight, the Pokemon will do what it was trained to do and that is to be dangerous toward its opponent. It will use its powers to fight with the intent on winning.

Why Is Pokemon Dangerous?

So Pokemon are dangerous for those they are fighting or humans invading their territory but is the game of Pokemon dangerous?

Pokemon could be dangerous if one is playing Pokemon Go and not paying attention to their surroundings. Beyond that, playing any Pokemon game is not dangerous.

Now if we’re talking about why Pokemon are dangerous in the game it is important to remember the fact that they resemble wild animals and when they feel threatened they will fight back. But if you are wondering if the game of Pokemon itself is dangerous, it shouldn’t be.

Pokemon Go is a mobile version of the game where players follow and capture Pokemon in real life by walking (or driving, or biking) through the city. Players search for the best Pokemon in hopes of capturing them and then training them for combat.

How could this fun game be dangerous?

Well, if a player isn’t paying attention to where they are going because they are so involved in their phone’s screen they may end up falling or even walking across dangerous roads. Some users of Pokemon Go have even experienced twisted ankles, bruised shins and other bodily injuries while playing the game.

Some placements of Pokemon could be bad in the fact that strangers will wander into places or on property they shouldn’t be in search of Pokemon.  Robbers may see players as an easy target because they are distracted by the game which can also be dangerous.

Speaking of distractions, do not play Pokemon go while driving or biking to avoid accidents.

I already mentioned that Pokemon in the game could act violently and could be dangerous. Could these cute little creatures actually harm humans?

Pokemon can harm people. Their powers can be used against a human if they feel they need to protect themselves.

Much as an animal would attack to defend itself, so too will Pokemon. It seems they are made to resemble animals.

One of the times a Pokemon caused harm to a human was when Pikachu met Ash and the electric rodent shocked him every time he came close. Once the two became friends, this stopped although occasionally throughout the show the electric shocks would happen.

The creatures have powers that humans do not.

Another time when Pokemon were harmful to people was when Charmeleon, a fire-type lizard would frequently disobey and attack its trainer. Then another time, Mewtwo rebelled against the one who created her and in the process destroyed dozens of people.

If you’d like to know more about the time Pokemons has harmed humans visit GamerAnt. From all of this I think it’s safe to say that Pokemon can harm people.

What Is The Most Dangerous Pokemon?

Pokemon powers vary from species to species making them each unique. Some Legendary Pokemon are even invincible and are extremely dangerous.

But what is the most dangerous Pokemon?

The most dangerous Pokemon is Arceus who is the creator of the Pokemon universe and can easily destroy everything it has created.

Anyone can see why Arceus is the most dangerous. It’s powers are incomparable to other Pokemon. This in the Pokemon world would not want to make it angry and betray its trust.

This can cause a rampage with a lot of destruction involved.

Arceus absorbs attacks using its plates it has for every Pokemon type. It also has the power to create or destroy Pokemon life.

The second most dangerous Pokemon are the creation trio, Palkia, Dialga, and Giratina. These creatures have mystical powers and revolve around time and space. Whether together or apart, they are dangerous and destructive when they choose to attack.

The last dangerous Pokemon I will mention are the Lake Guardians. These little creatures may look cute but can be dangerous because they have the power of erasing people’s memories and emotions.

Pokemon are dangerous if they feel like they are in trouble or being threatened. Pokemon resemble animals and so will often act like them especially if they feel threatened.

Some Pokemon are more dangerous than others with Arcous being the most dangerous.

In terms of if Pokemon Go is a dangerous game to play, it would be if the player is distracted while they are playing. It is important to always be aware of your surroundings when playing Pokemon Go and to only play the game when you can safely do so.

In the game, Pokemon have powers that humans do not and can easily hurt them. But once a trainer and Pokemon become friends it will have grown attached to its human and will no longer want to hurt them.