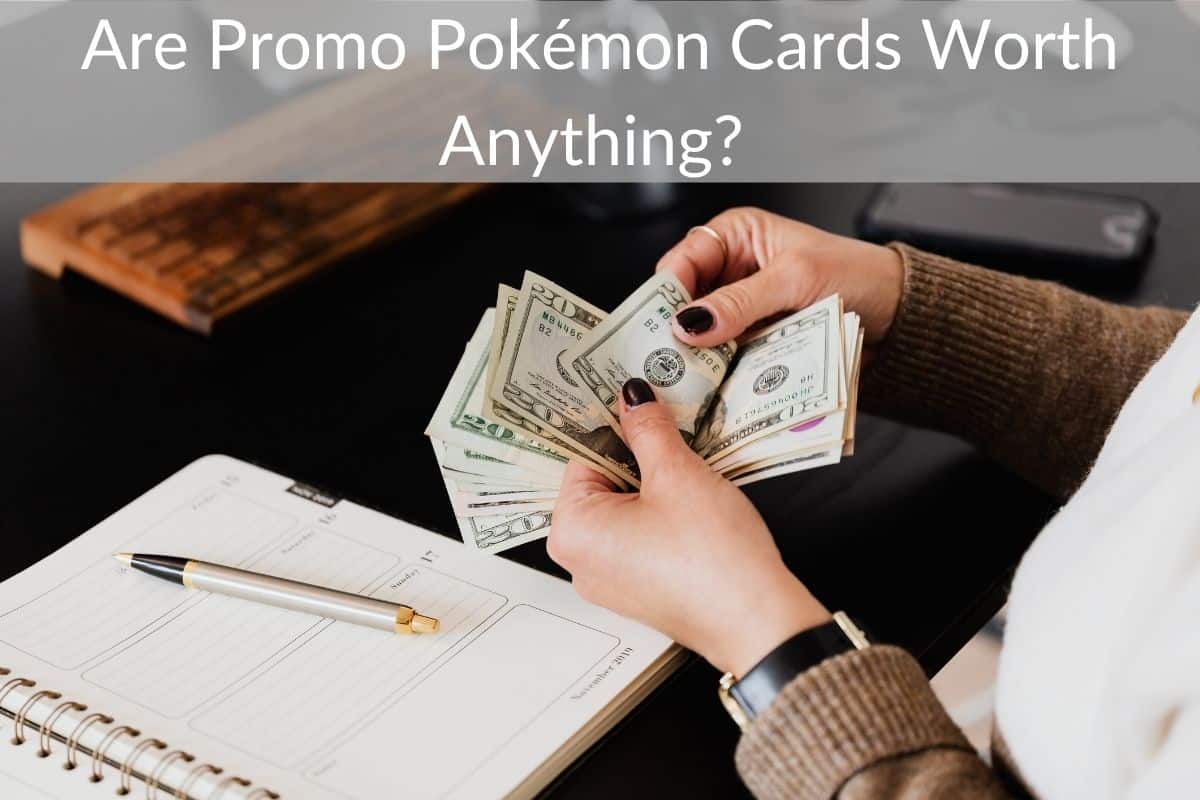 Promotional Pokémon cards are special cards that are given away. These cards can be found in boxes of cereal, given away at gaming stores, in DVDs of movies, and even at the movies.

My kids have gotten several promotional cards from cereal over the years. They have also picked some up at the local Gamestop.

When Pokémon: Detective Pikachu came out they got some when they went to the movies to see the film. These promotional cards are not intended for resale. They also can’t be purchased in a deck with other cards.

You might be wondering since you can’t buy them through normal channels if they are worth anything. As with any Pokémon card, a promotional card is only worth as much as your buyer is willing to pay for it.

Some promo cards are very common while others can be hard to find. Depending on the rarity of the card and it’s condition it could be worth a few dollars or hundreds of thousands of dollars!

The most valuable promo Pokémon card is the Pikachu Illustrator card. There were only thirty-nine of these promo cards ever made.

In 1997 these promotional cards were awarded to the winners of Japan’s Pokémon Card Game Illustration Contest. A Pikachu Illustrator card sold at auction in October of 2019 for $195,000 plus a fifteen percent buyer’s premium that had to be paid to the auction house bringing the total amount of money paid for this single card to $224,500.

So I would say that some of these promo cards can certainly be valuable!

To see the most popular Pokemon gear and gadgets just click here.

You will want to choose your cards carefully. I know people who not only spend hours putting together their perfect deck but they will spend days and even weeks perfecting their deck.

There are a few rules to what your deck has to be. All decks must contain at least one basic Pokémon. When building your deck, you can only have four copies of a card with the same name.

Pokémon cards that have additional numbers or letters after their name still have the same name. For example, a Gengar and a Gengar LV.X are the same Pokémon.

So, you could place both of those into your deck and not worry about that limit of four. The exception to the rule of four per deck is the basic energy card. You are allowed to have up to fifty-nine basic energy cards per deck.

You can use a promotional Pokémon card in your tournament deck as long as the card has a white or black border and the original card is legal standard.

Fake cards and banned cards are not legal in tournaments however so make sure that your promo card is real and isn’t banned before including it in your deck.

How Do You Know If Pokémon Cards Are Fake?

Pokémon are so popular and people around the world are in a rush to collect them all. With so many people wanting to purchase these cards, some sellers have profited from counterfeit cards that they are producing and placing into the marketplace.

When a group of one hundred and fifty-nine Pokémon card collectors from around the world were asked if they had ever come across a counterfeit Pokémon card in their collection, meaning had they ever accidentally purchased a fake card, fifty-four percent of them answered yes.

Another sixteen percent of these collectors said they have seen counterfeit cards.

So if you are just starting with Pokémon card collecting you will want to know how you can avoid those cards. How can you identify fake Pokémon cards?

A fake Pokémoncard is not made the same as a real Pokémon card. Counterfeit cards often look like they were simply punched out of a sheet of cardboard, that’s because they usually are.

Pay close attention the to edges of Pokémon cards when you are trading or purchasing from another person. The edges of a fake card might contain a little fluff from being punched out of a cardboard sheet. The artwork on a fake card typically does not line up with the borders on a fake card either.

If you notice that the edges of the card are thicker on one side than the other then you have found a counterfeit card.

A real Pokémon card will not have any of these imperfections as they are cut from a large sheet. The edges of these cards will be smooth and perfectly straight. Another way to tell if you have come across a counterfeit Pokémon card is to look at the font.

Counterfeiters will often use a different type of font than real Pokémon cards have. It helps to take a real card with you when you are trading or purchasing cards so that you can compare the fonts of the two cards.

It is a lot easier to tell if a card has a different style of font when you have a real card in front of you for reference. Fake cards will often have a font that is just a little too small or slightly bigger than that of a normal card.

You should also pay attention to spelling mistakes. This is an obvious one that is easier to spot.

The people who are producing these counterfeit cards often do not take the time to proofread their work before they print them and send them out into the world. Many people could avoid purchasing or trading a fake Pokémon card if they took the extra few seconds to actually read the card and check for spelling mistakes.

Oftentimes the accent is left off of the word Pokémon. Attack names can also be spelled incorrectly.

Finally, when looking to see if the Pokémon cards you are wanting to purchase are fake you will want to look at the packaging. Official Pokémon booster packages will come packaged in a shrink wrap that features Pokéballs. The trademark should also be displayed on the packaging.

Oftentimes this little mistake is overlooked by purchasers.

Be sure to take a Pokémon card with you and to take the time to really inspect a card before purchasing it from someone who is selling them to ensure you don’t get tricked by those fake cards.