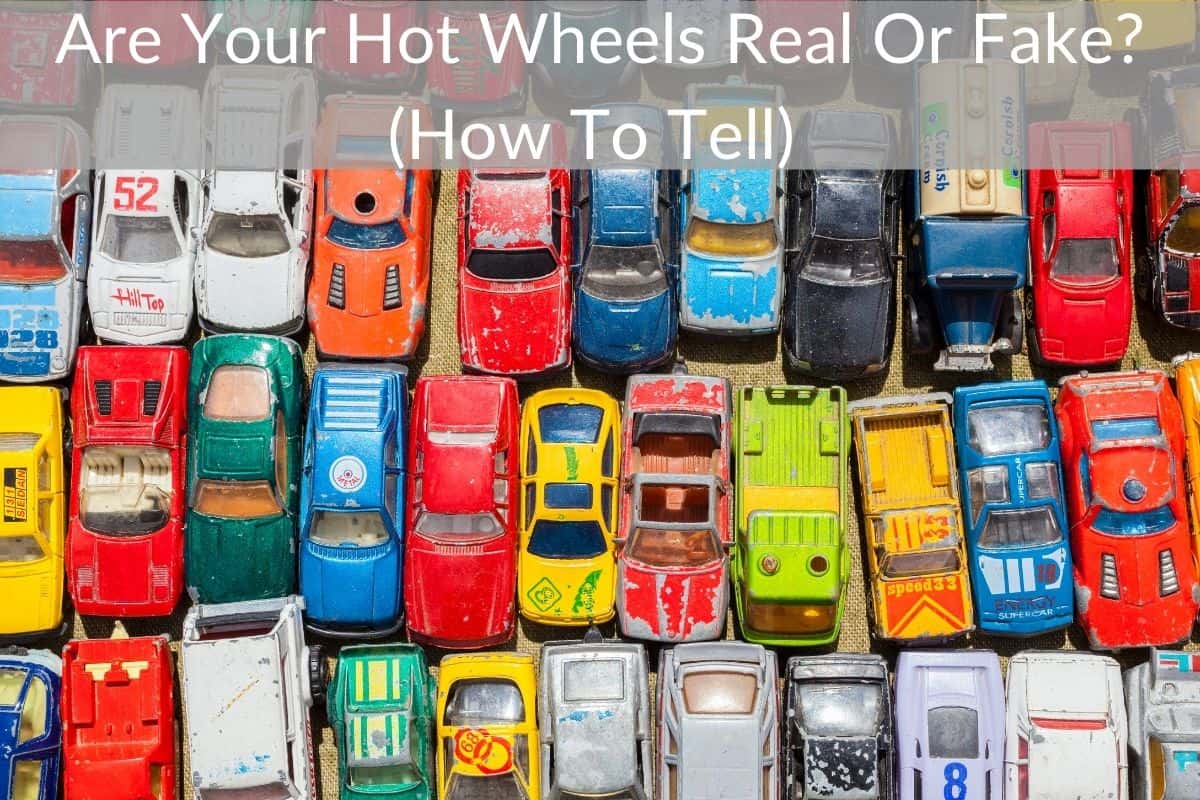 In 1968 Hot Wheels were Mattel’s answer to the Matchbox car. After seeing his son playing with a Matchbox car, Elliot Handler decided he wanted to create a line of cars to compete with that.

Elliot was married to Ruth Handler, who had created the Barbie doll just a decade prior to that. Ruth and the higher-ups at Mattel were not very enthusiastic about the idea of making toy cars however.

Elliot wanted Hot Wheels to look like hot rod cars to make them different from Matchbox cars which were just small-scale model cars of vehicles which were in production. In May of 1968 the first sixteen Hot Wheels designs were released.

The first sixteen cars would later be referred to as the Original Sweet 16. Within a year Hot Wheels was a huge success.

It shouldn’t be surprising to discover that there are counterfeit Hot Wheels. So how can you tell if the Hot Wheels you have are real or not?

There are a few things you will need to check to see if your Hot Wheels are counterfeit, you will want to check the packaging and then the inscriptions on the bottom of the cars.

The first thing you will want to check is the packaging of your Hot Wheels. Counterfeiters will often have misspellings on the packaging. It is not unusual for them to leave the “s” off of the Hot Wheels logo.

Counterfeiters also might not even have the name Hot Wheels on their packaging. There have been instances when they will use the Hot Wheels trademark flame logo but have another name in the flame. Instead of Hot Wheels it might say something like Wonder Wheel.

In writing these seem like obvious mistakes that will really stand out but if you are not paying close attention to the packaging then it can be easy to overlook these mistakes.

The package will also have the collection number of the car.

For example, the ’65 Ford Galaxy has a 10/10 on the package indicating that it is the tenth car in that collection. Counterfeit Hot Wheels are often missing this from their packaging.

Counterfeit Hot Wheels will not have these inscriptions on the bottom of their cars.

To see the most popular Hot Wheels just click here.

How To Know What Year A Hot Wheels Car Was Made

The letter refers to the year that the toy was made and the number indicates the week. Currently the date codes contain the letters “A” through “P”.

All cars manufactured in 2008 will be stamped with an “A”.

This continues down the alphabet all the way to “P” which is for all cars made in 2021. The number behind the letter indicates the week of the year it was created.

So, if a car has a date code of B34 then it was made the 34th week of 2009. These date codes are used in case of a recall by the manufacturer.

Are My Hot Wheels Worth Money?

Hot Wheels have been in production for more than fifty years. Many of the older cars can fetch a nice price if it is in good condition. There are even some older cars that can sell for a nice chunk of change even if it is a little beat up.

Another Hot Wheels car that can be sold for as much as $3,000 was one of the original Sweet 16 cars, the 1968 White Custom Camaro. Word has it that this was the first Hot Wheels car to actually go from the drawing board to the production line.

This white Camaro was never supposed to make it to store shelves. It was supposed to be a prototype for designers to use as a muse while coming up with ideas for new cars. Some of these cars were accidentally packaged and found their way onto store shelves.

The Red Baron car is one of the more popular Hot Wheels cars and has been in production off and on since 1969 with a black interior. Early on in it’s production the 1969 Red Baron with White Interior was cast, this Red Baron car with a white interior can go for $3,500.

The Olds 442 was released in the usual Hot Wheels colors. However, the one that has a red exterior and a black interior is believed to be a pre-production piece. It is said that only fifteen 1971 Red Olds 442 with Black Interior exist today which is why this car can bring in $4,500.

A 1971 Purple Olds 442 can go for as much as $12,000. This car was only manufactured in Mattel’s Hong Kong facility. It is considered to be one of the rarest redline Hot Wheels.