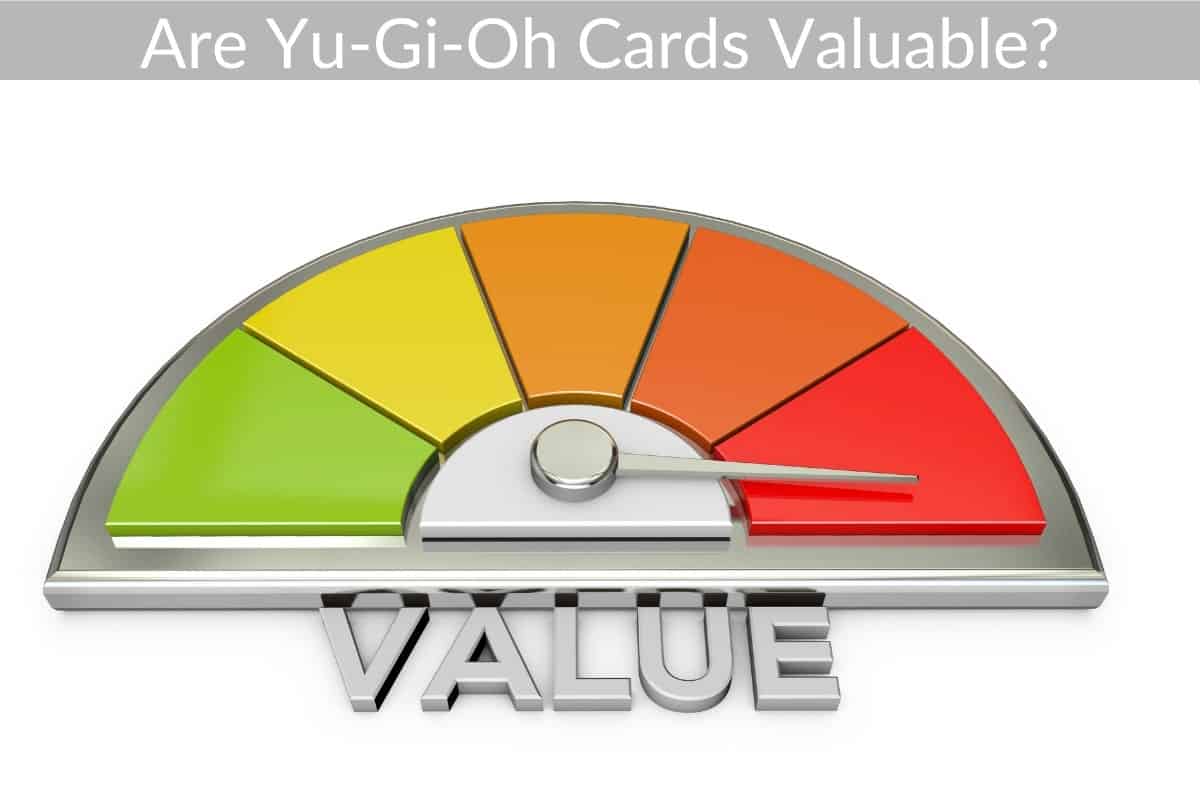 In the trading card game industry, Yu-Gi-Oh is a very well recognized name. This card game is based on a Japanese comic book, or manga, based around a game called Duel Monsters.

Like Yu-Gi-Oh, Duel Monsters is a TCG that the manga used to move its story forward. When manga gained popularity in Japan, Konami started to publish the cards featured in the comic.

The card game became so popular that a television series was then created. As time progressed and the card games’ popularity remained high, you might have begun to wonder if those cards you had as a kid are worth anything.

Trading card games have had a long history of having high value placed on rare cards. Looking at the industry, you can find cards that will sell for thousands, if not tens of thousands, of dollars!

Games like Magic: The Gathering has individual cards that have been sold at auction for over $500,000!

Although the market can be very volatile in the trading card game secondary market, if you know what to look for you can find some extremely valuable cards.

Yu-Gi-Oh is at a unique point in its history in that most of its best cards still have values that aren’t ridiculously high. Most of the cards that fetch top dollar for Yu-Gi-Oh are ones that were awarded at tournaments.

These cards are not able to be played with, but due to their rarity, they have sold for significant sums of money. However, almost all Yu-Gi-Oh cards are still relatively affordable.

Yu-Gi-Oh cards absolutely have some value to them with the rarest cards going for over $100,000! However, how valuable a specific card is can vary depending on which card it is and the condition of the card.

The value of Yu-Gi-Oh cards is on the rise, so it is a good time to start collecting and investing in the game. The main thing to be aware of when trying to cash in on Yu-Gi-Oh cards, or any TCG for that matter, is condition.

You could have a first edition Blue Eyes White Dragon in your collection that could be worth over $100,000, or it could be worth nothing. In order to ensure the card is worth the most you need to have it graded.

There are many companies that grade cards, but without the card being graded in a condition considered “Mint” or “Near-Mint” the value will be significantly lower than you might expect.

The grading process is fairly simple.

You have to send the cards into a company and the team there will grade the quality of the card. They look for a few things that can change the grade of the card, and sometimes the grades can be a little controversial as well.

The things the grading companies look at are the edges of the card, the surface, the corners, and the centering of the card.

Not all cards are going to grade well.

Even if you take them out of the pack and have it graded right away, only the best specimen will receive the highest grades on them. This is because the companies look not only for wear after ownership, but also the possible defects from the printers.

To see all of the different Yu-Gi-Oh editions and spin-offs currently available you can click here.

Will Yu-Gi-Oh Cards Increase In Value?

Yu-Gi-Oh is a great game to play and like other trading card games, there is a constant flow of new must-have cards. Yu-Gi-Oh is a very popular tournament game, and when at tournaments some cards are legal, while others are not.

Cards come out in sets, and usually when new sets come out, previous sets become illegal for play.

The reason for this flow of new cards entering the market and older cards becoming illegal is to maintain balance of the game while still being able to produce new cards for players to collect.

Usually cards are legal for tournament play for about 2 years. After this time, they are usually not allowed for play.

When trying to determine if cards will increase in value, you have a few things to consider, and if they are still playable in tournaments is one of the big ones.

Most cards won’t hold value over a long period of time unless they are rare, but some cards can be valuable during their tournament life due to how they might combine with other cards.

Rare cards of any game will hold their value. If you have a rare card that is desired among collectors today, that same card is going to be desired in the future.

Rare Yu-Gi-Oh cards will increase in value over time. In addition to these rare cards, powerful, tournament legal cards will also have good value.

The value for newer cards that are tournament legal are a lot harder to gauge, so watching the current market could help you determine when to buy and sell some of your favorite cards.

Cards that are tournament legal have value that isn’t tied so much into their condition, and for this reason are easier to buy and sell for a profit.

Once a card passes its time for tournament play, the value will only be in its rarity and condition. For this reason, if you feel a card is going to be worth a lot over time, it is a good idea to have it graded prior to selling.

How Much Does It Cost To Grade A Yu-Gi-Oh Card?

For current cards, this will be fairly easy.

Buying packs in stores and selling individual cards can make you money if you put enough time and effort in. In order to make some serious money, you have to look at the rare, desirable cards, and be sure you find high quality examples.

The best way to determine the value of rare cards is by getting the cards graded.

The cost for grading cards is determined by the expected value of the card. Companies like PSA and Beckett will charge anywhere from $20 to $1,000 for cards with an expected declared value of under $10,000.

Be sure to do some research before sending a card to one of these companies.

Not every card is going to be worth the expense of having it graded. Be sure to study what they are looking for, specifically make sure you understand centering and how to find wear on the edges, corners, and surface.

This will help you know if it is worth sending a card in to be graded.

Many young entrepreneurs started off selling their hobbies. Things like comic books, baseball cards, and video games have a long history of gaining value over time.

Trading card games are definitely an opportunity to make money, but you have to know what you are looking for.