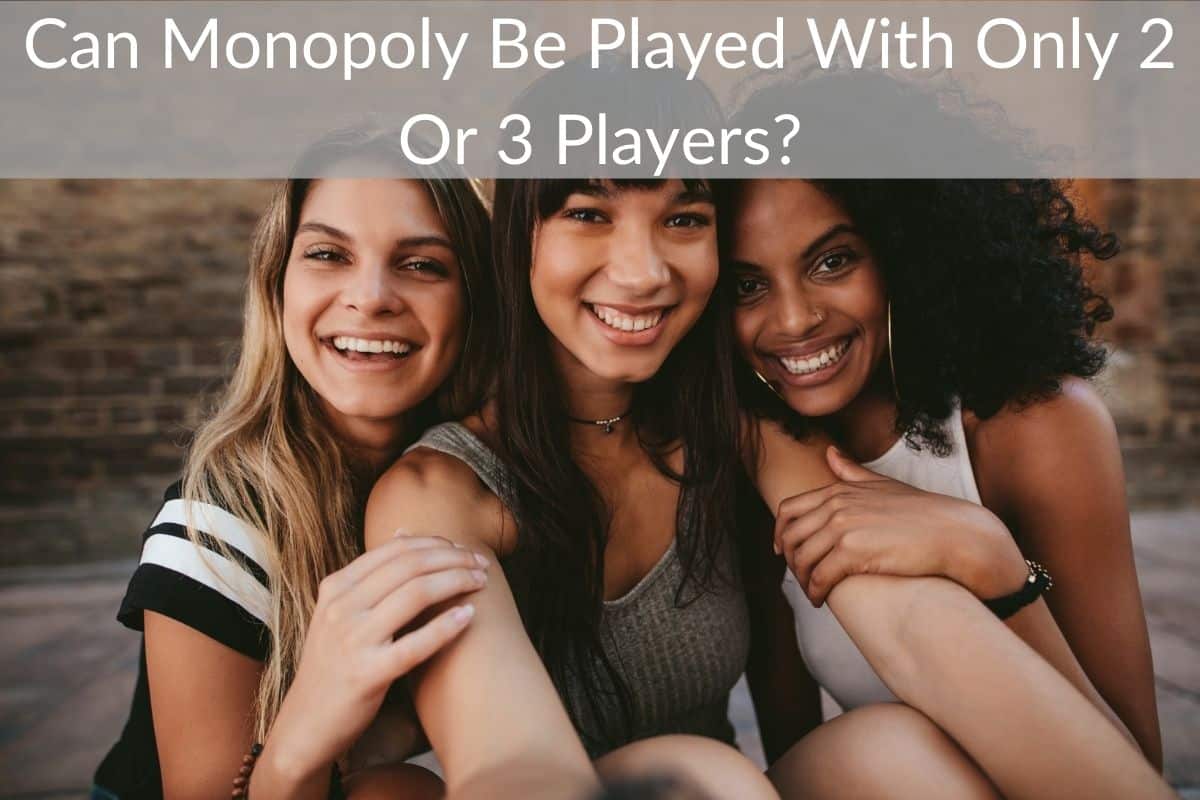 Monopoly is a board game of decision making and property ownership. The game can last hours but can also be really fun. The first Monopoly game board was created in the early 20th century and since then has grown into one of the most famous board games.

Monopoly can be played with 2 or 3 players. However it is recommended to play with more people though because it makes the game more enjoyable and is more evenly matched.

When playing the Monopoly board game with only two or three players, it is going to last considerably longer because everyone is more unevenly matched. A Monopoly game of only a few people will last on average about 20 to 180 minutes.

Once one of the players gets lucky with properties and money there’s a small chance of the other player or players redeeming themselves.

It is better to play Monopoly with a larger group of players. Having more people playing will make the game run smoothly but you don’t have to play with a lot of people.

Is It Fun To Play Monopoly With 2 Players?

This popular and nostalgic bard game is played all around the world. No matter your age you can enjoy a game of Monopoly.

Children and adults all like to sit down on a family game night and try their hand at becoming the owner of the most properties.

How many people do you have to have to play the game?

Today there are so many different versions of the game you can play. There is even a Monopoly game made specifically for two players called Monopoly Rivals Edition Board Game.

In this version players use the same concepts of buying and selling as in the original game but this version takes less time and can be fun when you only have two people playing.

Is Monopoly Luck Or Skill?

Did you know that Monopoly is good for your brain? It helps strengthen it with thinking and mathematical skills. So playing Monopoly can be fun and beneficial.

But does it require any special skills and strategy or is it mainly just luck?

Monopoly is a game of strategic skill and luck as well. Fate is left up to the roll of the dice, yet you must make wise decisions on your turns and make the best trades possible to secure a monopoly.

The board game Monopoly can teach financial basics and the concept of money. Math will have to be done quickly as well as learning about property ownership and how loans work.

By playing Monopoly your negotiation skills will be developed. It also explains the basics of taxation.

This timeless game will need you to make decisions concerning buying and selling your properties so be wise and make the right choices.

Your fate in Monopoly is really left up to the roll of the dice. If you start out the game first and land on the best properties you have a better chance of winning.

Although there really is no special skill involved, to win it does take a bit of strategy. If you do get lucky then you will do well in the game.

Saying this, you still have to make decisions to buy or sell property so it’s not entirely left up to luck.

How Do You Win At Monopoly With 3 3 People?

So you only have a few people to play Monopoly. No worries, you can still have a good game! It may be a little different but will still be fun.

It’s always best to play by the rules but some people have changed the rules up for a better two or three player game experience. If this is the case, just make sure everyone is in agreement before starting and have a great time.

Playing Monopoly with only three players is the same as playing with several. The rules never change although some people like to tweak them according to their own preferences.

So to play Monopoly with a few people, let’s first understand how the game is always played. First, choose a banker, set up the board and choose a game piece. Every player gets dealt $1,500 at the start of the game. Then you roll the dice and do whatever the space you landed on tells you to do.

If it is a property you can buy it or if you refuse it can be auctioned off to the highest bidder.

Once you have properties and someone’s game piece lands on it, they owe you rent. If you end up purchasing every property in a colored group you get a monopoly.

Continue the game building houses, hotels, and collecting money, and drawing cards. If you end up going to jail, you cannot move around the board but you can still collect money but then there is always a get out of jail free card that can be used.

Make deals to grow your monopoly and play by the rules.

If you go bankrupt you are out of the game but you can mortgage some properties or sell houses/hotels to avoid this. Setting a time limit may help the game to go by faster if you don’t have a long time to play.

The player with the most money and property wins.

Some may just not be playing the game correctly and getting frustrated with its outcome. By playing it right,having a positive outlook on it and keeping your emotions in check, you will probably have a good time playing it.

Monopoly is a good game and can be played with 2 or 3 players. The lengthy game of buying and selling property with hope that you will gain all the wealth while your opponents go bankrupt.

Keep a positive attitude and if you lose, remember it’s ok and you will have another chance to win the next time you play.

You can play with as few players as you like but the game seems to be better with more players in general as the players who don’t land on a property match can trade with each other.

If you only have two or three players you can still play and have a good time however if one player gets a monopoly and refuses to trade with the other player or players it can make the game pretty boring.