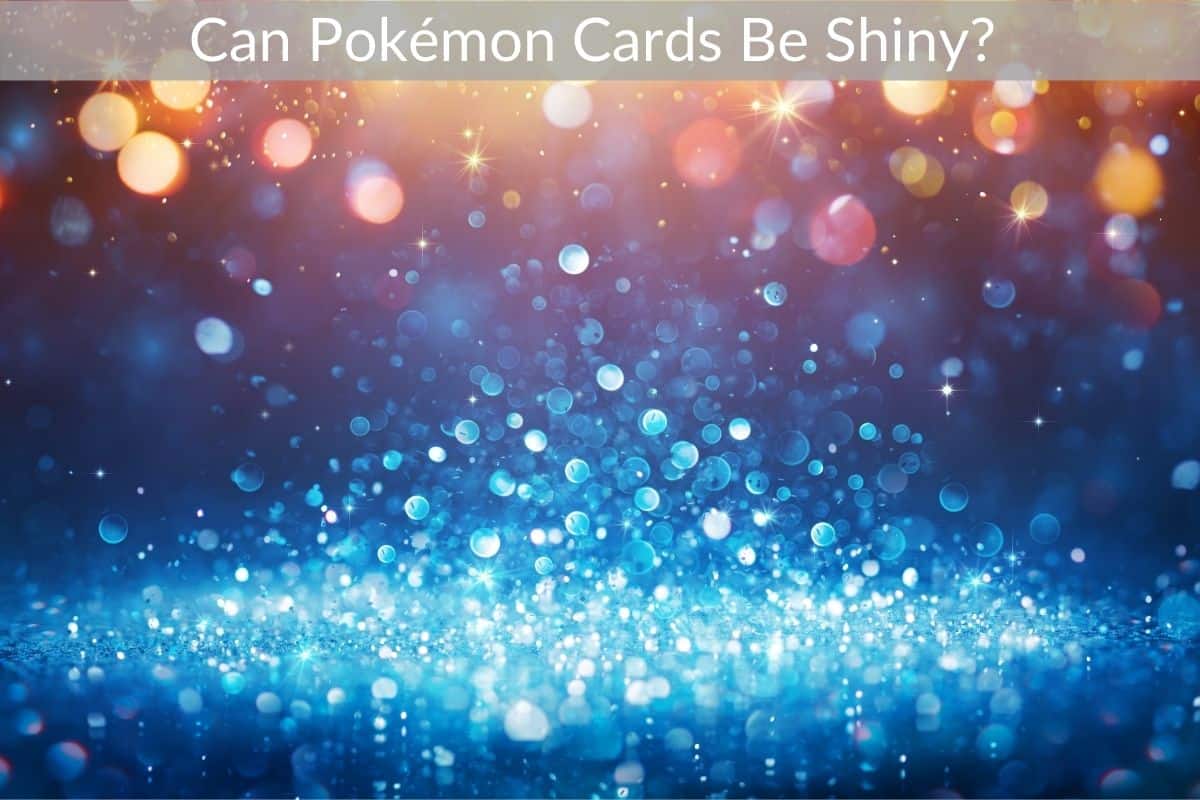 The Pokémon franchise seems to be constantly expanding. They are not only coming out with new generations of Pokémon for consumers to enjoy but also different types of cards to collect as well.

There are several booster boxes and elite trainer boxers that are available for collectors. They have even released different styles of cards such as holographic and shiny cards as well.

Pokémon cards can be both shiny and holographic (which has a shiny appearance) these cards are more rare than the common cards that you would pull from a pack.

Many people refer to “shiny” cards as holographic cards. However, Shiny Cards and Holographic Cards are different.

For example, a Baby Shiny Card shows the Pokémon with silver foil and a burst of sparkles, much like in the game. Baby Shiny Cards are usually with more popular Pokémon like Charmander, Charizard, and Charmeleon.

However, the border of the card is smooth, like a regular card, and there is no extra “shine” to it. Full Art Shiny Cards have the borders you see on a normal card but the foils are over characters that are lesser-known in the world of Pokémon.

To see the most popular Pokémon packs just click here.

What Are The Rarest Shiny Pokémon Cards?

Pokemon shiny cards found instant popularity as they are designed similarly to their anime appearance. When Shiny Cards were first released in Japan, they found great popularity.

Immediately overseas the prices of Shiny Cards skyrocketed and some people were paying upwards of $320 to own a single Shiny Card. However, the probability of finding a Shiny Pokemon card was actually very slim.

Here are some of the rarest Shiny Pokémon cards that are in circulation.

These cards are extremely rare as they were only given out to members of the Pokémon Players Club. These gold star cards range in price anywhere between $5,000-$6,000.

This gold star card was the first black Charizard. It can be valued anywhere from $200 to $9,000.

This character became rather popular after the release of Pokémon Emerald for Gameboy. This gold star card and can be worth over $17,000 if kept in mint condition

This card was the first Charizard card to appear as a shiny Pokémon card. If this card has been kept in great condition and graded, it can be worth over $7,000.

What Was The First Pokémon Game?

The Pokémon franchise was originally started in 1995 by Satoshi Takira. Pokémon seemed to gain popularity overnight and take the world by storm.

Originally Pokémon was released as a video game and was solely played in Japan. Eventually, the franchise branched out into creating cards that coincided with the video games.

From there the franchise just kept growing into the Pokémon craze that it is today. There are still video games, cards, movies, tv shows, and lots of merchandise that fans are able to purchase.

When it was first created back in 1995, what was the first game that started the Pokémon franchise?

The first game that Pokémon released was Pocket Monsters Red and Green. It was first released only in Japan on the Gameboy.  After the creators saw the popularity and hype the game created, they decided to add a Blue Version.

The first version of the game that was released internationally was Pokémon Red and Blue. The original Green version of Pocket Monsters was never released outside of Japan.

After releasing internationally and adding Pokémon yellow to follow the color palette of Gameboy Color, other games were created shortly thereafter to keep up with popular demand.

There were plenty of spin-offs of the first generation video game of Pokémon such as Pokémon Pinball, Pokémon Snap, Pokémon Stadium, and Tetri Attack, Pokémon Puzzle League.

What Are The Strongest Pokémon Cards?

One of the most successful parts of the Pokémon franchise is its game and trading cards. Millions across the globe own or have owned Pokémon cards at one point and time.

You can collect, trade, and play games with your Pokémon cards. Whether you collect the cards to keep in mint condition, trade the cards to find the best in the pack, or play in tournaments across the world, one of the big questions is what are the strongest Pokémon cards to own?

Throughout the years many new characters and levels of characters have been introduced to the Pokémon franchise. Here are some of the strongest Pokémon cards that have been in circulation.

Shadow Luigia has a 300 HP and can perform an attack called Shadow Storm. This attack move causes 1,000 damage and you can spare four psychic energy cards.

Shadow Luigi is known as one of the most powerful Shadow Pokémon.

This original Pokémon has 230 HP and can have only one attack, the Crisis Vine. This attack causes 120 damage and not only paralyzes your opponent but also poisons it as well.

This character has an HP of 120 and before it is in Mega form, can still deal damage at a level of 200 and then add 300 when it reaches Mega form.

Rayquaza C Level X also performs a move called Dragon Spirit which allows you to attach any energy card from the discard pile to Rayquaza when active and also attacked.

Charizard is one of the original characters that Pokémon came out with. Charizard has two different Mega forms that it can reach, Level X and Level Y.

Level X Charizard has a move called, Call For Power. This move allows you to move energy cards from your opponent’s Pokémon to your Charizard before they attack you.

While you may not be dealing out the attack power, you zap your opponent’s power.

Another move that Charizard can perform is Malevolent Fire. It does cost 5 energy cards to play and can be quite risky, but it will deal a blow of 150 damage to your opponent.

This ghost/poison Pokemon has both a Mega and Gigantamax form. When in its Mega form, Gengar has 220 HP.

Its attack move is called Phantom Gate. This allows you to choose one of your opponent’s moves and use it as your own.

Though Shiny Cards may be rare, don’t discount that you’ll ever find one. If you do happen to find one, be sure and get it graded and keep it as close to mint condition as possible.

Your Shiny Pokémon has the potential for a great payout.

I have a son that I regularly help with homework. His spot is right next to the wall where the table meets it (because if we don’t have assigned homework spots my kids fight)!  It’s a...