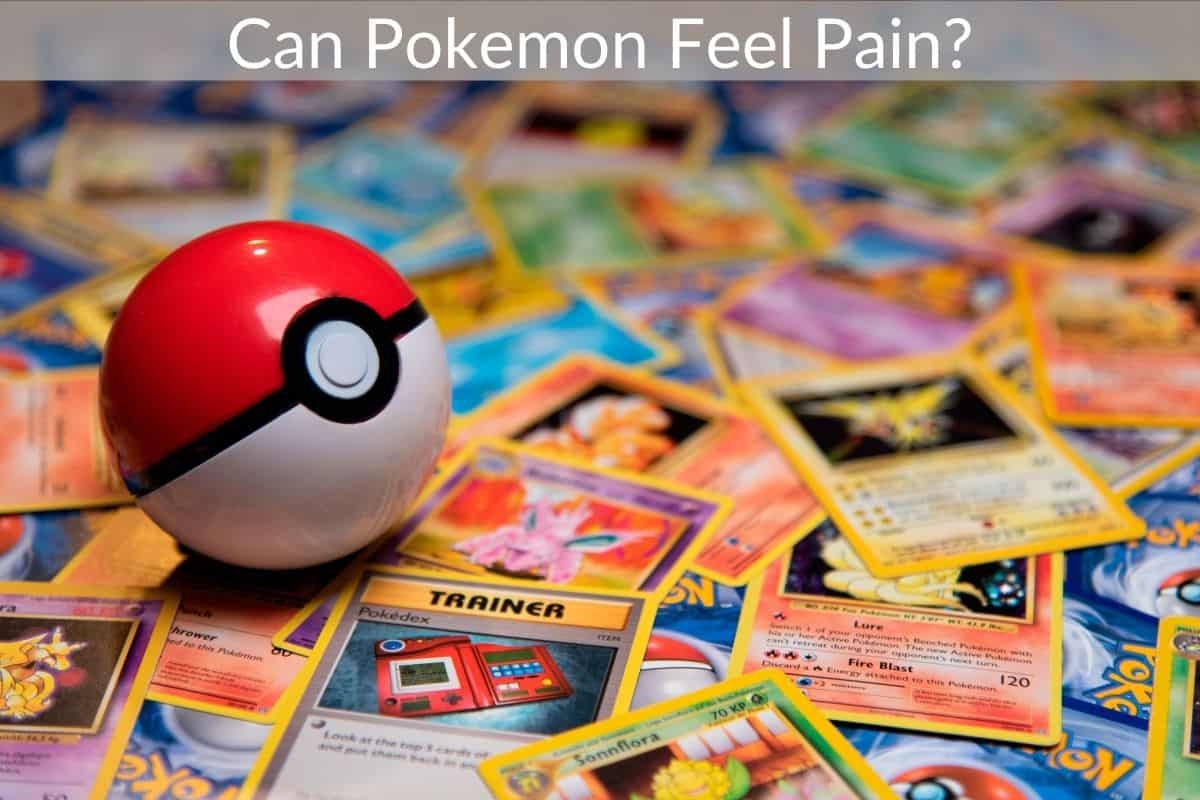 Do you like Pokémon? Are you all in for it? Do you battle on a regular basis with other people or do you have a massive collection of Pokémon? Do you consider yourself an expert in the Pokémon world?

Maybe you know the language, you know every last character and what they eat or do, but do you know if those characters actually feel pain?

I mean, they are constantly fighting, and it sometimes seems like that’s all they do. They must reach a point where it all starts to hurt and they feel the pain of it all.

If you were a Pokémon, that would be so awesome, you could fight and destroy all your enemies, and not feel a thing; or so you may think. As a Pokémon, you are very resilient, and can handle most blows that would kill any ordinary human, with little injury.

A Pokémon can resist any long term harm. With this, it can happen at times, but with the advancement of veterinary technology, their health can be restored even from the most extreme injuries.

If you see them faint, they are not actually unconscious, they are still able to do things like fly and other things, but not send a nuke power level blast around casually.

Pokémon do feel some pain, but they’re pretty used to it at this point, the things that simply just cause them pain, are things that would kill any human in just a second, though.

This shows how much they can actually take, it would take a lot to actually kill a Pokémon, that is if they actually die…

Being a Pokémon is not all the power and awesomeness that it’s cracked up to be. Some Pokémon actually live sad and painful lives. This is definitely not the case for all of them though, but here are some Pokémon that actually suffer through a lot of pain.

There are several categories of Pokémon that feel pain, here are some and which ones they are.

Category 1: Pokémon that always feel pain whether physically or psychologically:

This Pokémon is born with a parasitic mushroom on its back that is constantly taking away the nutrients that it needs; this Pokémon is in a constant battle for its body and psyche.

This Pokémon has a constant headache every second of its life that causes it to cry and unleash its psychic powers. From time to time, it forgets this pain, but it does feel it for most of its life.

Constantly angry and in extreme torment. He deals with psychological torture and never forgives those that have angered him.

This Pokemon has severe neck pain, we all know how that can feel and definitely do not like it. The head on this Pokémon is abnormally large and hard for their smaller bodies to support.

They are able to hold their heads up using psychokinetic powers, but their head is constantly growing. Yikes!!!

In addition to these some Pokemon go through extreme stress and anxiety. One pokemon feels stress when not moving, but when they constantly move, they get hungry, but if it stays still to eat it starts to stress out.

Another one has to constantly bounce around or else its heart stops; can you imagine the stress of that?

This Pokemon has teeth that never stop growing. Ow! It has to constantly gnaw on things to keep them short.

This Pokemon can instantly explode just from the slightest little wrong touch of something.

He doesn’t know how to store his electricity, so when a bolt of lightning strikes, he gets extremely startled.

This Pokemon is in constant isolation because it gives those around it terrible nightmares. It’s kind of a nice Pokémon and doesn’t want to kill anyone; hence, the isolation.

Category 3: Pokémon with potential for great pain (depending on their circumstances)

This Pokemon can drink too much blood making it unable to fly. This leads to it falling and being stuck to the ground as food for other creatures.

He needs pollution and we are doing our best to clean up the world. So he could easily starve as the Pokemon world becomes more pollution conscious.

Pokemon That Do Not Feel Pain

But on a positive note, there are some Pokémon that do not feel pain and here they are. Now these as well, will be broken into a few categories.

Pokémon that are literally pain free:

This Pokemon feels no pain due to a poison that it has been given. This breed (the slowpoke) in general is slow to feel pain, but this particular one feels no pain at all.

Another slowpoke that has this same pain free life is slowking. He has been injected with the same poison, therefore, he feels no pain.

This Pokemon is another that feels no pain, being made out of clay, he has no nerves and is not able to feel pain at all.

Now let’s look at so e Pokemon that could feel pain, but are virtually indestructible

He has a shell that could withstand a nuclear explosion.

This Pokemon just simply has extremely hard skin so he won’t feel pain.

This Pokemon just explodes and never dies, it doesn’t even phase him when it happens either.

He can handle extreme heat and his outer layer of skin is literally indestructible.

This Pokemon has such an impenetrable shell that nobody even knows what it looks like on the inside.

The next category is Pokémon with exceptional armor. There are a bunch of these and the best way to describe any of them is that they feel pain, but they have armor that is so strong, only something that would actually kill the average Pokémon could hurt them in the slightest.

This Pokemon has an extremely hard helmet, so if you faced it from behind, you could hurt it severely, it is a completely different story from in front of it.

He has an outer shell that is made of solid rock. This definitely makes for a great defense.

To end this on a happy note, because I know that we have talked about a lot of pain, just remember that not all Pokemon feel pain and that there are many that live pain free lives.

But the true reality of it is that a Pokemon can feel pain.