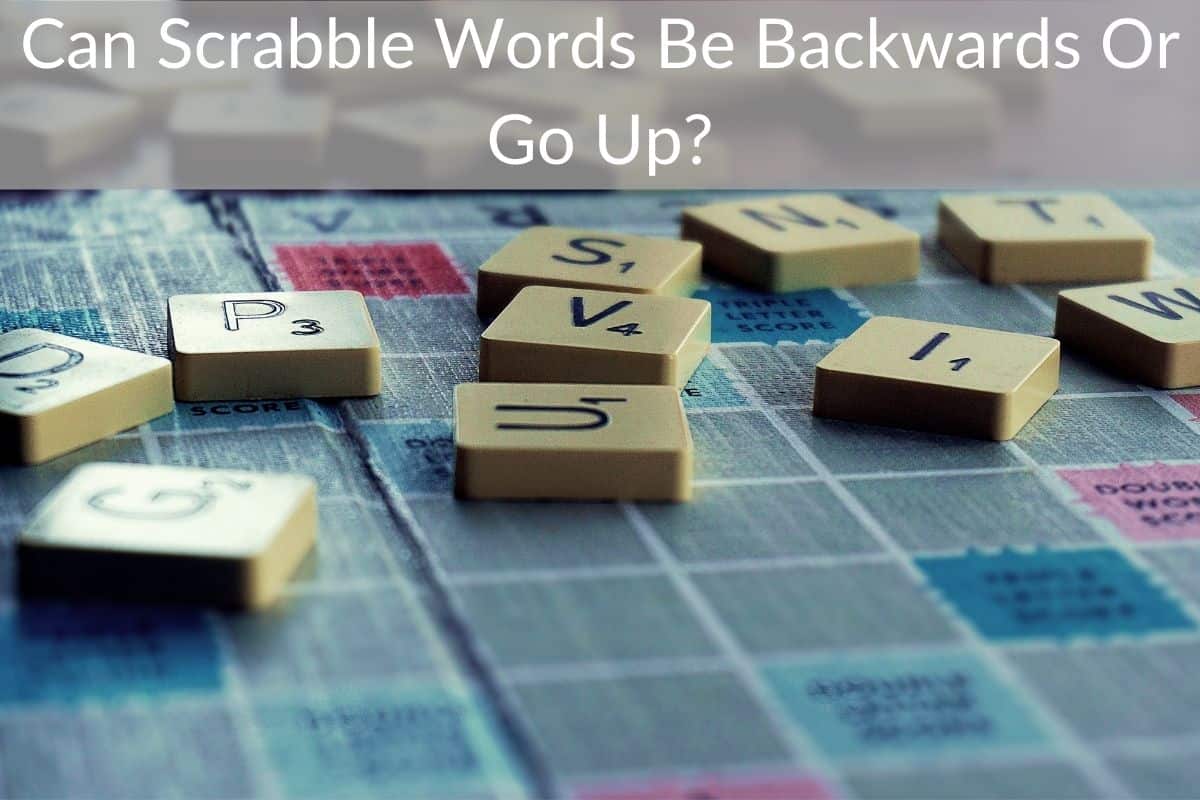 Scrabble is a fun game for those that love words, or those that love to talk, lol. It can take hours and hours to finish a game; but, sometimes when a game is completed, it can feel like you actually learned something.

I’ve learned many new words that I never even heard of while playing Scrabble. I’ve made up words and created a new language before too! (or at least tried to)

Another good thing that I have learned is how to be a good loser, because people sometimes will come out of nowhere with their words and points in this game.

The real question I want to answer today though is in regards to how you play your words. Can you play them anyway that you want on the board such as backwards or going up?

The official Scrabble rules follow the same rules as a crossword puzzle in that you can only create words left to right horizontally and up to down when played vertically. Diagonal words are not allowed in Scrabble either.

Scrabble was invented in 1933 by a man that went by the name Alfred Mosher Butts. He was an architect during the great depression and simply just wanted to lift the spirits of those that were suffering. The original rules are the same as the current rules for a crossword. That is that the letters have to go across from left to right or vertically going from top to bottom.

A new version of Scrabble was released in Britain that actually allowed players to put words backwards or upside down and it even allowed for words to be disconnected from the rest of the words on the board!

This version came out as a huge outrage however to those that really love the art that is Scrabble and definitely voiced their opinions. In most other countries, the rules for word placement on Scrabble still follow that of crossword puzzles.

These rules for crosswords (and Scrabble) are: left-to-right horizontal, or downwards vertical orientation; and no diagonal words. The only exceptions to these rules would be if the word that was played also spells another word if it were spelled backwards, but at that point, you might as well have just played the backwards spelling.

To see the most popular Scrabble editions just click here. 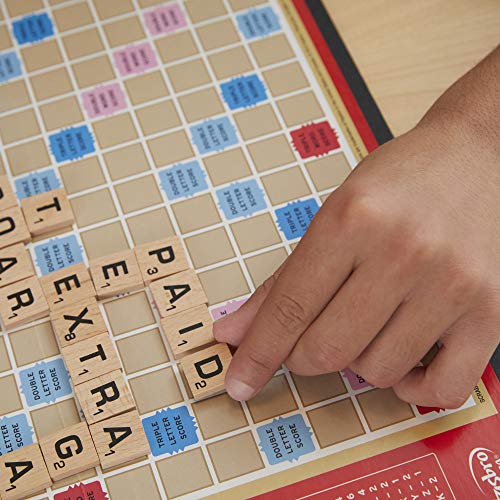 Every family seems to have their own rules that they like to play by in almost every board game. Rules that we just think are the correct rules, ones that we make up on our own, or ones that we are told are correct by someone else, but are not actually real.

These rules tend to just be shortcuts to help us get ahead or even just win. In other words, they’re cheat codes; and we all love a good cheat code.

The most popular house rules for Scrabble are:

The real rules of Scrabble were created by Hasbro, the owner of the game in North America and Canada. These are the actual rules that you will find in the manual that comes with the game.

Another company named Mattel, has come up with another version of the game called Scrabble Trickster, this one is more of what we probably actually like to play like, but the only thing is that Mattel only owns the rights outside of North America.

The rules that you probably like to play by probably go something like this. In this game, you can spell things backwards or upside down, and you can use proper nouns. You probably already play like this, but now you can do it “legally.” 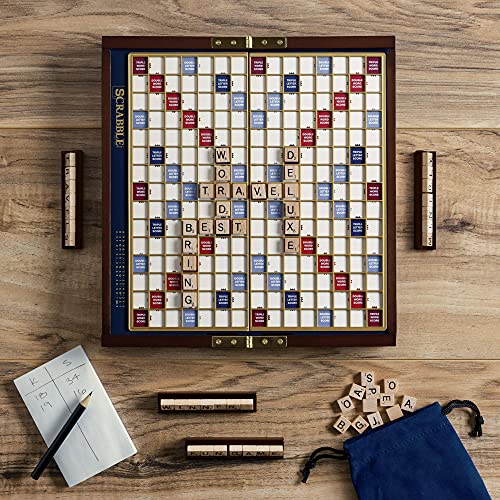 Common Words That Are Not Allowed In Scrabble

No matter who you play with or what game you are playing, there is always someone that has to contest everything in the game or some decision that was made by everyone but themselves.

Or they may even insist that something they did was okay when everyone else says otherwise.

With my experience withScrabble, it seems there is always a questionable word that gets played, whether it be one that nobody is sure if it is allowed or whether it was made up by the person that played it.

Here are some words that are questionable and whether they are allowed or not.

The word “IQ” is not a word that is in the official Scrabble dictionary. “OK” is another word that seems a bit off, but it is one of 300 words that were just added to the game.

The word “Quo” with no other external influences applied, is not legal to play in scrabble. The word “IV” is not playable in the game, probably because it is so short while also being an abbreviation.

A few words that have been added to the game recently and are legal to play are:

Of course these are definitely more modern words and it makes sense why they were just more recently added.

So, when it comes down to it, if a word is questionable, you may either look at the Scrabble dictionary that may come with the game, or you can use a real dictionary to see if the word is actually a real English word.

Yes, this game requires only English words when you play in America. 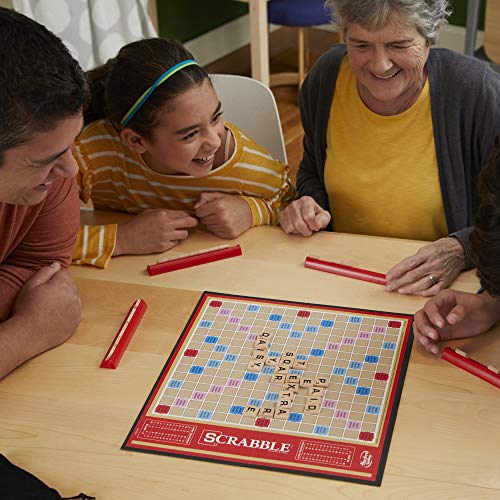 What Is The Longest Playable Word In Scrabble?

Want to sound like a genius? Want to impress everyone with the large vocabulary that you have? Or do you want to try to guarantee a win?

The best way for this is to use bigger words; at least one way, another way would be, to be very strategic in how you play.

But there are some rather large words that you can play in the game.

The largest playable word in Scrabble is, OXYPHENBUTAZONE, wow that is a mouthful.

Depending on where you place it on the board, you can rack up a ton of points. Someone once earned 1,458 points just on this word alone.

If I were you, I would first learn how to pronounce that word so you can defend if someone tries to question you, and then I would memorize the spelling.

The next thing is to strategize with picking up pieces and watching where you want to play it so you can earn the maximum amount of points.

Another tip for those that like to play Scrabble and want to always win when they play; get a word a day calendar or just read the dictionary a little bit, and you will be an amazing Scrabble player in no time.