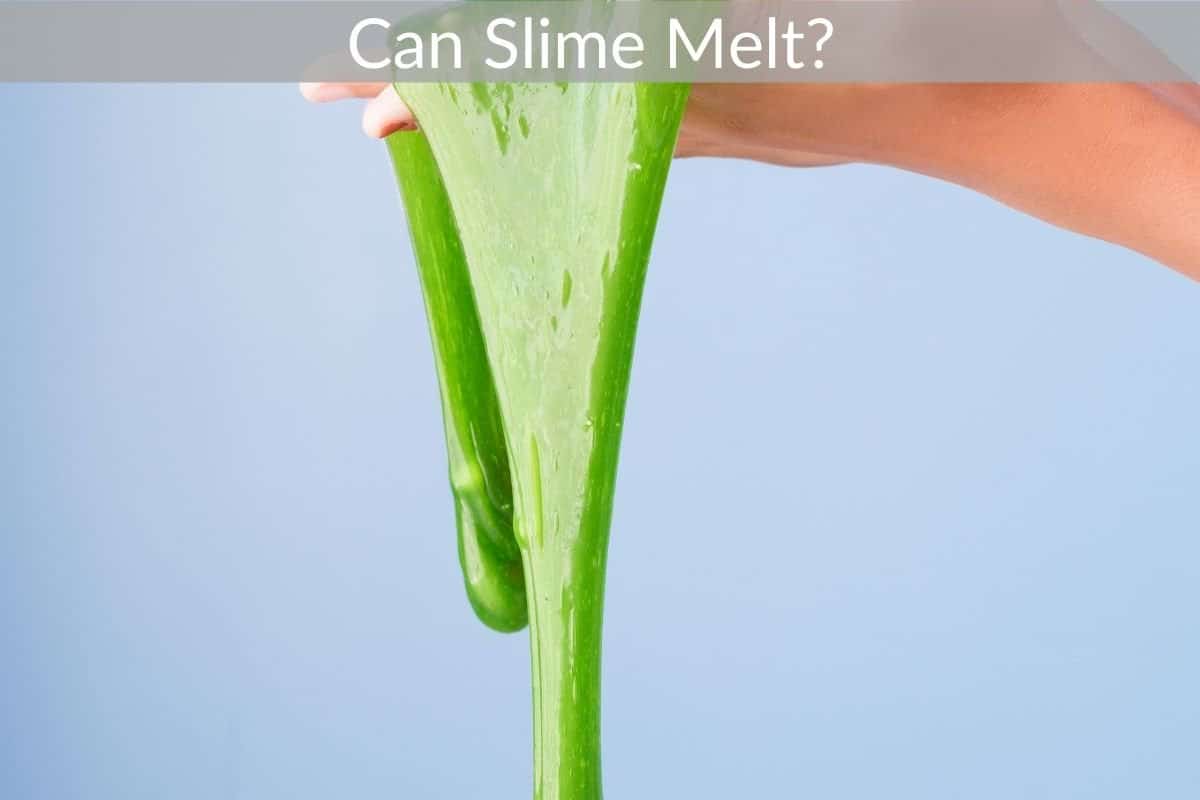 Slime has been a popular toy since the seventies when it was invented by Mattel toys. Mattel wanted slime to be as gross as possible so it was a bright green and sold in containers that looked like trash cans.

Slime became even more popular when the show Double Dare aired and contestants were slimed!

In the past few years slime has become a common household science project for kids. My kids can play with slime for hours and never get bored with it.

My kids have opened new containers of slime just to discover that it was pure liquid, which is always disappointing.

Unfortunately slime can melt however, melted slime can also be fixed by adding borax or baking soda.

If you find yourself with a bunch of melted slime then you will want to do reading as I will go into how you can fix melted slime next.

If you want to get new slime instead you can find it by clicking here.

How Can You Fix Melted Slime?

If your slime has turned liquid your first thought might be to head to the store and get more. Thankfully there is no need to throw it out just yet.

Slime that has turned liquid can be fixed by simply adding an activator. You can add borax or baking soda to turn the slime slimy again.

There are a few different things that you can use to fix your slime.

The first thing you can use to fix your slime is borax. Borax is a powdery white substance that is commonly used to boost your laundry detergent. To use borax to get your slime back to its original state all you need to do is mix a teaspoon of borax with one cup of warm water.

Stir the borax into the water until it dissolves. Add your borax solution to your slime in tiny amounts kneading it into the slime as you do so.

Once your slime is at the consistency that you desire you are done. Be sure to wash your hands after handling slime with borax in it as too much contact with borax can leave chemical burns.

You can also use baking soda as an activator for slime.

Baking soda might be a better alternative for some people who have sensitive skin which might be aggravated with the use of borax.

Keep adding the baking soda mixture until the slime has reached your desired consistency.

If you decide that you want your slime to be fluffier than it was when you got it then you can use shaving cream as an activator instead.

All you need to do is squirt some shaving cream onto your slime and mix it in. This will give you a fluffier slime, however this slime will deflate after being played with for a while.

You can always revive it by adding more shaving cream when that happens.

How Can You Make Slime?

What could be more fun than playing with slime? How about getting your kids and helping them make their own?

It is a fun activity that some teachers have even used in the classroom.

Teachers will use this hands-on activity to engage their students. Then they will explain the science behind making the slime. They will discuss the chemical composition and how the molecules are changing when adding new ingredients, as well as why the texture of your slime changes when certain ingredients are added to it.

So how can you make slime at home using glue?

To make volcano slime you will need glue and cornstarch.

In a bowl you will add a quarter cup of white school glue and a half of a cup of cornstarch. You can also add a few drops of food coloring if you want. You will mix your glue and cornstarch together then knead it with your hands for about ten minutes.

Place your mixture in the microwave for twenty seconds, then knead it by hand for another ten minutes. This slime is called volcano slime because it reacts to heat.

You can place this in the microwave for about twenty seconds and it will turn into a lava-like substance.

Once it cools it will turn right back into fluffy slime.

To make a basic borax-free slime you will need shampoo and cornstarch. Any shampoo will work for this slime though the thicker the shampoo the better the slime will be.

You will need a half a cup of shampoo and a quarter cup of cornstarch. Place them both in a bowl and mix well. Next, you can add a few drops of food coloring if you want but again, be sure to mix it in well.

Add a tablespoon of water and mix it in. You will then mix five more tablespoons into your mixture but add them in one at a time and be sure to stir it well after each addition.

Finally, you will knead your slime for about five minutes. If your dough is too sticky, add in some more cornstarch kneading your slime after each addition.

If you recently made some slime with your kids and have noticed that it is seeming to get smaller you might wonder if it is your eyes playing tricks on you or if you slime is actually shrinking.

It is normal for slime to deflate or shrink over time. Slime has a limited span of time where it will stay in it’s fluffy state.

Just like you would for Play-Doh, make sure that you put your slime back in the container when you are finished playing with it so that it does not dry out.

You should also keep your slime in a cool area.

If your slime starts to dry out you can reactivate it with one of the methods mentioned above. If you are finding that you can not reactivate your slime then it might be time to toss it out and get some new slime.