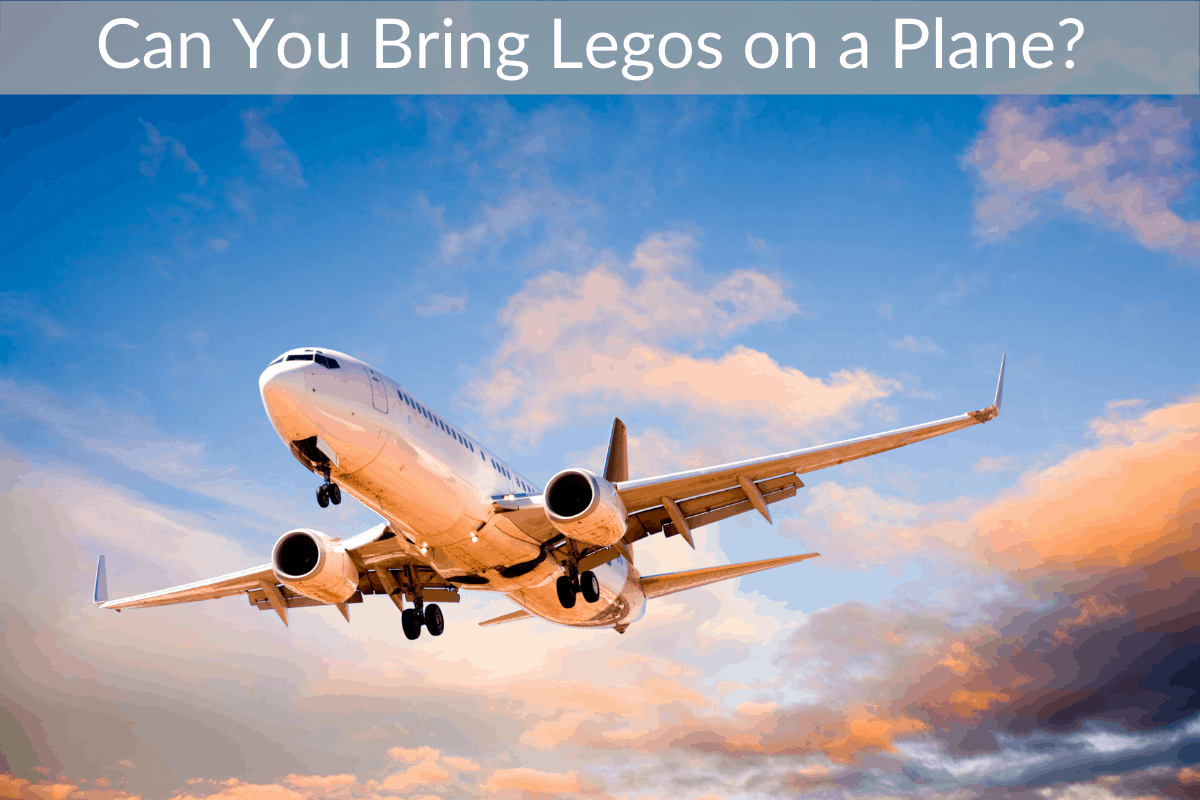 When travelling by plane you may wonder whether or not you are able to bring some Legos along for the ride. Whether you plan on simply transporting them or bringing them along so that you child can play with them it is good to check whether or not it is allowed.

According to the TSA there are no rules against bringing Legos onto a plane, so feel free to bring them along! However, if you have built some odd shaped sets or items you should expect to get some extra scrutiny when going through the security line!

Bringing something to keep your children occupied while in the terminal or even while on the plane is a great choice but although Legos are allowed they might not be the best thing to bring depending on your child’s age and temperament.

For example, if your children love Legos but often drop the pieces or get extremely upset while building them (or if something doesn’t go right) then Legos might not be the best choice. Afterall, it’s certainly possible that some turbulence could cause the Legos to drop and break apart and if that will cause your child to have a meltdown then you likely won’t want to bring Legos at all.

While there are no laws against bringing along some Legos for your flight, it might not be the best idea in the above scenario. It’s also much more likely that you will lose some Legos while traveling with them so if the pieces are irreplaceable then LEAVE THEM AT HOME!

If you want to get some popular Lego sets and send them ahead to your destination rather than taking them on a plane you can find those here.

Are You Allowed to Bring Legos on a Plane?

As mentioned above, there is no rule made by the TSA against bringing some your beloved bricks with you onto the plane. Whether you pack an entire boxed set into your luggage or decide to bring some Legos with you in your carry-on, you should be able to get on the plane with no trouble.

Should you choose to bring a loose Lego creation along for your child to play with during the flight or while waiting to board, know that it is also allowed, though you would be wise to bring along a bag or box to keep the pieces in rather than just having them loose in your carry on.

Overall, airlines will not have any issues with you bringing along Lego sets or Lego pieces so long as you are willing to cooperate with them should they need to check your bag. Having the Legos in a clear plastic bag will help a lot if you do get pulled aside when going through security.

Also, if you are bringing quite a lot of Legos then it is a good idea to have them packed away in your checked baggage, though if the Legos you are bringing are not very heavy you may choose to bring them in your carry-on.

Wherever you decide to place your Legos, whether it be in your luggage or carry-on, as a sealed box set or repackaged, you should still expect to have them thoroughly checked by airport security before you are allowed to take them into the terminal.

Expect to Go Through Security Checks

Many a story has arisen online telling of times that an individual has been stopped by airport security in order to have their bags checked. Sometimes these stories have a humorous tone to them, other times it seems that things were not so humorous.

If you decide to bring your Legos sealed in an unopened Lego set box you should still expect to possibly have the box opened and checked by airport security even if it is brand new. In order to provide security and ensure the safety of all passengers the box will be thoroughly checked for illegal substances and other things that should not be brought onto a plane.

So, if you are taking the Legos for a Christmas gift or something like that you are better off having them in your checked baggage so they won’t be opened up.

For example, a recent account of someone coming from a Lego Store with multiple bags full of Lego pieces say that they were stopped by TSA and asked to have every single bag checked for illegal substances.

This is because in the X-ray the Lego bricks appeared like a large unidentifiable mass and the way that they were packed was quite conspicuous (rolled paper bags that were taped up very tight to prevent spillage).

It is understandable that they were misconstrued as being something of a more nefarious nature, rather than some plain old Lego  toys. Keeping this in mind it is a good idea to pack your Lego  pieces in clear bags for easy identification.

Wrapping them up in paper bags or bags that are sealed in an odd way will lead to suspicion from airport security and the possibility of standing by as they open each and every single bag to check for illegal substances (as that unlucky individual had to sit through before being permitted to board).

Another individual has also reported that he found, among the instruction manual of his Lego set, a card saying that TSA had searched his luggage before it was packed aboard the plane. So always be aware that there is a chance that airport security will check through your Legos to make sure they are safe to fly.

Due to Technic sets including motors, sometimes quite powerful ones actually, airport security may interpret these pieces as unfit for flight. This can be because of the various wires, batteries, and aforementioned motorized parts that could cause issues once at high altitudes, or be viewed as a possible weapon.

While the chances are very low that this would ever happen to you, it is a good thing to keep in mind before bringing along some Technic Legos on your next flight, as there have been reports that passengers have been asked to remove said motorized pieces before being able to board the plane.

While some airport security personnel will understand that your Lego Technic parts are simply a toy, others may not want to take the risk and will have you dispose of said parts before being allowed onto the aircraft.

Something that nobody wants to happen when flying with their Legos is losing a few pieces in transit. Whether your Legos are in your carry-on or in your checked luggage it is a good idea to pack them tightly and securely.

Make sure that the Lego set is packed securely when not in use, as spillage could cause unneeded issues during your flight. Since airport security will most likely open up your Legos to check for various things it is a good idea to bring along some extra tape in case you need to reseal the bag tightly.

Should you bring along some Legos for your child to play with during the flight it is a good idea not to bring an entire Lego set, as some of the pieces can get lost or cause a mess during flight, boarding, or while travelling to and from the terminal.

It is true that there are no rules or laws against bringing Legos along with you on your flight, but use your intuition to judge whether or not the specific Legos you are bringing can cause issues or not when trying to board.

It is also a great idea to bring along secure bags and extra packing materials should airport security ever feel the need to open up your sealed Lego packages. The next time you plan on bringing Legos with you on a plane, make sure you are prepared and it will go much more smoothly.