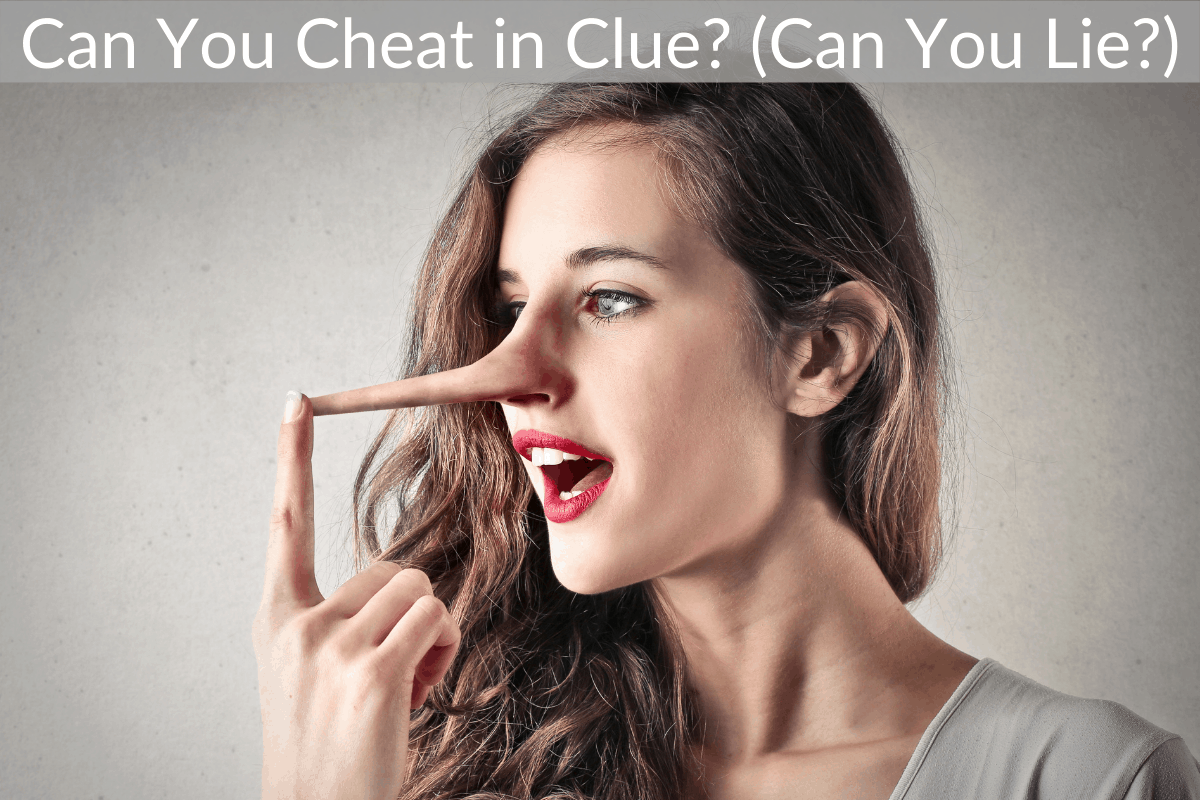 Developed in the 1940’s by Anthony Pratt in Birmingham, England, Clue is a board game that brings players together to solve the mystery of the murder of Mr. Boddy. Mr. Boddy was the host for a dinner party that six people were invited to, and now each player assumes the identity of one of those dinner guests.

Clue isn’t just about the cards you are dealt and the dice that are rolled.

You have to have some skill in deduction and reasoning in order to win.

You have to put together clues before the other players in order to come to the conclusion of who murdered Mr. Boddy.

Part of the game play is making suggestions of who the murderer is, where it occurred, and with what weapon they used. When a player makes a suggestion, the next player secretly reveals a card if they can disprove the suggestion.

If you cheat (or lie) in Clue not only will you entirely destroy your integrity but you will destroy the game as well. By lying/cheating you will give someone wrong information which in turn will cause them to make the wrong accusation and be put out of the game on wrong information.

Some dishonest players might say they can’t disprove it and lead the game astray knowing they hold a clue that everyone might think they don’t. Lying in this way is cheating, and it takes away the fun other players might otherwise have.

Cheating in a board game is an easy way to get a leg up on your competition, but lying like this in Clue totally destroys the game for everyone.

If the player happens to be 2/3rds correct and you let them slip by knowing their solution is incorrect, you will be found out immediately.

My suggestion to everyone is don’t cheat in games or in life in general.

It doesn’t help you in the long run.

What Happens When Someone Lies In Clue?

Clue is a game about uncovering bits and pieces about the night and using that information to solve the murder of Mr. Boddy. When someone lies, there is a potential that you will now use bad information when trying to accuse the murderer and end up losing the game entirely.

Proving someone is lying in the game of Clue, however, is a difficult task. First, you must have an idea that they are being dishonest. Then you have to be confident enough to voice that to the rest of the players.

If you accuse someone of lying, the only real way for them to disprove it is showing you their hand. This, in turn, will put you at a further advantage as you will now have all their clues and will be much closer to knowing the truth.

When this happens, you basically have to end the game, or continue play without that person so that all the extra information you have is shared with the others still in the game.

The best thing to do, though, is not lie or cheat at all.

Can You Suggest And Accuse In The Same Turn In Clue?

When the game starts coming to the end, and you have started to eliminate suspects, weapons, and locations there is a good chance you come to a point where you are ready to make an accusation.

The only way to win Clue is to make an accusation and then look at the three cards in the evidence envelope.

If you are right, you win. If you are wrong, you are out of the game. Thus, you are only allowed one accusation in any game of Clue.

There will be times that you make a suggestion and at the end of your turn you are ready to make an accusation.

This is only possible if no other player disproved your suggestion. Essentially, your suggestion would either need to be the correct solution, or the only wrong answer is in your hand.

If no one says your suggestion is wrong, you can make an accusation to end your turn, but if anyone shows you one of their cards, your turn ends at that time.

It can be very frustrating and exhilarating when you know the final answer and have to wait for 2-5 players to take their turns before you are able to win the game, but fair is fair, so you have to wait your turn.

Can You Show Someone The Same Card Twice In Clue?

When a player makes a suggestion and the turn comes to you to disprove his/her theory, you must show one card to the player if it would prove his answer is incorrect.

There will be times when you have multiple cards that would disprove the player’s suggestion.

When this happens, you have a choice to make, but it is yours to make. You can choose any card that would disprove their theory.

There are times when a player might forget what cards have been shown to them, or when they want to eliminate another portion of the puzzle without hinting they have the answer to another already. If this happens and you can disprove their theory with a card you have already shown them, it is perfectly legal to show them a card a second time.

In fact, if they continue to use the same suggestion you can show them that same card every single time and it is perfectly legal.

Some players might get frustrated at this strategy; however, it is a perfectly legal way to avoid showing them additional cards in your hand.

Why Is Miss Scarlet First in Clue?

In most of today’s games, each player generally has an equal chance of being the first player to go. This is usually decided by rolling a dice and the person with the highest roll goes first.

Some games have started coming out with more off the wall ways to decide this, such as the last one to use the restroom.

In the game of Clue, the player who assumes the role of Miss Scarlet is deemed to go first, but why?

In the lore of the game Clue, Miss Scarlet is the first to notice the death of Mr. Boddy, therefore the game designers wrote the rules as she obviously would know to start looking for clues before anyone else.

It might not be the most even way to start a game; however, it is nice to see a game designer think about the story of their game as much as how it should be played.

In life, no one likes it when others lie, cheat or steal. That is the same way in the game of Clue.

Whether its hiding cards, lying about what is in your hand, or trying to look at someone’s cards as you go to and from the bathroom, it is not a good thing to cheat in Clue.