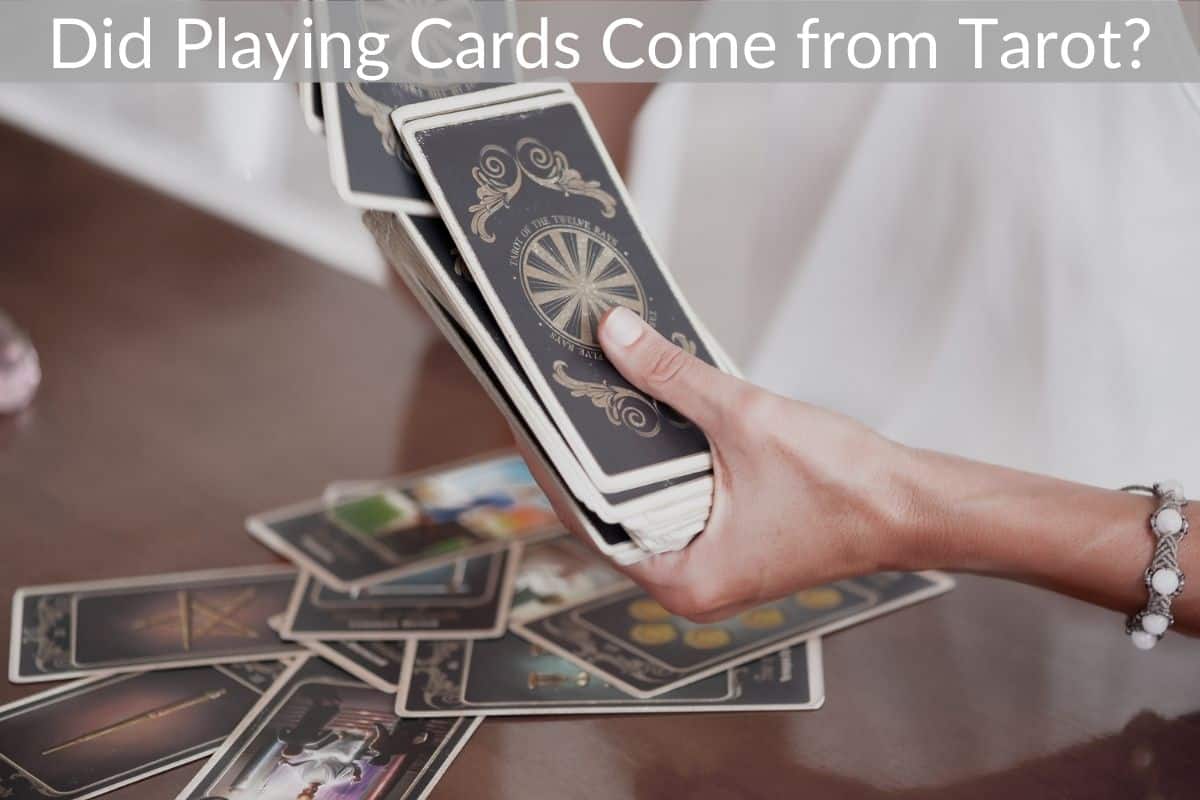 Playing cards are one of the oldest tools used for games. They have been around for centuries, and continue to be very popular today.

Over the last several hundred years, people have created various types of games that can be played with these cards.

There are literally thousands of games that have been developed and are played commonly across the globe. Though some of these games are similar in nature, they all seem to have their own unique personality that differentiates them from other games.

Like playing cards, Tarot cards have been around for a long time as well.

Tarot cards are a different style of cards that some people use in games and even in the art of fortune telling.

Whether you think fortune telling is a scam or not, the cards are very much known for their use in that field.

Although the fortune teller stigma of Tarot cards is probably the most common reason people have heard of them, Tarot cards are also used for a number of games as well.

With both styles of playing cards having such rich histories, and dating back so far, one can’t help but wonder which ones are older. In addition to their age, you might also be asking if one was designed from the other.

The similarities of a standard deck of cards and a Tarot deck are hard to miss. Just looking at them, you would have to assume that one is the original, and the other was developed from them.

With both of them being centuries old, it is understandable that you could think that Tarot cards were the original.

However, Tarot cards were developed in Italy in the 1430’s, as many as 70 years after the standard playing cards came on the scene throughout Europe in the 1300’s.

Tarot cards were actually based on playing cards available at the time and expanded on what the standard deck of cards was/is.

Despite many feeling that Tarot cards are on the dark side of things, there are a lot of different games you can play with them. Most of the games were developed overseas and include various quantities of cards from the Tarot deck.

If you have been playing card games for a long time and have gotten bored with the hundreds of different games you can play with a normal deck, having a Tarot deck added to your gaming library can add some new options for you.

If you are looking for a set of Tarot cards, you can find a plethora of options if you click here.

If you are looking for a standard set of playing cards, you can find some if you click here.

What Is The Origin Of Playing Cards?

You may be wondering where playing cards did originate from if Tarot cards were developed later.

Playing cards are believed to have first appeared in Europe in the 1370’s, about 70 years before the first recordings of Tarot decks in Milan, Italy in the 1430’s.

Playing cards are believed to have been brought to Europe as an import from travelers to Africa. Experts suspect that either Italian or Spanish travelers brought them back after visiting the Islamic Mamluk dynasty centered in Egypt.

The first playing card decks available in Europe were all hand-painted, which made them extremely expensive, and really only something for the rich.

However, it is believed by experts that the origination of playing cards dates back to ancient China, as there is evidence of a type of card set as early as the 9th Century during the Tang Dynasty.

Though these cards would be a far stretch from what we use today, it isn’t surprising that cards similar to our decks date back so far.

Playing cards are a simple thing to produce.

All you need to do is to accurately cut sheets of paper into similar sizes and add numbers and designs. The fact that they date back so far shouldn’t surprise anyone.

What Is The Oldest Card Game Known To Man?

With playing cards having such a long history, there has surely been a number of games that were developed long before recorded history would allow us to figure out what the very first game was.

The oldest games were likely developed in ancient China or other parts of Asia. As card games made their way from the Far East to Africa, games likely were developed and changed along the way.

There aren’t any known rules from that time before playing cards started to move across Europe. Although we know that playing cards entered Europe in the late 1300’s, and expect that it was brought to Europe from Egypt by way of either Italy or Spain, it is Germany that holds the record as the oldest known game.

The game of Karnoffel is known to have been commonly played in Bavaria by 1426. Records show that it was listed in a municipal ordinance of Nordlingen, Bavaria as the only game that could be played lawfully at the city’s annual festival.

Karnoffel is a trick taking card game that uses a German suited deck of cards.

The game traditionally uses 48 cards, but there are newer versions that use 36. The game is similar to Spades and Rook in the way it is played. However, unlike these games, Karnoffel doesn’t go through the whole deck each hand.

The game starts with the dealing of 5 cards to each player. The first of those cards is dealt face up. The lowest face-up card determines the trump suit, and then players take their 5 cards and play begins to the left of the dealer.

To determine who takes a set of cards, you only look at what card was led, and whether a trump was played. The winning card is either the highest trump card or the highest card in the suit that was led.

Playing cards have a fascinating history. We will never truly know when the first deck of playing cards came about, but we can be certain that it was long before any of us were old enough to shuffle them.

It can be really fascinating to play with a set of cards that has been around in some form or fashion for over a thousand years.

Who knows, your favorite game could be very similar in concept to what they were playing back in Ancient China!