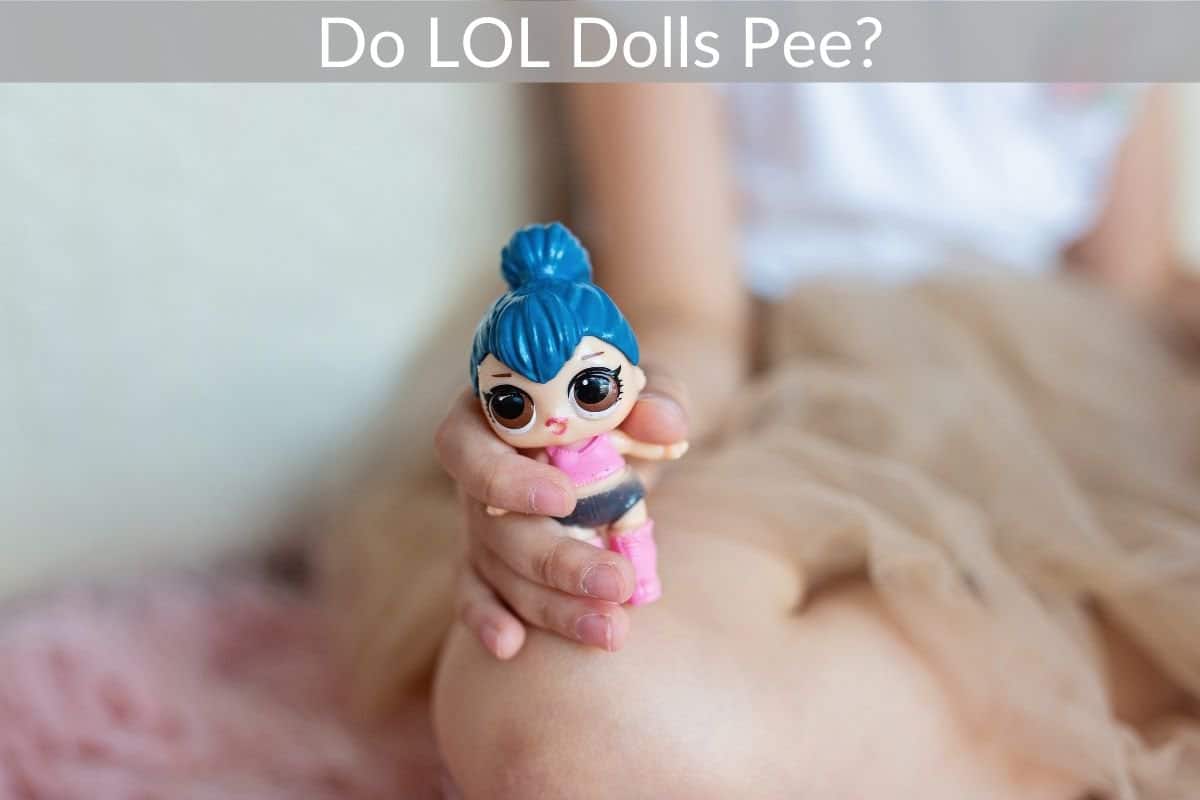 LOL dolls come with a bunch of surprises! While the packaging says four, five, six, or seven surprises, there are also hidden surprises in the dolls’ capabilities.

The surprising abilities of LOL dolls are revealed in water. Most LOL dolls come with slightly parted lips, creating a small hole with which they can drink water through their sippy cup.

Some LOL dolls will pee while others will not. All LOL dolls are designed differently and you won’t know what special abilities a specific doll has until you unwrap it.

While all these above water-actions sound fun, you can never be sure if your LOL doll will perform one or more of these. However, most LOL dolls can perform more than one of these actions and have at least one action that they perform.

To see the most popular LOL dolls just click here.

Let’s see which LOL dolls are capable of which of these actions:

LOL Dolls That Can Always Pee

Out of all the LOL dolls, the following eight dolls are always able to tinkle:

She wears her dyed hair as side braided buns with her bangs falling on her face. She also wears a pastel pink pair of eyeglasses, and her outfit is also in the shades of pastel blue, pastel yellow, and pastel pink.

M. C. Swag is a part of LOL Surprise Series 1 and belongs to the club Glee. She has a tanned complexion, pale green eyes, and white hair that’s braided in cornrows and tucked in a cap.

All M. C. Swag LOL dolls can pee while some can also cry.

Fancy is also a part of LOL Surprise Series 1 and belongs to the club Opposites. She has pale blue eyes and brown hair. Her hair is curled inward in a bun over which she wears a pale pink headband and a pink tiara.

When Fancy was re-released as a part of the Glitter Collection, her headband and tiara were replaced with a big bow.

Only Series 1 Fancy LOL dolls can pee. Their tinkle ability was replaced with spitting when they were made a part of the Glitter Collection. However, all Fancy dolls from Series 1 and Glitter Collection have the common ability to cry.

Sugar shares many similarities with the LOL doll Bon-Bon. Like Bon-Bon, Sugar was also released as a part of Series 2 and had pastel-colored hair that she wears as side braided buns.

However, unlike Bon-Bon, Sugar’s hair is only dyed in two colors, i.e., pastel blue and pastel pink, and she belongs to the opposite club.

Sugar has blue eyes and was re-released in the Glam Glitter Collection with a metallic shine to her hair and darkened glitter eyes.

Hoops MVP is a part of LOL Surprise Series 1 and belongs to the Athletic club. She has brown eyes and black hair that appear puffed up being worn as side buns. Her front hair also appears as puffed-up bangs covering a bit of her forehead.

Hoops MVP was re-released in the Glitter Collection with hair coated in glitter.

Hoops MVP LOL dolls from Series 1 pee and cry, where those from Glitter Collection pee and spit.

Honey Bun is a part of LOL Surprise Series 2 and belongs to the club Hip Hop. She has dull green eyes and wears her hair in a bun on top of her head with her short bangs falling on her face.

She was re-released as part of the Bling Collection, where her eyes and hair turned glittery. She also got a pair of dark sunglasses and the ability to pee.

Honey Bun LOL dolls from Series 2 could cry, whereas those from the Bling collection can spit and pee.

Sis Cheer is a part of LOL Teens Season and a member of the Athletic club. She has brown eyes and brown hair. She wears her hair in a tight bun on top of her head tied with a large bow, and her short bangs fall on her forehead.

All Sis Cheer LOL dolls can change color and tinkle.

Pink Baby was released as a part of LOL Surprise Series 2 and belonged to the club Retro. She has brownish-hazel eyes and platinum blonde hair braided in multiple pigtail braids on the top and back of her head. From the front, her short curls are styled to frame her face.

LOL Dolls That Can Sometimes Pee

Besides these, LOL dolls that can sometimes tinkle include VRQT from Sparkle Collection, Sleepy Bones from LOL Surprise Series 3, and Super BB from Glitter Collection.

While children find it funny, the ability to tinkle among LOL dolls may be discontinued. Several parents find it gross to introduce tinkling in game-play for their kids and have raised the issue with the toy manufacturers.