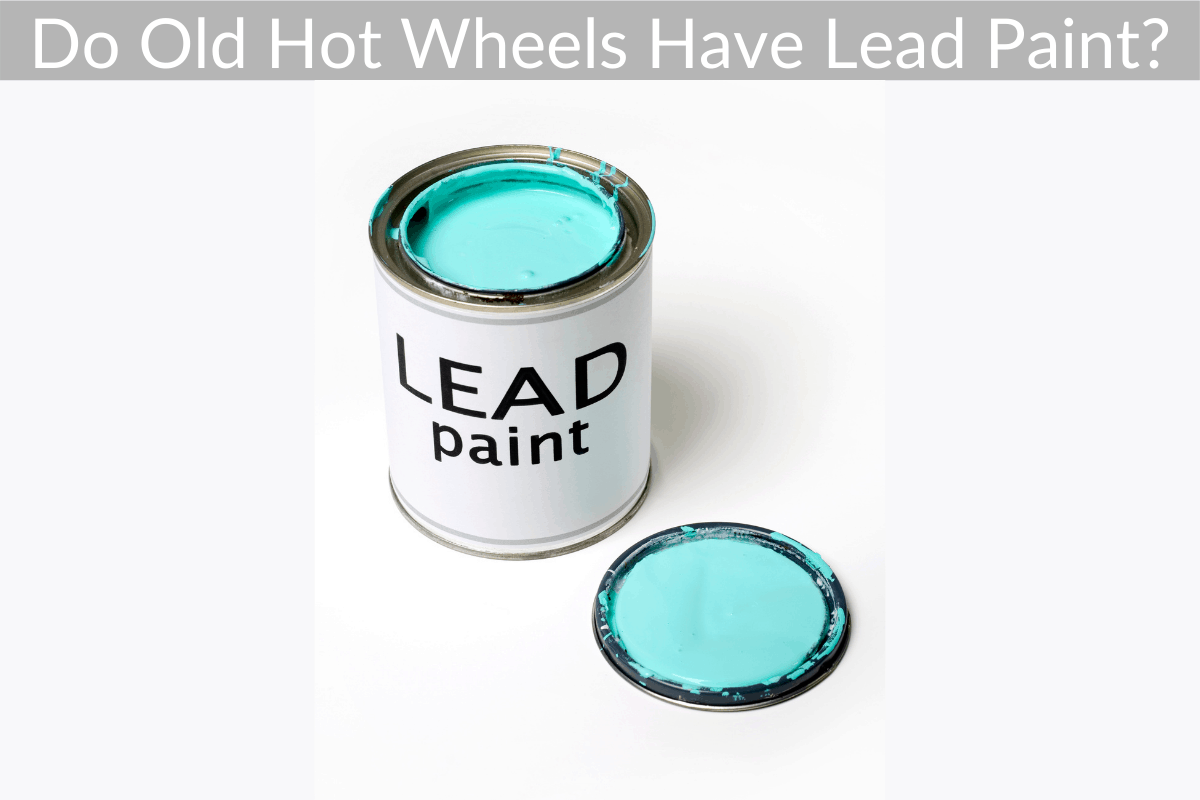 When it comes to things that we don’t ingest, we have the tendency to pay less attention to what those products are actually made of or covered in.

For example, parents pay little to no attention to the build construction of the toys their kids play with, maybe under the assumption that they are safe since they have been tested by government bodies.

However, there’s been a lot of controversy around some manufacturers using lead paint in toys (older toys), a toxic chemical that can take a toll on our health.

Mattel, the company behind Hot Wheels, also found itself in the middle of the controversy when news broke out that they were recalling some of their toys because of lead paint usage.

Hot Wheels cars launched for the first time in 1968, but it wasn’t until 1978 when lead paint was banned in the United States.

So does that mean that old Hot Wheels will have lead paint?

It is a definite possibility that Hot Wheels cars manufactured before 1978 did have some lead paint used on them. As a parent it would be best to keep older Hot Wheels (and other old toys) away from your young children.

There is a high chance that the first decade of Hot Wheels cars did contain traces of lead and likely still do even to this day.

If you have young children who are likely to lick the cars or stick them in their mouth then you should keep any Hot Wheels made before 1978 away from them.

You can also purchase a lead paint test kit to double check each of your older toys to see if they are safe for your children to play with or not.

Recently (2007) Mattel also recalled thousands of its toys because of the presence of lead, brought about by an error of their manufacturer in China so it is possible to still have issues even in modern times but its highly unlikely.

Over the years, Mattel has had quite a number of recall efforts, taking back several toys from toy store shelves due to the presence of lead.

The most recent one was in 2007 when the company recalled 967,000 toys because they found that lead paint was used during manufacturing.

This controversy was born because of Mattel’s contract with a manufacturer in China, who covered several lines of toys with lead paint.

Mattel was able to obtain two-thirds of the toys with lead traces. These were the ones left unsold on toy store shelves and from other retailers.

However, over 300,000 toys were already in the consumer market. Mattel reached out to parents to try and make sure that they kept them away from their kids.

Hot Wheels, as well as other matchbox cars, can contain high levels of toxic lead, which can harm the health of children if they are from older or have a manufacturing issue like those that were recalled.

Mattel is consistently conducting efforts to make sure there is no use of lead paint and make their toys safe for children. This is proven by their conscious efforts to conduct toy recalls if needed.

It’s important that parents pay attention to news of Mattel’s recall efforts, as well as to conduct the necessary measures to keep older lead painted  toys away from their children.

Considering that there is a high likelihood of old Hot Wheels cars containing toxic lead, Mattel advised that young children should not be allowed to play with older toys.

Toddlers have the tendency to put toys in their mouths or not wash their hands after playing with their Hot Wheels. This increases the risk of them ingesting some toxic lead.

Safety requirements and production materials change over time, and Mattel is conducting efforts to ensure that their toys are safe for consumers.

So it’s much safer to have kids play with newer Hot Wheels, where lead has been eliminated and safer materials were used during the manufacturing process.

Otherwise, you can give your child old Hot Wheels when they are older and know enough not to put them in their mouths.

Children are more susceptible to health risks when exposed to toxic lead. It can pose serious long-term health conditions, such as:

This toxic chemical can be extremely harmful regardless of its form and where it is found. That means that Hot Wheels cars with even the slightest trace of lead can put your child at risk.

Your responsibility, as a parent, is to identify toys that may contain lead and keep them away from your children.

How to Avoid the Dangers of Lead in Toys

Use a home testing kit

There are lead testing kits available in hardware stores and online that allow you to test for the presence of lead in your kids’ toys.

Although these are not as effective as lab tests, home testing kits can be an additional safety precaution for you to take and a good first step.

Get your toys lab tested

Before toys are sold, the companies behind them are required to get them lab tested to identify any harmful chemicals or materials.

However, if you want a more solid assurance, and you have the funds, you can send your personal toys to a private lab for testing.

Some profit groups also have x-ray fluorescence testing to identify if objects have a toxic lead. Research groups in your area and consider using some of their services (if you can afford it).

Prevent kids from accessing them

The saying that goes “prevention is always better than cure” has never been more accurate.

The best thing that you can do to avoid the dangers of lead is to prevent your kids from gaining access to lead-infused old toys.

If a toy has been recalled by the manufacturer or you’ve found through your testing kits that it contains traces of lead, it’s best to toss it in the trash or keep it only as a collectible that isn’t played with.

Don’t allow your kids to hold or play with them at all!

It’s also worth noting that you shouldn’t donate them either as you might be giving them to another unsuspecting family.

Antique toys that were produced before lead was banned in the United States should also be taken from the reach of children.

In any case, whether the toy is at risk of having traces of lead or not, you should discourage your children from putting toys in their mouths.

Teach them to wash their hands after playing as well.

If your child has the tendency to bite on, chew, or lick toys because they’re teething, opt for toys that were specifically made for this purpose and especially avoid all toys made before 1978.

Parents need to start paying more attention to the toys that their children play with.

As seen in this article, there is always the risk of the toys being infused with harmful chemicals that can damage your child’s health if the toys are older.

Your responsibility is to take proactive efforts to ensure that what your kids are getting their hands on is safe.

As much as possible, keep them away from old Hot Wheels cars and other antique toys or test them before letting them play with them.

If you want to be more sure of the fact that the toy is safe, use a home testing kit to spot any possible lead traces.