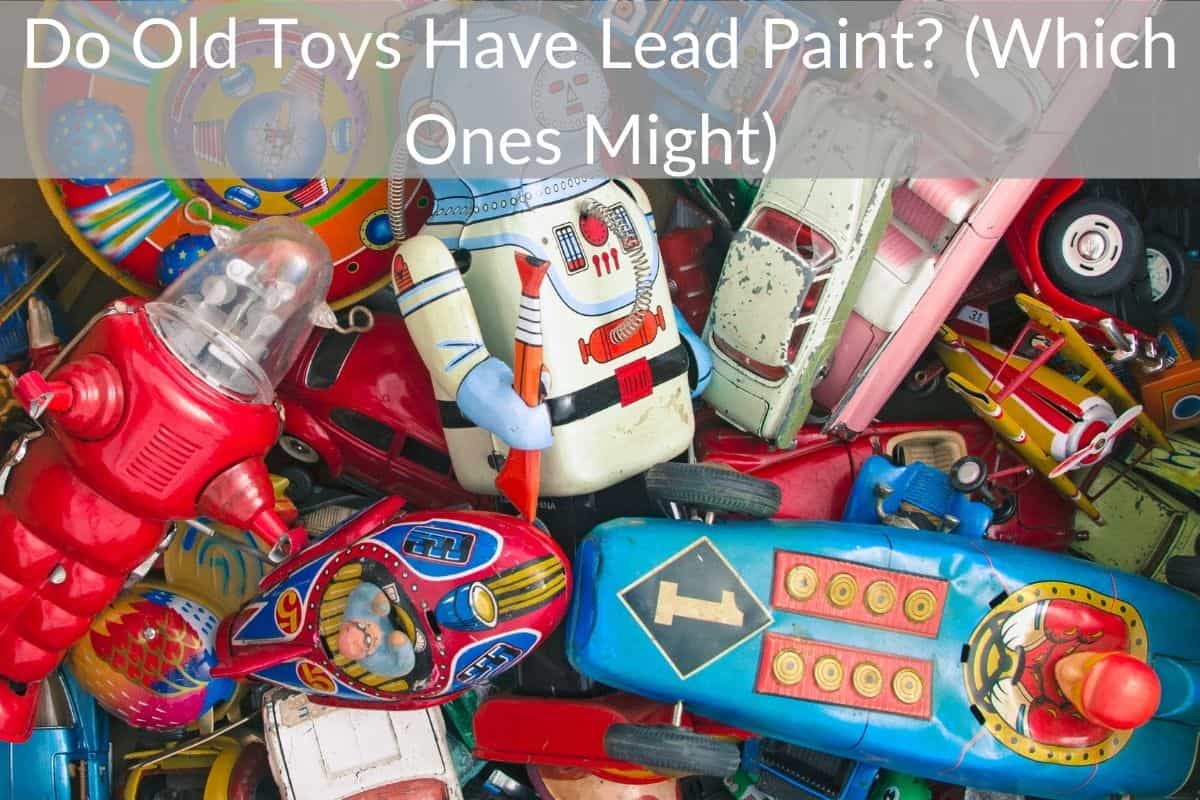 As a parent, I know the pull nostalgia can have when you see your kids playing with toys from your childhood. It might even push you to search for vintage toys at your local thrift store or online.

However, there are hidden dangers in many of the toys you might have played with as a child.

Many people have made many significant discoveries over the years. Unfortunately, some discoveries like lead can have dire consequences, primarily since it was used in so many ways including as a popular coating for children’s toys.

Lead has been linked to several health issues for adults and children, including developmental problems, and in some cases has caused fatalities.

It’s common to pay attention to the things that our kids ingest and ignore the things they come into contact with outside of their bodies. And while government regulation of what is put in and what coats children’s toys give some measure of comfort, you can never be too careful.

There are numerous studies that show how some manufacturers, even today, deliberately ignore government regulations. And this is especially true for old toymakers who used lead to coat the toys they produced.

In the U.S, lead paint was banned in 1978, but some manufacturers continued to use lead paint in toys. In fact, heavy metals were completely unregulated in toys and other consumer goods until 2009, when the Consumer Product Safety Improvement Act (CPSIA) was enacted by the government.

So do old toys have lead paint? And which ones might have this toxic chemical?

It’s definitely possible that your vintage toys could have certain levels of lead paint. You have to especially watch out for any painted toys that were made prior to 1980 as those are much more likely to have lead paint.

These old toys are likely to have lead concentrations that exceed current U.S. and European limits. Additionally, these vintage toys would have degraded over time, resulting in the release of tiny paint particles that contain the lead in them.

Old toys are still in frequent use, most thrift stores sell them, and churches, hospital waiting rooms, and charities are full of them. Some families pass them down from older siblings or friends, which presents an exposure outlet that may be overlooked.

Any old toys that were painted are at risk of having lead paint so those toys should never be played with by children that could lick them or stick them in their mouths.

If you are concerned some of your old toys might have lead paint on them you can test them using a lead paint test kit. You can find those test kits by clicking here.

What Are The Health Consequences Of Lead Paint

Children are more at risk for developing severe health problems when exposed to lead. It causes long-term health issues such as:

Regardless of what form or level lead comes in, it is a highly toxic chemical. This means that even the slightest traces of lead in old toys can harm your child.

As a parent, you can never be too comfortable, so you need to identify toys that are contaminated with lead and avoid them at all costs.

How Do I Know If My Toys Have Lead Paint?

You might be worried about how to identify lead paint in the old toys that you do have. The following tips might assist in getting ahead of the situation:

Use a home testing kit

Several hardware stores and online stores (including this one) sell lead testing kits. You can use these at home on any one of your child’s toys that you might be worried about.

One word of caution though, these home testing kits are not as effective as lab tests. They may not be able to accurately detect low levels of lead, so use them with that in mind.

Get your toys lab tested

Most toy manufacturers are mandated to test their products in a lab to identify any harmful chemicals and materials before selling them. However, there is no guarantee that the toys you purchased have been adequately tested, so if you’re worried, you have options.

Some non-profit safety groups offer x-ray fluorescence testing for parents who want to identify if the toys in their home contain traces of lead. You can use their services if you don’t have the money for private lab testing, which tends to be quite a bit more expensive.

If you do have the money and need more assurance, you can pay for a private lab to test the toys that you have in your home.

Prevent kids from accessing them

There are many websites that give you a list of the toys that have been recalled due to lead. But it can be hard to keep up with every recall because some don’t even make the headlines. If you have any vintage toys in your home that you are worried about, the best way to prevent lead poisoning is to keep them away from your kids.

If you aren’t keen on throwing away (recycling) your prized vintage toys, you can keep them as collectibles that no one comes into contact with.

Alternatively, you can wait until your children are past the age where they put everything in their mouth before you give them access to these toys.

If you do choose to allow your older kids to play with these vintage toys, ensure that proper hand washing is done after they’ve finished playing. This will minimize the risk of lead poisoning.

It’s also worth noting that you shouldn’t donate them either, as you’ll just be passing on the risk to unsuspecting victims. It’s better to prevent lead poisoning than to treat it.

Can Your Body Get Rid Of Lead?

There is no cure for lead poisoning. The only way to get rid of it is to allow the body to flush it out naturally. In severe cases where there are incredibly high levels of lead in the blood, hospitalization is necessary.

A medicine called a chelator is administered to help the body.

Unfortunately, this procedure does not reverse any damage done by lead poisoning, which is why prevention is better. Studies show that a diet high in calcium, iron, and vitamin C can help the body absorb less lead.

As a parent, you’ll need to be sure and pay more attention to the toys that your kids play with. The dangers are not just in the old toys you have at home.

They might be at the hospital waiting room, churches, or even daycares.

In today’s world, children are already burdened with toxic exposures from other sources. Your responsibility is to make proactive efforts to minimize this exposure.

As much as possible, keep your kids away from old toys manufactured before the ban on lead was placed. Additionally, stay away from toys whose source is hard to trace, such as those from China.