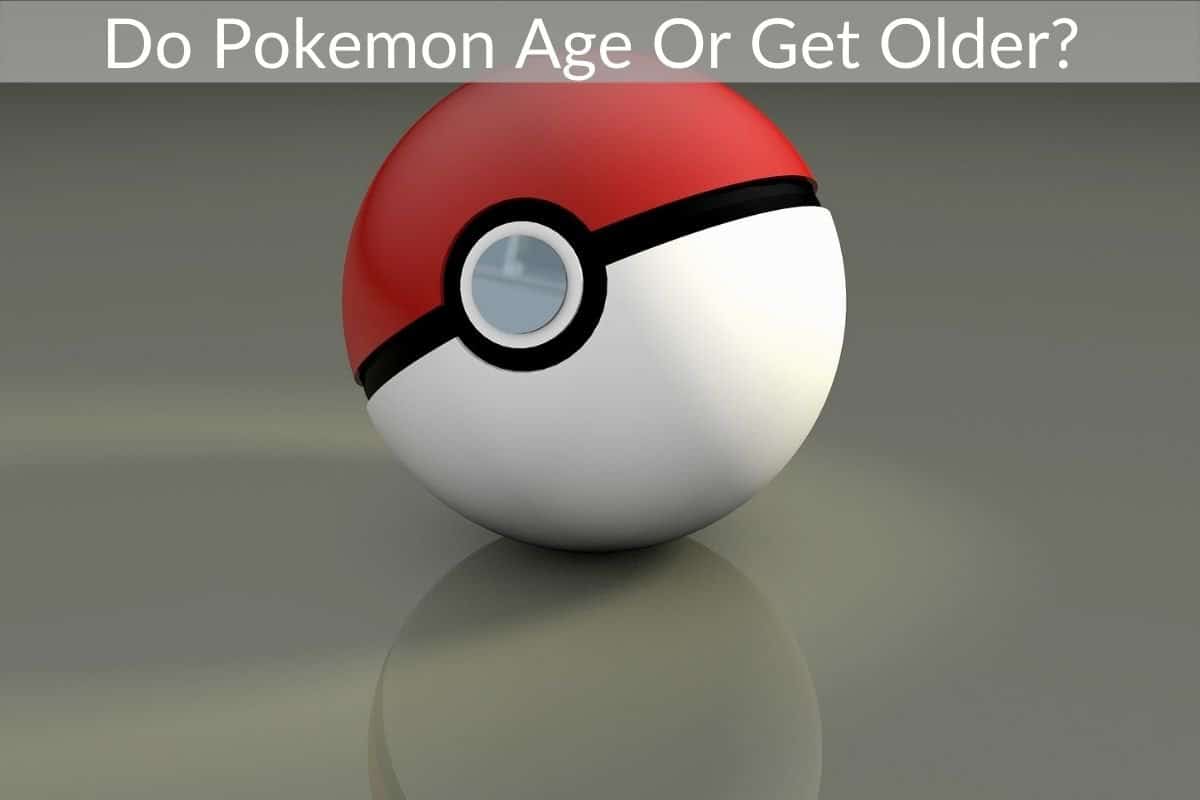 Pokemon is a quest game of monsters each with different strengths battling one another to become the best. In the Pokémon world, humans who are Pokémon trainers capture and train their Pokémon to battle other Pokémon’s for sport.

Perhaps the most recognizable of the Pokémon is Pikachu, a little yellow creature with electric powers. Kids love to collect Pokémon cards, play Pokémon video games and watch the television series about these unique creatures.

When watching the series, some may have questions as to how old Pokémon’s are. Do they age at all? Do they get older?

Pokémon do seem to age and get older in the TV episodes. There are even relationships between the Pokémon suggesting that some are older or more mature than other Pokemon are.

Knowing this, it’s important to understand that Pokemon evolve as they gain more battle experience. As Pokémon fight one another the victor evolves making them stronger, bigger, etc.

We know too that they age but the evolution process and their ages are not connected in any way. Just because a Pokémon is more evolved does not mean that it is older.

Although older Pokémon have been around longer to experience more so they may be more evolved.

Some characters are looked at as adults making us wonder if they can grow older. From what information they give us about relationships to other Pokémon such as a mother or father, or elderly Pokémon with obvious aging signs such as wrinkles or hunched shoulders, we can deduce that they indeed grow older.

To see the most popular Pokemon accessories on the market just click here.

Do Pokemon Have Specific Ages?

Pokémon come in all different shapes, colors, and sizes. Some are more powerful than others and each feature their own specific abilities unique to them.

They want to be the best Pokémon.

They train and have trainers to fight in battles to become victorious. Do these interesting creatures have any specific ages? Or are they all immortal?

Pokémon do have specific ages however it isn’t known the exact age of any Pokémon in the game or show. The main character in Pokemon (Ash) is said to be 10 years old but no ages of the Pokemon characters are ever given.

So, since we know that the genre itself is over 25 years old then why does the main character seem to stay the same age?

The ten year old Ash Ketchum, who dreams of being a Pokémon master, seems to stay the same age throughout the series. He started out his journey at age ten and to this day is still ten.

When Pokémon was created, Ash was introduced as a ten year old, meaning he was born in 1986, so he should be much older than 10 by now!

Many people have come up with theories as to why he doesn’t grow older. One compelling argument is that he went into a coma and since then hasn’t aged. Another is that he and his companion Pikachu actually died and came back as ghosts and therefore don’t get older.

I think it is safe to say that whatever the reason it is a fictional story and world where anything is possible.

Collecting Pokémon trading cards is done as a hobby or for selling and trading. Kids, teens, and even adults enjoy buying the cards and trading or selling them to other collectors.

However, by collecting these cards they may not tell you if the characters themselves grow up. That is something that the television series went more into depth on.

How Many Years Can A Pokemon Live?

Evolving gives a Pokémon more power making them stronger and giving new abilities for future battles. It may sound confusing but when Pokémon evolve it makes them faster and more experienced and able to do more like adults would do.

That sounds a lot like aging but then again the fictional Pokémon world is a lot different than ours.

But this evolution process actually doesn’t include them growing older in age. While Pokémon grow stronger and gain new abilities, they also grow older.

You may be wondering how long they live?

Pokémon can live for hundreds of years. However some have shorter lives. It all depends on what type of Pokémon they are.

Ghost Pokémon live for centuries because, well, they are ghosts! Some other Pokemon can live for hundreds of years and we will mention a few of them later. Then there’s the small Pokémon.

These guys have an average lifespan of about 20 to 40 years.

In the animated series, you follow Ash Ketchum on his many adventures meeting many Pokemon along the way. In one of these TV episodes, one Pokémon was known to be elderly and passed away.

From this we can see that Pokémon do get older and can even die.

In the article on Comicbook.com they state, “So the next question becomes “Do Pokemon physically age?” Thanks to the presence of Pokemon gravesites in the Kanto, Hoenn, and Kalos regions, we actually have an easy answer to this.

Visitors at the Kanto and Hoenn graveyards will comment on their departed Pokemon’s long life, implying that the Pokemon died of natural causes.”

From this we can see that these Pokémon do grow old and pass away however exactly how long they live is quite hard to pin down.

What Pokemon Has The Longest Lifespan?

Now we know that these “Pocket Monsters” ages can vary. Smaller Pokémon only live for a few decades but bigger Pokémon can live for a very long time.

There are quite a few Pokémon that live for a long time.

Legendary Pokémon are immortal and ageless. Here’s a list of some of the  Pokémon’s with the longest lifespan: Rayquaza, Groudon, Kyogre, Azelf, Mespirit, Uxie, Giratina, Palkia, Dialga, and Arceus.

These are the most rare and powerful of the Pokémon and can be anything from a bird or animal to a man-made Pokémon or creature. Because these Pokémon are legendaries they can live for hundreds to thousands of years.

Pokémon can age and get older. Some are immortal (ghost Pokemon) while others can die.

Pokémon are popular with kids and teens who collect trading cards, play video games or watch the animated TV series. A recent popular game is Pokémon Go. This reality mobile game allows players to track and map Pokemon so they can catch and train Pokémon characters in real locations.

If you were curious as to the ages of these Pokémon characters, know that it can depend on their species and that some do grow older.