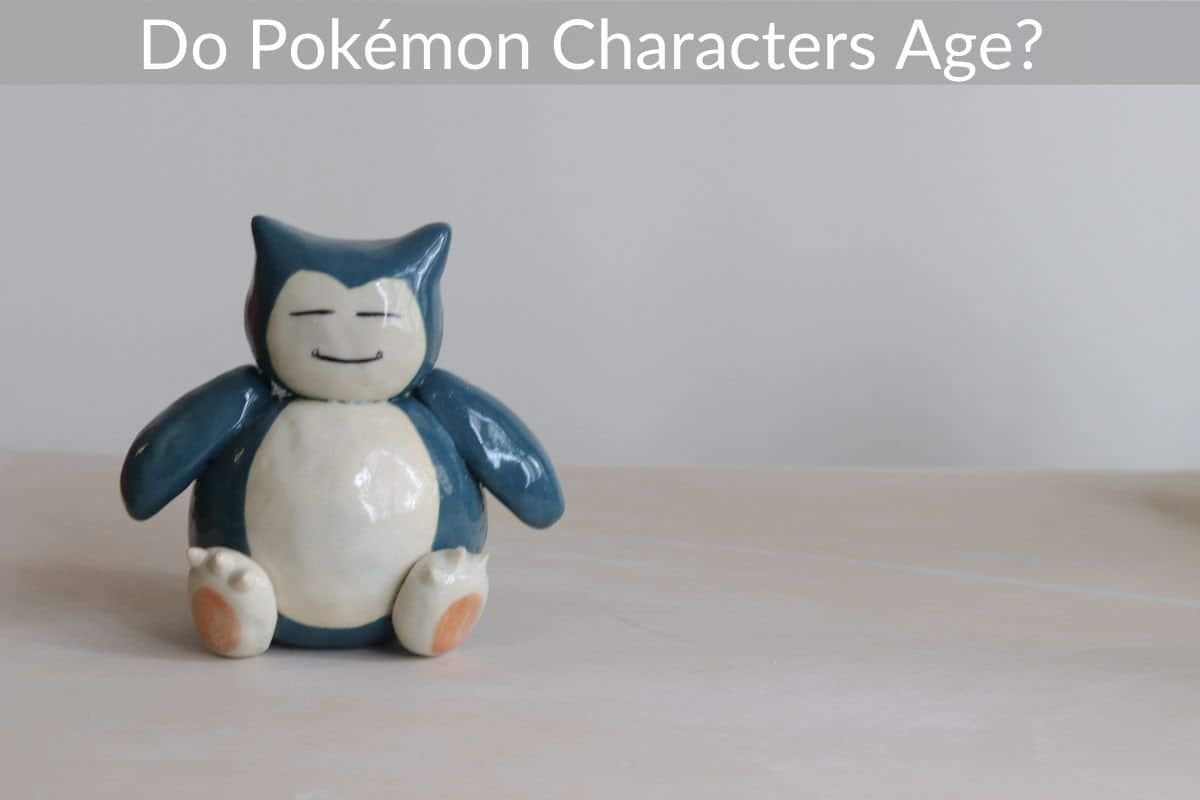 As a kid, you would collect all the Pokémon cards and merchandise. You would watch the Pokémon series and wanted to be a Pokémon trainer just like Ash.

Now that you are older and have kids of your own, Ash is still there collecting the Pokémon at the same age you were when you started collecting. So what happened?

Why is Ash the same age he was when you first started collecting Pokémon? Does Ash or anyone else in the Pokémon world age?

While many years have gone by in the Pokémon world, the characters are all still around the same age. Many believe the characters don’t age so the next generation can enjoy and relate to the world of Pokémon.

If Ash and all the characters age, it would no longer really appeal or relate to generations and generations of children.

Much like all the other beloved cartoons that have been on-screen for years haven’t aged and still engage children, so does the wonderful work of Pokémon.

How Many Pokémon Has Ash Caught?

Ash received his first Pokémon, Pikachu but Pikachu was less than thrilled to be paired with Ash. Pikachu would purposely sabotage Ash from catching other Pokémon.

However, after Ash risked his own life for Pikachu, a bond was formed and Pikachu began to trust Ash. The two have been traveling around the world catching and helping Pokémon ever since.

Throughout his and Pikachu’s many journeys, Ash has collected at least 96 different species of Pokémon. Ash views Pokémons as individuals and not just as tools or weapons to collect.

There have even been Pokémon that have allowed themselves to be captured by Ash all because he had befriended, helped, and believed in them.

What Are The Different Pokémon Types?

Each creature in the world of Pokémon is made up of one of the 18 different types. These types determine what Pokémons strengths and weaknesses are. It also determines their moves and what they can do to help in fights.

What exactly are the 18 different types in the world of Pokémon?

The normal-type of Pokémon don’t have any specific strength and their only real weakness is against fighting-type moves. When a normal Pokemon attacks a ghost Pokémon, their attacks won’t work but also works in reverse where ghost-type attacks don’t affect a normal Pokémon either.

Normal Pokémon are able to learn moves better than other types.

These fighting-type Pokémon have extraordinary physical strength and can do moves that are similar to martial arts. They are very effective when going against normal, rock, and ice-type Pokémon but are vulnerable to flying, bug, and psychic-types.

The grass-type Pokemon can be found in the open fields and forests. A majority of the grass-types produce spores that are used in battles against the other Pokémon.

Other grass-types can also harness the sun and use the power of the sun as an attack. They are strong against water, ground, and poison-types and weak against fire, irce, bug, flying, and poisonous-types.

The fire-type Pokemon love to live in hot areas such as volcanoes or deserts, but some can also be found living in the countryside. Able to breathe, and even be made of it, the fire-type is very weak against the water-types.

They are also weak against rock and ground-types as well. They are very effective when used against grass, bug, and ice-types, and also they can’t be burnt.

One of the most common types of Pokemon, the water-type can be found in any river, pond, or sea. The water-type is very effective against fire, rock, and ground types.

They are weak against the electric, grass, and sometimes ice-types.

The ice-type Pokemon are very rare in the Pokémon world and can only be found in areas like mountain tops and occasionally in the water. They are weak against fire, steel, rock, and fighting-types but are effective against dragon, ground, grass, and flying.

One of the most powerful in the world of Pokémon, the dragon can dish out high levels of damage among the other Pokémon. They are highly effective against all Pokémon types other than steel and other dragon-types.

Their only weakness is against other dragon-types, fairy and ice attacks.

The mysterious ghost-type dwells on a different plane in the Pokémon world. They can’t be harmed by normal and fighting attacks and they are only really effective against other ghost-types and psychics.

The dark-type is another mysterious Pokémon that do their best in darkness and have some dark and evil abilities. The psychic attacks do nothing to them,  but they are very vulnerable to fighting and bug-types.

They are very effective against psychic and ghost-types.

The psychic-type is the most intelligent of all the Pokémon. Since they are telepathic, they are able to communicate with humans, although many of them choose not to do so.

They are vulnerable to ghost, dark, and bug-type attacks and are effective against poison and fighting-type Pokémon.

This type delivers harmful toxins when they attack. They can be found in forests and caves. The poison-type is strong against grass and fairy-types but very weak against psychic and ground attacks.

They are also immune to being poisoned themselves.

This type of Pokemon can be found in or near caves and mountains and are actually made of living stone. They have great endurance against attacks from normal, fire, flying, bug, and poison-types. They are vulnerable to water and grass attacks.

The ground-type Pokemon prefers to be underground and typically attack using the ground itself. They are fairly effective against all types except flying which can get away. The ground-type themselves are vulnerable to grass, water, and ice-types.

Considered to be one of the weaker types, they are unique in that they can use attacks of other types such as dark, psychic, and grass. Though they may be weak and small they are strong against grass attacks and evolve faster than other Pokémon.

They are vulnerable to fire, rock, and flying.

Typically made up of every kind of bird in Pokémon, the flying type harnesses the power of the wind and travels anywhere and at quick speeds. While these may seem like great strengths, their weaknesses are greater.

They are vulnerable to ice, rock, and electric attacks, but they are effective against bug, fight, and grass-types.

These Pokemon generate great levels of electricity within their bodies. They are sometimes trained to be generators to help sustain humans in times of distress when the power fails.

The electric-type is effective against water and flying-types, however, they have little to no effect on grass, steel, and ground-type.

While the fighting-type may be strong, the steel-type is the strongest of all Pokémon. Their attacks are very effective against bug and ice-types. Against the fire, fighting, and ground attacks the steel-type are weakened.

They are also immune to being poisoned.

Since its discovery in the Kalos regions, several other already discovered types were reclassified as fairy-types. They are known for their gentle behavior and mysterious powers. The fairy-type is strong against bug, fight, and dark-type attacks and is immune to dragon moves.

They are still vulnerable to poison and steel-type moves.

Have you collected all 18 types of Pokémon? Are you close to collecting as many unique Pokémon as Ash?

Since the world of Pokémon never ages, it is fun for all ages to enjoy and collect as many as you can. You can create traditions and memories and collect them all with your kids or grandkids!