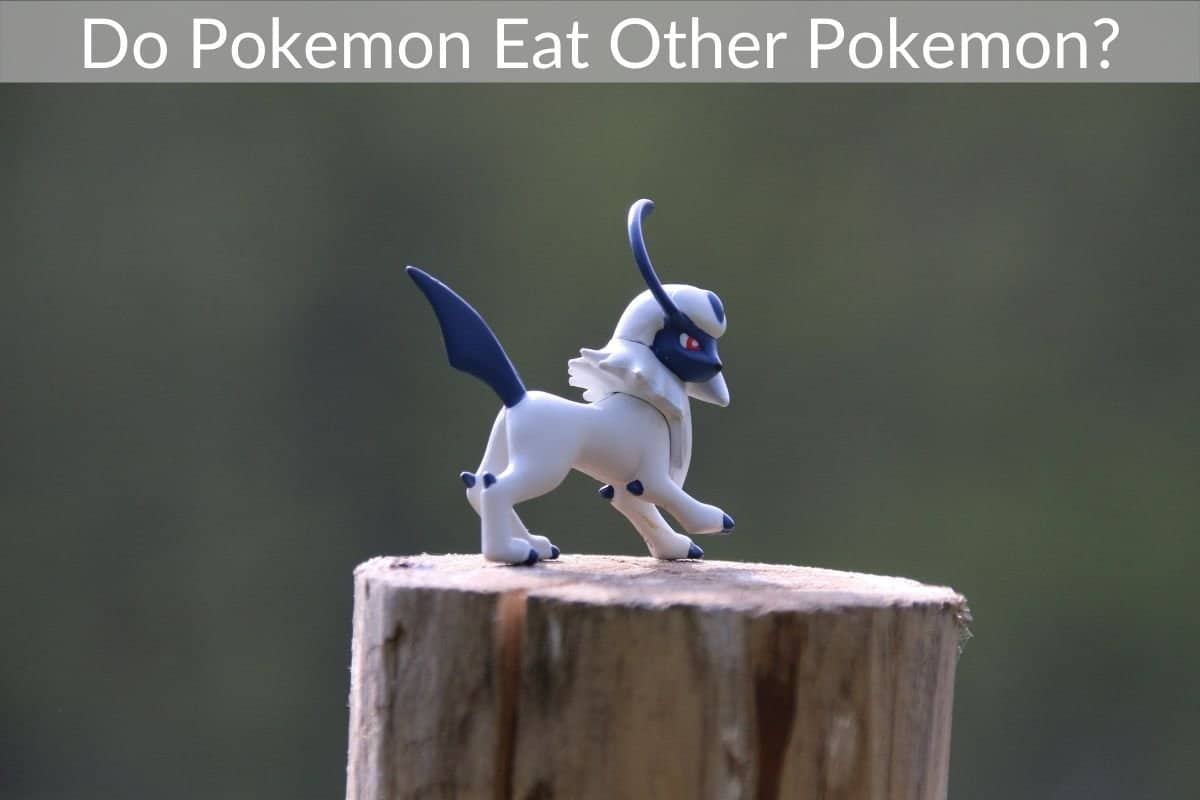 Pokemon is a world in and of itself and has found a huge fanbase that adores the franchise. There are many cute Pokemon in that world but there are some terrifying Pokemon as well.

The fans get a lot of their information about that world from two main locations which are the games and the show.

Many people have scoured the Pokedexes of the games and analyzed the phrases of the characters in the games.

The show also has a ton of information to be gathered as well since they are in the same universe. The show has different rules and variations than the game, but they generally back each other up with canon information.

The first generation that introduced the world to Pokemon had some pretty dark Pokédex entries.

The Pokédex entries were filled every time you caught a new Pokemon in the game or simply met one in the show.

In the earlier seasons of the show and first generation of the game, Pokemon were almost considered a phenomenon and had more intelligence than normal wild animals.

The show had some indistinct wild animals, but Polemon pretty much dominated the animal kingdom.

Pokemon do eat each other. One of the first recorded pieces of evidence of that is Pidgey eating Caterpie.

Since Pokemon are the only animals in that universe and some are pretty savage, they do eat each other.

Not all of the Pokemon are herbivores.

As the franchise grew and more Pokemkn were introduced, more gruesome parts of the Pokemon world were glossed over and given vague answers.

However, Pokemon lorists still do a ton of research into understanding that world and people will still argue that Pokemon will eat each other based on the earliest game/shows.

I know it’s difficult to digest (pun intended) that those cute and adorable little creatures could die by being eaten, but that is just how things work.

The game and show have even confirmed that people eat Polemon too!  They get any animal byproducts from Pokemon including meat.

I don’t know for sure that the creators really thought about the living situations or life applications of the world they created. The Pokemon are diverse in abilities, styles, personalities, and evolution so eating them just seems wrong in many ways.

The Pokemon world is fun and exciting for the average fan, but if you start thinking too much about it, you may get a little discouraged. It’s best to just enjoy the game and show for what it is, a cartoon/anime that’s fun to watch.

Pokemon are the wild animals of that universe and are generally caught and trained for battle purposes.

They have incredible powers and the legendary Pokemkn even have the power to shape the landscape as well as space and time itself.

Pokemon can hurt and even kill humans. The people of that universe are weary of wild Pokemon and understand the strength they hold.

If the Pokedexes are accurate, some of even the weakest Pokemon have devastating power when it is turned against humans who are just as fragile as actual humans.

Pokemon trainers are world renowned celebrities and peacekeepers. Humans have found that Pokemon are strong and can be extremely dangerous if they aren’t careful.

The relationships that humans have built with domestic Pokemon can make them stronger and grow faster.

The more a Polenmon builds a strong relationship with their trainer, the more powerful they become.

The bonds they create are deep and emotional. The trainers who battle use their destructive powers to overcome their opponents.

Even though the Pokemon are powerful and destructive, they generally live undisturbed in their natural habitats.

Humans have found ways to cohabitate with the Pokemon and live with symbiotic type relationships.

Because humans understand the strength of Pokemon and Pokemon seem to appreciate the relationships with humans, the world is a generally peaceful place.

People who wish to cause harm generally do so by instigating Pokemon battles and then doing what they want.

Humans will try to do their normal things while interacting with the wild Pokemon who sometimes go on rampages or get upset that their homes are being invaded.

Humans must respect the Pokemon to protect themselves and live peaceable lives.

What Is The Cutest Pokemon Of All Time?

Ok, some of the Pokemon are admittedly the most adorable things we have ever laid eyes on.

I know that I would love to have a Vulpix or Eevee as a pet or friend. They are so cute and so cuddly.

The cutest Pokemon of all time, likely because of popularity and recognition, is Pikachu. Honestly, a majority of the first generation Pokemon were created more for cute factors than for battle prowess.

In the game and show, people’s views about cute Pokemon are just as diverse as a real humans’ choice of dog or cat breeds.

Misty loved water type Pokemon, and she was not alone in her love of a particular type.

Most gym leaders and Elite Four members had one particular type of Pokemon they preferred.

That world does also have beauty competitions that are almost just as intense as Pokemon battles.

The beauty competition for Pokemon involves them using their abilities in creative and attractive ways.

Sometimes, Pokemon that don’t look the cutest can do some really cute things. But don’t let the cuteness get the best of you. Even the cutest Pokemon can still cause quite a bit of damage.

Your new puppy might eat a shoe or two, while your pet Charmander could burn your house down and your pet Pikachu could electrocute you and all your neighbors.

The cuteness of these little creatures has probably contributed to their wild success and international recognition.

My mom loves certain Pokemon because she likes the way they look, but I know for a fact that she has never played a single Pokemon game or watched a full episode.

She might have fallen asleep watching a Pokemon movie with me when I was a kid, but I don’t know that she could tell you anything at all about that world.

The cute Pokemon that most people love happen to be mainly first generation, but with eight generations of Pokemon and the literal hundreds now created with different regional looks, anyone can find a Pokemon that they think is adorable.