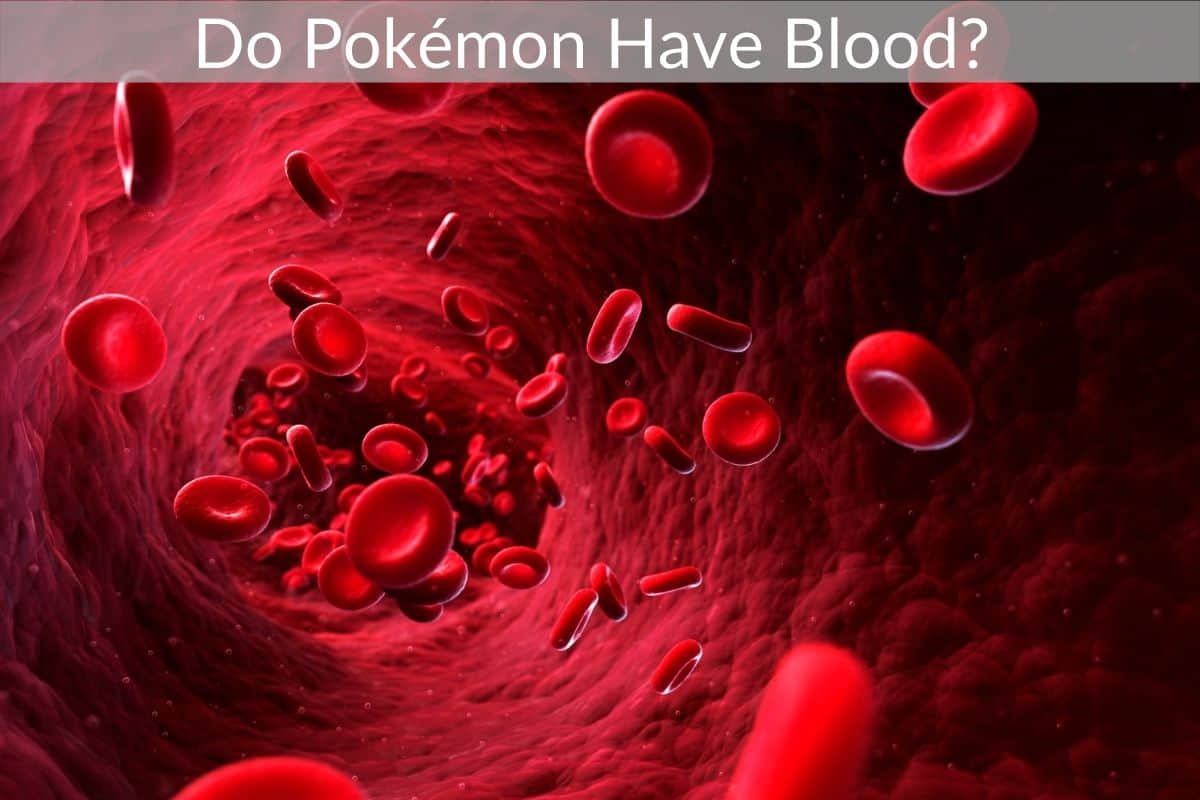 Does this mean that the Pokémon themselves don’t have any blood?

Pokemon do have blood however since the show is directed toward children, there won’t be much blood shown in any fight scenes. Detective Pokémon shocked some Pokémon fans by actually showing blood. Overall since it is animated and a kid’s show, if there is any blood it would be very minimal.

The answer to which Pokemon have actual blood depends on the type of Pokémon. For example, the ghost Pokémon do not have any blood. Since they are ghosts, there is no blood.

The rock type Pokemon might not have blood at all either. The bug type would have the type of blood just like the bugs in reality. When you squish a bug, their “blood” comes out but it does not look like blood.

Same for the bug types in Pokémon. If they were ever injured some kind of bug juices would be seen instead of blood.

Many of the other types of Pokémon would have blood. Since they are fashioned after the animals in reality, it makes sense that most Pokémon types would have blood as well.

For example, Cacturne is described as nocturnal and since it has lived in the desert for so long, its blood has actually transformed into sand. One of the reasons that Spoink doesn’t stop jumping is so it can keep the blood pumping through to its heart.

So Pokemon do have blood however it is rarely shown in any of the TV shows or movies.

Are There Vampires in Pokémon?

Since there is blood in the Pokémon world, are there also creatures similar to Dracula? The tales of Dracula and vampires have been around for centuries.

People enjoy a good vampire story, so are there any similar creatures in Pokémon? Do they have vampires in the Pokémon universe?

There are unofficial vampire-type characters in the Pokémon universe. Some of the Vampire like Pokemon are:

I will go into more detail about each of those Pokemon below. Each of those are described with vampire tendencies.

Gilgar will evolve into Gilscor only when leveled up at night while holding a razor fang. Gilscor will then scout for prey while hanging upside down from branches.

When it sees a chance, it will swoop and use its long tail to carry the prey. Gilscor will then use its long fangs to devour the prey.

This Pokémon evolves and then evolves again. Each evolution looks like a bat with long fangs. Even though they don’t partake of other Pokémon’s blood, they do feed on their prey’s life by draining their energy.

This cute, pink little Pokémon may not look deadly, but definitely is. It has a long thin mouth and typically does stick to a diet consisting of seaweed.

However, it will use its long mouth to stab its prey and suck out its internal fluids. This little creature is cute and deadly.

This ghost-type Pokémon doesn’t feed on blood but does have a red “necklace.” This necklace is used to absorb other Pokémon’s fears as nourishment. This Pokémon is believed to have been inspired by Nukekubi.

Nukekubi is based on a Japanese folklore monster that also has the red symbol around its neck and hunts down humans for food. Though it may not have any vampiric tendencies, its origins sound pretty vampiric.

Are There Zombies in Pokémon?

There may not be any real vampires in Pokémon, just a few similar characters, but are there any other monsters in the Pokémon universe?

What about zombies? Everyone loves a good zombie apocalypse movie, theory, etc. How about in Pokémon? Do zombies exist in their world?

There are no official zombies in Pokémon. There are different games and theories online about what exactly zombie Pokémon would look like as zombies but no official ones in the game or TV Show/movies.

There are even different theories of which Pokémon would be best to have in case of a zombie apocalypse but none of them are actually zombies?

What Are The Creepiest  Pokémon?

Not all Pokémon have the fortune of looking adorable. There are a few that are actually quite creepy-looking.

Even though the show is geared toward children, there are still a few intense Pokemon. Here are a few of the creepiest-looking Pokémon in that universe.

This creature is something straight out of a horror movie. Mimikyu is always covered by a terrifying handmade costume and has yet to actually be seen. This is because if you see the creature underneath the costume, you will die.

Not only is it so terrifying it has to remain covered up, but looking at it has some terrifying consequences as well.

According to Pokémon Black, Banette is just a doll that holds a grudge from being tossed away. It will always search for the child that left it.

That is a creepy thought, that all your childhood toys could come back for revenge for being left behind.

This poor creature can never stop moving. If Spoink stops bouncing, its heart will stop and it will die. That’s a creepy thought to know that if you stop moving, that’s it.

This means that Spoink basically never sleeps either.

According to the Pokémon Sun Pokedex, Sandygast is created from a mound of sand playfully built by a child and also holds grudges from the departed. In Pokémon Moon, Sandygast has a pretty creepy description as well.

If anyone puts their hand in its sandcastle mouth, Sandygast will then take control of them and add them to their sandy body. This gives a new spin to leaving your sandcastle behind at the beach. You could end up becoming a part of the sandcastle.

What Is Pokémon Chaos Black?

Pokemon Chaos Black was released by MewThree Inc in 2004. This third-party game was also released in 2005 for Gameboy.

Chaos Black features modified maps, new graphics, different storylines, and about over sixty new Pokémon. Some of the new creatures in the game were MewThree, MewThree X, and MewTrance.

The game was created to fill a void that was left by FireRed and LeafGreen.

Even though this game was created as a non-profit game for fans, there is an issue with its legality. Chaos Black was never licensed by Nintendo. However, Nintendo has never taken any legal action against the company either.

Chaos Black is no longer in production and is considered a collector’s item.

Pokémon may not bleed on screen, but they do have blood. While there are no specified monsters in the Pokémon Universe, there are quite a few creatures that can be classified as monsters.