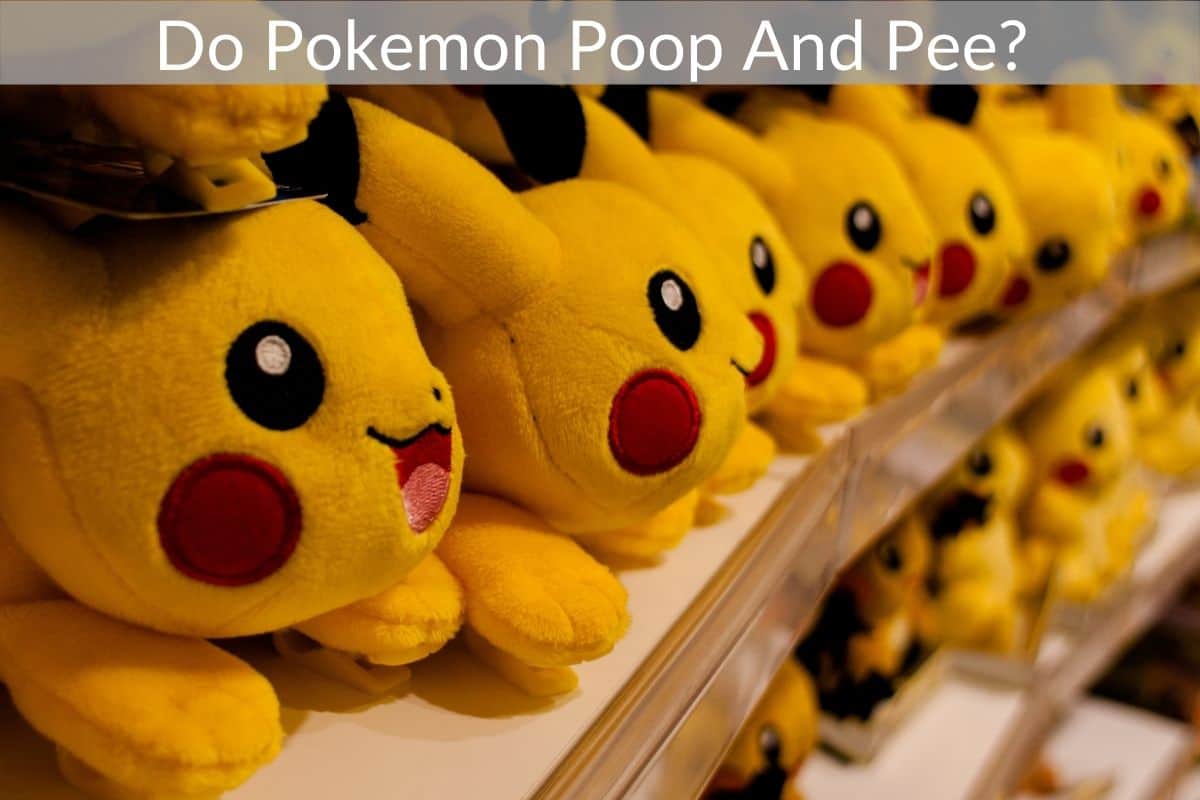 Since 1996 Pokémon have taken the world by storm. These little pocket monsters have captured the hearts and attention of the world.

The Pokémon craze began in 1996 when Satoshi Tajiri created and released Pocket Monsters: Red and Green in Japan, later that year it was released in America as Pokémon Red and Blue, it was a pair of video games to be played on the Nintendo Gameboy.

Not long after that Pokémon became a mixed media franchise with the creation of the animated series Pokémon which has been airing since 1997. Pokémon the animated series is the most successful video game adaption in history with over a thousand episodes airing in one hundred and eighty-three countries.

Pokémon is not just video games and cartoons. The Pokémon trading card game has been around since Pokémon was first created and it is still going strong. Pokémon toys, clothing items, and plush animals are also everywhere.

My son even has an Eevee which he got from Build-a-Bear a few years ago. He also has a backpack for school so he can be a Pokémon trainer. The amount of Pokémon merchandise in my house, and the world, lets everyone know just how popular it is and that it isn’t going anywhere any time soon.

With all the thought and development that has gone into the Pokémon franchise you might wonder if these adorable creatures need to relieve themselves. There is some debate about this on the internet as well.

Some people believe that a Pokémon’s waste byproduct gets used up when they use their special moves. However, if you pay attention to the games, you can find that there is indeed information that lets you know that Pokémon do indeed poop and pee.

Pokemon do have to relieve themselves by peeing or pooping as is evidenced by parts of the Pokemon games. In a Pokedex entry for Darumaka you will find that Darumaka’s droppings, which are hot, have been used by people to help keep them warm.

They would put the droppings into their clothes to help keep themselves warm.

Now obviously if there were hot droppings and people used them to keep warm then that means that at least one Pokemon must poop. It also stands to reason that if a single Pokemon poops then the rest of the Pokemon will as well.

So yes, it would certainly seem like Pokemon relieve themselves as humans or animals do.

Can Pokémon Get Old?

Most people know that Pokémon evolve. Is this evolution of Pokémon aging or is it different? Pokémon evolve from their most basic form to more powerful forms. Oftentimes the evolved Pokémon are viewed as parental figures in the animation series and in fan art.

Many people have considered the evolution of Pokémon to be similar to puberty in humans, changing from a child to an adult. However, there have been Pokémon who have refused to evolve such as Ash’s Bulbasaur who is actually Ash’s oldest Pokémon.

A Pokémon’s evolution is not the same thing as physically aging but do Pokemon age?

Pokemon do age over time. This is shown multiple times in the TV series as some Pokemon show signs of age while other Pokemon of the same type don’t.

In an episode of Pokémon: Advanced Generations, Ash goes across a colony of Treeckos while he is being led by an elderly Treecko with a hunched back and wrinkles. In the animated series there are also Pokémon graveyards in at least three regions; the Hoenn, Kanto, and Kalos regions.

There have been Pokémon trainers at the graveyards who have mentioned how their Pokémon led long lives, this implies that these Pokémon had died from old age.

In the Pokedex there are also a few references to aging, such as the entry that tells that a Wartortle’s tail gradually changes color as it ages and its shell develops algae. The Pokedex also tells how Ninetails can live to be a thousand years old due to the supernatural energy in its tail.

In an episode of the animated series Ash comes across a Litten that has been stealing food from him. Ash discovers that the Litten is stealing food to give it to an elderly Stoutland.

Eventually, the Stoutland is taken to the doctor where Nurse Joy says there is nothing that can be done for him and he passes away from old age.

So it is apparent through all of these different interactions that Pokémon can get old and live a long life if they do not die in battle.

Do All Pokemon Lay Eggs?

Soon after an egg will appear.

What if you don’t have any Pokémon from the same egg group but you want more Pokémon? Any Pokémon, no matter what their egg group, can be bred with a Ditto.

There have been references in the Pokedex about Pokémon simply appearing. One example of this is the Kadabra. In its Pokedex entry it talks about how one morning a boy with extrasensory powers transformed into Kadabra. There are also references made to the souls of humans being given new life as ghost Pokémon such as Banette and Yamask.

These Pokémon can then reproduce.

Which Pokémon Are The Cutest?

With more than nine hundred Pokémon coming from nineteen different types it can be difficult to choose which one is the cutest. Everyone has their own taste as well.

Some people might prefer an electric type while the next might think that one of the flying types is the cutest.

Eevee is one of the more popular Pokémon and was even named “one of the cutest and most varied Pokémon” by GamesRadar. Eevee is a normal type Pokémon which was first introduced in the Pokémon Red and Blue game. Eevee grew so much in popularity that it was given its own game Pokémon: Let’s Go Eevee.

Eevee has the appearance similar to that of a fennec fox. Eevee has an irregularly shaped genetic structure which is what enables it to evolve into eight different Pokémon.

These evolutions are referred to as Eeveelutions.

These Eeveelutions are Flareon, Jolteon, Vaporeon, Umbreon, Leafeon, Glaceon, Espeon, and Sylveon. Each of the Eeveelutions are a different type of Pokémon. Jolteon is an electric type. Flareon is a fire type.

In 2015 Eevee was the most traded Pokémon in the “Games of Wonder” feature. Eevee and its eeveelutions are so popular that they are often used in Pokémon merchandise as well.

Burger King even handed out cards of Eevee and the Eeveelutions in their kid’s meals. During the tenth anniversary of the Pokémon franchise Eevee even got a special DVD released with episodes starring itself.

Eevee is most certainly one of the cutest and more popular Pokémon.