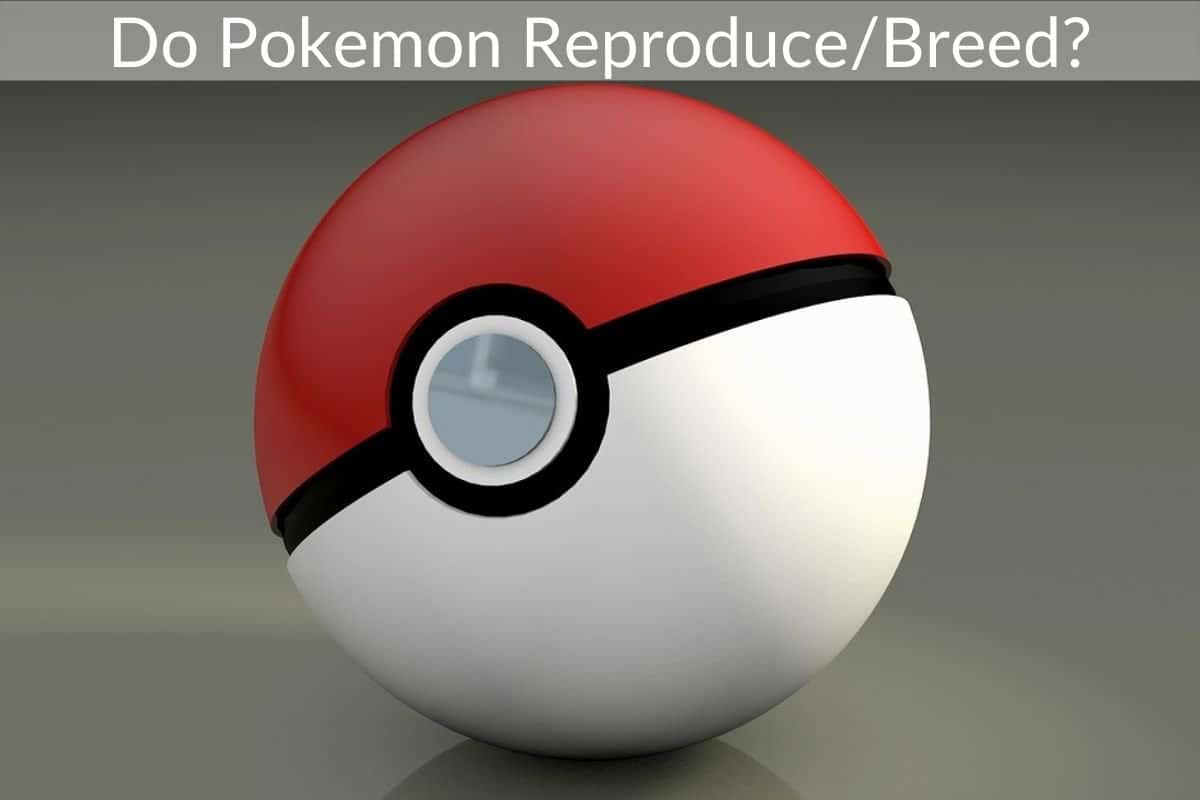 Pokemon are inhabitants of the Pokemon world where they mature and gain powers to be used in combat against other species of Pokemon. Some have water powers while others have fire powers.

In this world, Trainers capture the creatures and train them for battles and when they win they grow stronger. They not only grow in power but physically as well.

Pokemon get older and with that they can produce more offspring for Pokemon to continue the species.

As they mature, Pokemon do reproduce and breed. By this they can continue the Pokemon species.

Some Pokemon seem to just appear and others are ghosts. Certain Pokemon can live for long periods of time but others don’t live for so long. These Pokemon can breed to make a new Pokemon.

Bred Pokemon are hatched from eggs. According to Pokemon Fandom, they state, “Pokémon that are hatched from Eggs can have access to stronger attacks earlier than normal, such as learning a parent’s TM or HM move.”

Pokemon breeding is similar to the plant and animal kingdom. Two opposite genders of certain species can reproduce offspring.

In the game, no one ever sees the Pokemon breeding. After all it is centered around a ten year old protagonist and children play the game. So to keep everything clean, you can drop off two opposite gendered Pokemon in the Daycare where some character called the Old Man and his wife take care of the Pokemon.

Later when you return they claim to have found an egg from the two Pokemon. This egg is then given to the player if they have a spot available.

Can Pokemon Breed With Other Species?

By breeding, Pokemon can reproduce offspring of themselves. By leaving the two Pokemon of different genders in the Nursery you can return to find that they have made an egg.

The egg will hatch to reveal a new Pokemon. This may cause you to wonder, can two different species of Pokemon breed?

Pokemon can only breed within their own egg group. If a Pokemon is outside of their egg group then they are incompatible and cannot reproduce.

In the Pokemon game, Sword and Shield, you can leave two Pokemon of different species in the Nursery to breed. The Pokemon have to still be in the egg group in order to reproduce though and there are 15 different ones.

The offspring of the Pokemon that are different species will be the same species as its mother. After dropping the two opposite gendered Pokemon off at the Nursery, you will return to find that an egg has been found and can be added to your Pokemon collection.

One Pokemo, Ditto, can breed as a genderless Pokemon. This is a special Pokemon because it can transform itself on a biological level into any other Pokemon.

Ditto Pokemon can breed with any other Pokemon, even a legendary but its offspring will always be the species of its partner. If two regular Pokemon are of different egg groups they cannot breed.

Can Humans Breed With Pokemon?

Humans in the Pokemon world were known to once live together and sometimes even get married to Pokemon. But these legends never mentioned breeding. So can humans breed with Pokemon?

Humans cannot breed with Pokemon. They are of a different egg group.

Humans are a different life form than Pokemon so they cannot breed. It just isn’t possible.

Even though they lived together in Pokemon myths and legends they never reproduce and make Human and Pokemon offspring.  As I mentioned before, two Pokemon of the same egg group can breed and humans don’t fit into any of the Pokemon egg groups.

They have their own egg group called the Human-Like Egg Group.

Everything in the Pokemon world is fictional so some people still choose to think humans could breed with the Pokemon. In fact, the humans aren’t even born like real humans causing some to rethink the potential of a human and Pokemon offspring.

Yet, even in the made-up world of Pokemon with its made-up reproductive system, it is impossible for this to happen. They are not compatible (even in the Pokemon world to breed.

Look at Pokemon as being similar to animals. When they grow older then they develop into where they can breed. So two baby animals can’t reproduce offspring. Therefore, baby Pokemon aren’t mature enough to reproduce.

Baby Pokemon cannot breed and reproduce other Pokemon because they aren’t mature yet.

Pokemon that are babies do not have the ability to breed because they are still young. Once the Pokemon matures and grows they will then gain those abilities. So if you have a baby Pokemon you have to wait until it grows up to breed it.

When you breed Pokemon abilities and natures can be passed along to the offspring from the parents.

In order to breed, Pokemon must be adults and one a male and the other a female. They also must like each other. Then you can leave them to breed and eventually they will produce an egg that you keep until it hatches.

If a player wants an egg with little effort they go to Ditto since it can breed with any other Pokemon. Throughout all breeding you will only be able to reproduce with Pokemon from the same egg group.

In conclusion, Pokemon do reproduce and breed. Like all other life forms they need to breed in order to keep their species going. You can produce a new Pokemon egg with two opposite gendered Pokemon of the same egg group, wait for it to hatch and then you have a new Pokemon the same species as its mother.

When two Pokemon reproduce, they pass down certain abilities and nature to the baby. Because of this players can breed Pokemon from one with unusual attributes.

Bred Pokmeon can have elevated Attack, Defense, Speed, etc. While some Pokemon spontaneously evolve, others must procreate to produce offspring.