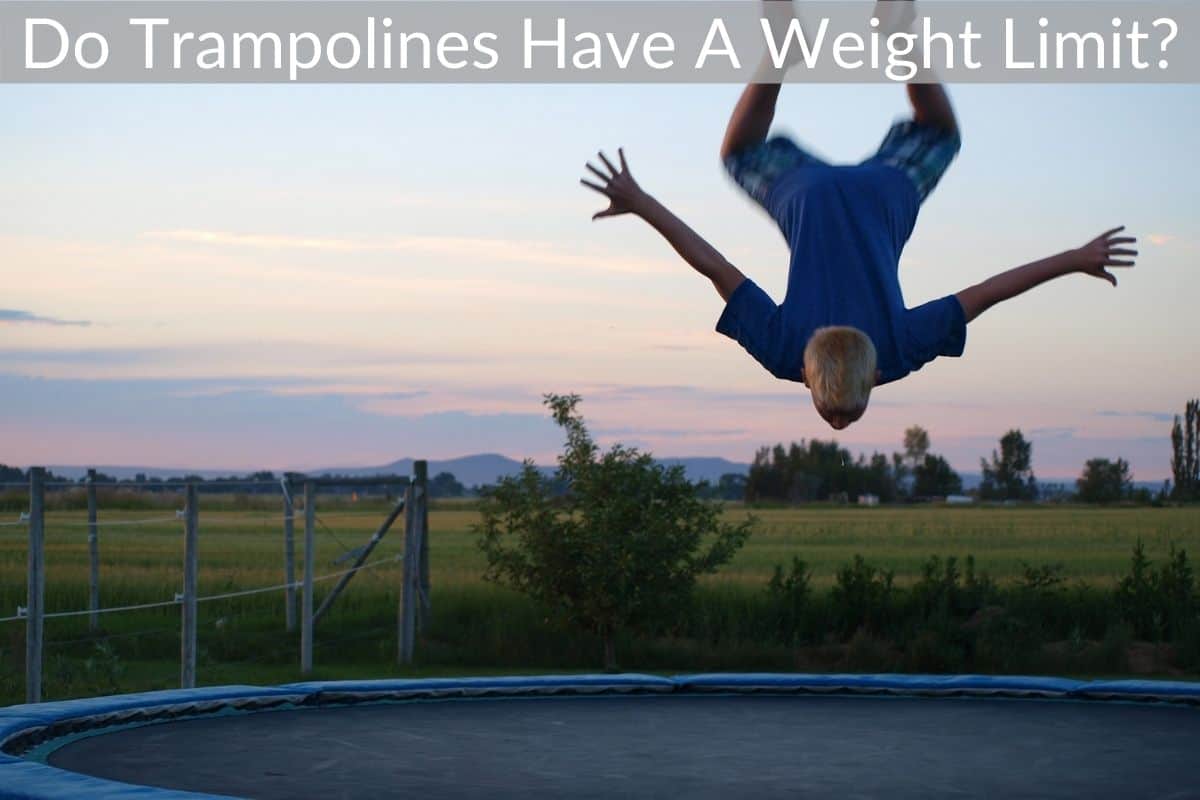 A trampoline is a device consisting of a piece of taut, strong fabric stretched between a steel frame using many coiled springs. Not all trampolines have springs, as some trampolines use glass reinforced plastic rods.

People bounce on trampolines for recreational and competitive purposes but most of the time they are used in someone’s backyard for kids, teens or adults to have fun on.

The fabric that users bounce on (commonly known as the “bounce mat” or “trampoline bed”) is not elastic itself; the elasticity is provided by the springs that connect it to the frame, which store potential energy.

The frame of a competitive trampoline is made of steel and can be made to fold up for transportation to competition venues.

The actual number of springs may vary by manufacturer as does the size and shape.

Recreational trampolines for home use are less sturdily constructed than competitive ones and their springs are also weaker. They may be of various shapes, though most are circular, octagonal or rectangular. The fabric is also usually a waterproof canvas or woven polypropylene material.

As with competitive trampolines, recreational trampolines are usually made using coiled steel springs to provide the rebounding force, but spring-free trampolines also exist.

If you are looking into getting a trampoline (or getting on one) you will want to know how much weight that it can handle.

Most rectangular trampoline’s maximum weight limit varies from 300 to 500 pounds. Round shape trampolines can handle between 200 to 350 pounds.

The most important elements of trampolines to consider when looking into trampoline weight limits are springs or bungee cords, frames, and jumping mats.

Springs or bungee cords are responsible for the bouncing motion.

If the springs are rust resistant, small, and thick enough they tend to have higher bouncing hence a larger weight rating. With the increase of the number of springs, the trampoline’s bouncing and weight capacity also increase. The same principle also applies to bungee cords.

The frame forms the main foundation of the trampoline. The rust proof thick gauge steel frame will help provide better stability. This makes the trampoline bulkier and it can bear a heavier weight.

Adult trampoline frames are more stable than the models made for children.

Durable and large weight carrying jump mats have multiple stitching in the edges and the necessary portions to hold the weight suggested for the specific trampoline.

To see the most popular trampoline accessories just click here.

Are There Safety Concerns With Trampolines?

Using a trampoline can be dangerous especially if you bounce extremely high or don’t have a net around it. Organized clubs and gyms usually have large safety end-decks with foam pads at each end, and spotters are placed alongside the trampoline to try to break the fall of any athlete who loses control and falls.

Due to the much larger numbers involved and lesser safety standards, the majority of injuries occur on privately owned home trampolines or in commercial trampoline facilities rather than organized gyms.

It is recommended that only one person at a time jump on a trampoline.

Danger can also be reduced by burying the trampoline so the bed is closer to the surrounding surface to lessen falling distance, and padding that surrounding area. Pads over the spring and frame reduce the severity of impact injuries.

Keeping the springs covered also reduces the risk of a limb falling between the gaps in the springs and the rest of the body falling off the trampoline.

As with any piece of sports equipment, it is always a good idea to read the instructions provided with the trampoline and then follow the guidelines for weight and use.

Where Did Trampolines Originate?

A game similar to trampolining was developed by the Inuit people in Alaska, who would toss blanket dancers into the air on a walrus skin one at a time during a spring celebration of whale harvest. There is also some evidence of people in Europe having been tossed into the air by a number of people holding a blanket.

The trampoline-like life nets once used by firefighters to catch people jumping out of burning buildings were invented in 1887.

The 19th-century poster for the Pablo Fanque Circus Royal refers to a performance on a trampoline. The device is thought to have been more like a springboard than the fabric and coiled springs trampoline that we presently use.

These may not be the origin of the modern sport of trampolining, but indicate that the concept of bouncing off a fabric surface has been around for some time. In the early years of the 20th century, some acrobats used a “bouncing bed” on the stage to amuse audiences.

The bouncing bed was a form of small trampoline covered by bedclothes, on which acrobats performed mostly comedy routines.

According to circus folklore, the trampoline was supposedly first developed by an artiste named du Trampolin, who saw the possibility of using the trapeze safety net as a form of propulsion and landing device and experimented with different systems of suspension, eventually reducing the net to a practical size for separate performance.

Trampoline-like devices were mostly used for shows and in the circus.

The first modern trampoline was built by George Nissen and Larry Griswold in 1936. Nissen was a gymnastics and diving competitor and Griswold was a tumbler on the gymnastics team, both at the

University of Iowa in the United States.

They had observed trapeze artists using a tight net to add entertainment value to their performance and experimented by stretching a piece of canvas, in which they had inserted grommets along each side, to an angle iron frame by means of coiled springs. It was initially used to train tumblers but soon became popular in its own right.

Nissen explained that the name came from the Spanish word trampolín, meaning a diving board. Nissen had heard the word on a demonstration tour in Mexico in the late 1930s and decided to use an anglicized form as the trademark for the apparatus.

The trampoline has also been used in flight and astronaut training. During World War II, the United States Navy Flight School developed the use of the trampoline in its training of pilots and navigators,

giving them concentrated practice in spatial orientation that had not been possible before.

After the war, the development of the space flight program again brought the trampoline into use to help train both American and Soviet astronauts, giving them experience of variable body positions in flight.