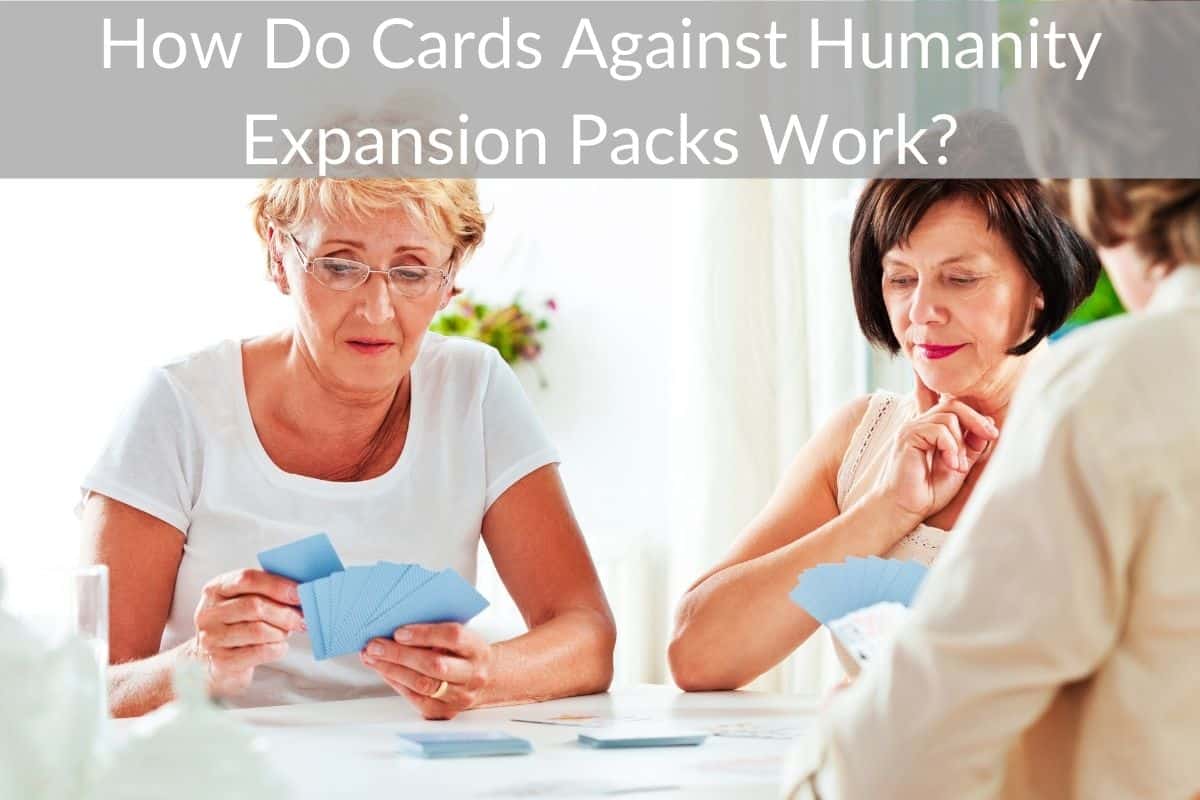 People have been playing card games for a very long time. Up until the 2010s, there was still a limited number of card games you could play using a deck of cards.

Most of these card games involved a traditional deck of 52 cards like the ones used in casinos while gambling. However, the modern age has seen a change in the card games that we play now.

One such card game is “Cards Against Humanity.” It’s an outrageously hilarious game that people can play with their friends over some drinks. So, there’s no social pressure on anyone to perform.

Cards Against Humanity involves the same raucousness as the thrill of gambling, and it’s not boring for its players.However, after playing the game for a while, you may get sick of all the combinations you can come up with.

To solve this problem, the makers of CAH have introduced expansion packs that allow you to have a new game altogether without spending a bunch of money on a completely new game.

To see the most popular Cards Against Humanity Expansion Packs just click here. 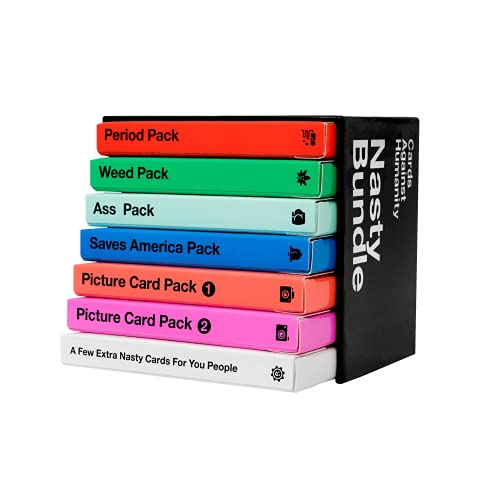 How Do CAH Expansion Packs Work?

The Cards Against Humanity Expansion packs are simple to use. With the original game there are 550 cards to keep you occupied for a while.

If you wish to make the most of the cards or get tired of the same combinations, you can buy an expansion pack that will let you have an extra 100 cards. You can then play a completely different game only using the expansion pack of 100 cards.

You can also add this expansion pack to your normal cards; suddenly, you have more variation in your regular Cards Against Humanity cards.

The way this works is simple.

If you initially start with 550 cards and add 112 more cards from the expansion cards, you can have 652 cards at a lower cost than buying a whole new Cards Against Humanity 2.0.

That would cost you a lot more and create more hassle. With an expansion pack, you add some variety to the base game so that its thrill lasts for a longer period of time. 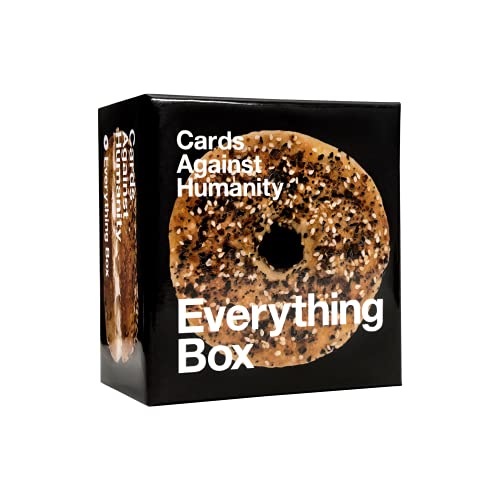 Why Do People Buy Expansion Packs For Cards Against Humanity?

If you’re playing a game like Cards Against Humanity, you are likely looking for something specific from your card games. You either have the kind of friend group that likes challenging each other in being funny or the kind that appreciates each other’s ability to laugh.

Cards Against Humanity achieves this goal. However, it is a finite game. After a while, the gags aren’t as surprising or funny.

However, you’ll still want to enjoy something like Cards Against Humanity; therefore, buying an expansion pack is the best answer.

The frequency and type of expansion packs you buy depends on you. Some people prefer buying many expansion packs one after the other so they can enjoy surprises in bulk.

Others like buying expansion packs at a steady rate so they can use the gags from one expansion pack completely before moving on to the next.

The designers of Cards Against Humanity know that this is a game people use when they’re around family or friends and so there are many different themed expansion packs that help you narrow the kind of laughs you’re going to get depending on the expansion that you buy.

The relevance in thematic expansion packs makes them funnier and so people are moved to buy more. 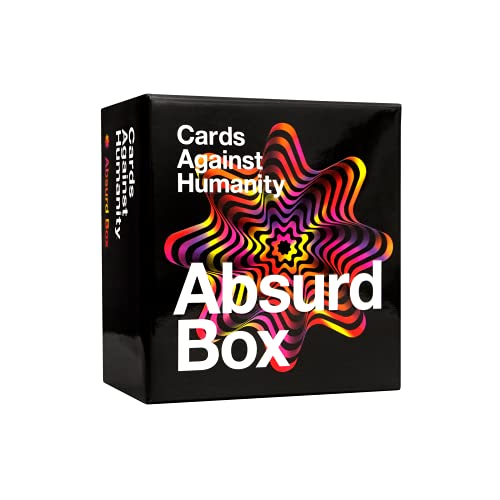 What Are The Best Cards Against Humanity Expansion Packs?

If you’re having trouble picking between the Cards Against Humanity expansion packs, I will give some of my favorites for you. I understand that picking only one expansion pack is difficult, especially when you’re not looking for a specific theme and none of the holidays are nearby.

So, I made a list of my favorite expansion packs for you to choose from.

Unlike some of the other expansion packs, the green box comes with a whopping three hundred cards. This number is half of what is present in the original box, which means you’re in for a lot of variety. It has 245 white and 55 black cards, which means there are 55 additional questions you can formulate answers to.

Now, this pack is large enough for you to play the game using only this pack, and when you’re bored you can mix the original and the expansion pack for more laughs.

You don’t need any other expansion packs for this pack to work.

The Red box also has three hundred cards; this is a little different because the black cards are 70 and the white 230. However, this box has the same cards as the first, second, and third expansion cards; so, if you have any of those three, don’t buy this.

This box also has three hundred cards; it has 220 white cards and 80 black cards to bring variation to the game. Additionally, it has the same cards as the fourth, fifth, and sixth expansion packs. If you have any of those cards, don’t buy this.

You’ll likely just be wasting your money on cards you already have. 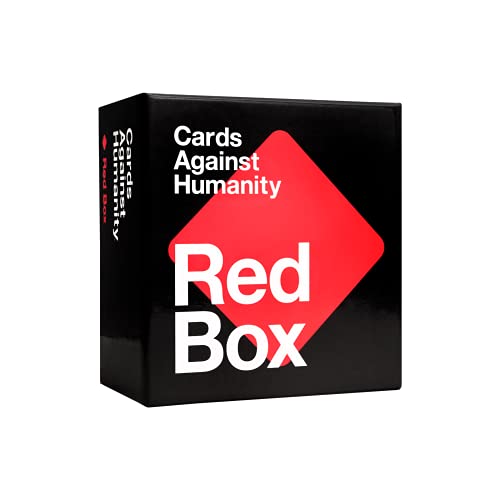 Cards Against Humanity is a wonderful card game to play with your friends when you’re all together. However, it can get boring after a while.

To keep things interesting, invest in expansion packs. The best thing about expansion packs is that you can play them as their own game. However, if you have a large group of friends or play with many people, you won’t enjoy expansion packs 1-6 as they amount to only a hundred cards.

Instead, you should get bigger expansion packs, like the green box, which you can play on its own. When the fun starts to go down, you can then add these cards to the original game and have an entirely new set of laughs.