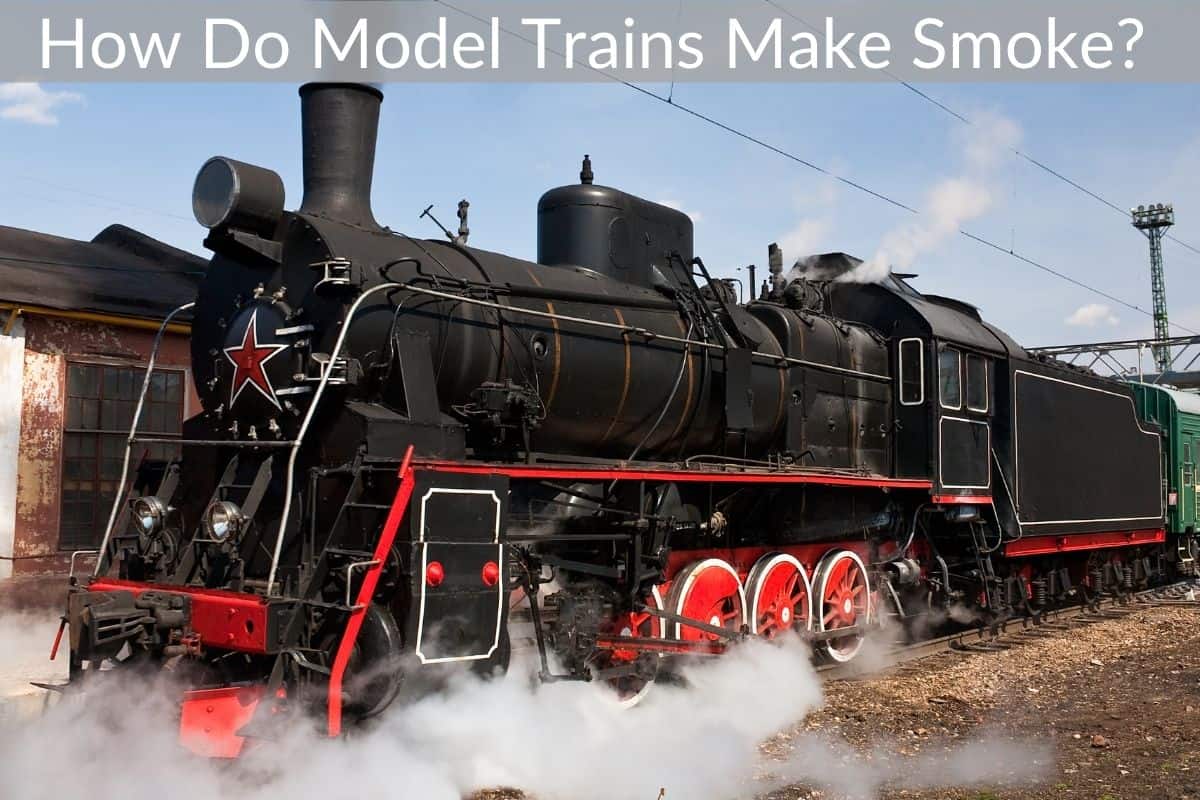 Model trains have long held the fascination of the young and old alike. All of my children have loved trains as they enjoy watching them fly down the tracks and the rumbling of the ground when one is coming.

They have all longed to ride on one and perhaps someday they will get a chance to ride on one that is bigger than what they have at the zoo. They always  sat glued to the television when Thomas the Train or Chuggington came on.

They even have spent many hours reading The Boxcar Children.

Birthdays were filled with Thomas the Train and Chuggington. One child even got a three-foot-tall Lionel train crossing bank that lit up and dinged every time money was put into it.

They insisted that we purchase a train to go around our Christmas tree!

Now when talking about model trains there are some that are designed to produce smoke. Not every model train will produce smoke but how do you get smoke from the ones that will?

Do not use smoke fluid in trains that are made for pellets without converting the smoke generator over as it can cause a fire.

When those vapors come in contact with cooler air, they will condense to form fog. It is the same concept of a fog machine but smaller.

To see some of the model trains that produce smoke just click here.

What Is Model Train Smoke Fluid Made Of?

Now that we know how model trains make smoke the next question you are likely to have is what the smoke fluid is actually made of. Afterall you will likely be using it indoors and don’t want to use something that could be harmful.

Some smoke fluids are even scented so if you want to freshen the room that you plan to have your train running through you can pick up some scented smoke fluid and have a little fun with perfuming the room.

There are scents ranging from chocolate to popcorn to peppermint. Wouldn’t that be a lovely addition if you wanted your model train to go around your Christmas tree or your Christmas village?

While your train is chugging down the tracks it can fill your home with the scent of peppermint!

Smoke fluid in its most basic form is really just mineral oil. In the United States mineral oil also goes by the name of paraffin oil.

How Can You Make Your Own Smoke Fluid For Model Trains?

There are a few different ways to create your own smoke fluid for your model train sets.

For the first kind of smoke fluid, you will need a measuring cup, an eye dropper vial, funnel, distilled water, glycerin, and something to stir it with. You could use a measuring cup of any size.

Since glycerin is heavier than water it will sit at the bottom of the cup so you will need to stir it to combine it.

Once you have combined the two liquids use your funnel to pour the mixture into the eye dropper vial. You now have your own smoke fluid.

You will only need a few drops on the heating element of your train to make it smoke. Your smoke fluid will produce different amounts of smoke depending on the ratio of glycerin to water.

You can adjust this so that the amount of smoke is to your liking. If you choose to make your own smoke fluid using glycerin you will have to clean your smoke stack often.

The glycerin will cause a buildup of residue in your smoke stack. To clean it you will simply need to use a pipe cleaner after each use.

Baby oil can also be used instead of smoke fluid.

A few drops are all that you will need.

Baby oil is cheap and can be found in many households already. Since you only need a few drops of oil a bottle of baby oil will last you a long time.

Many of these model trains cost several hundred dollars and most of the manufacturers will not cover a warranty on their product if you use a homemade smoke fluid.

In fact, Lionel’s warranty is void if you use any smoke fluid other than the Lionel brand.

I personally would use the store-bought smoke fluid in order to keep my warranty valid. Even after the warranty expires, I would probably continue to use it as opposed to using homemade smoke fluid.

With such an expensive train set, why would I want to use something cheaper to create smoke that might end up damaging it?

There are many people who use their own or use baby oil with no ill effects to their model trains but I wouldn’t want to risk it.

Many model train enthusiasts recommend only using the smoke generator when necessary, such as when children are watching the train or if you’re showing off your trains to someone.

The best way to create smoke from your model train is to use the store-bought smoke fluid.