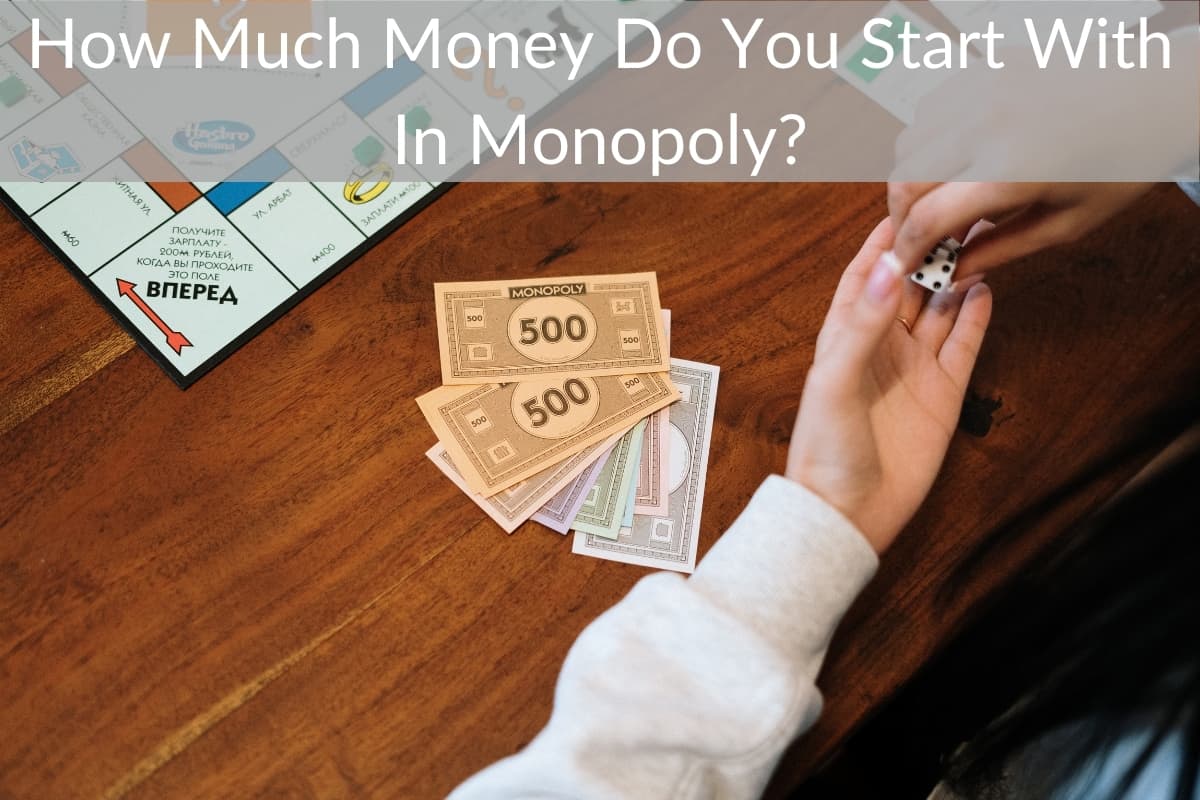 If you ever wanted to be a real estate giant, then Monopoly is probably one of your favorite board games. Monopoly pits players against each other to buy properties and amass wealth.

In order to maximize profits, the game emphasizes creating monopolies where you can. Whether it be a section of property, the railroads or the utilities. The more you own, the more you get to charge other players when they land on your spot.

In order to obtain one of the properties on the board, you first have to land on it and purchase it (or win it via auction). At the start of the game, you will have given an amount of money that would allow you to start your real estate empire.

All other funds are stored in the bank and given out at later times in the game as the players pass go or draw cards that give them money.

Now that you have your initial starter fund, you can begin moving around the board.

In Monopoly, the properties become more expensive the further around the board you go. This also means the rent you collect increases, so your potential profit gets significantly higher.

In Monopoly, there is a great balance of risk and reward.

If you play the game too cautiously, you might not get enough properties to maintain an income level to keep you in the game for long. If you spend all your money on properties and happen to land somewhere you can’t afford the rent on, you could go bankrupt.

Keep in mind, every property has the ability to make you money, but some do have a significantly larger profit margin at the end.

To see all of the different Monopoly editions and spin-offs currently available you can click here.

What Happens If You Land On Free Parking in Monopoly?

The game of Monopoly has ten types of spots on the board. You can land on any spot at any time based solely on your dice rolls.

The first three types of spots are properties, utilities, and railroads and these spots can be owned by players.

Once the spot (property) is owned, any other player that lands on that spot must pay rent to the property owner.

The next type of spot are the Chance and Community Chest card spots.

These spots allow a player to draw a card from the corresponding deck. Some of these cards give players money, others will make them pay money. You can also be sent to specific properties, back to the starting spot, or to jail.

Next are the penalty spots.

Luxury Tax and Income Tax are spots on the board that if players land on they will need to pay the bank an amount of money. The Luxury tax is a flat fee, but the Income Tax is a percentage of your net worth.

The next spots are Jail (or Just Visiting) and Go to Jail. Once a player goes to jail they have to roll doubles or pay a fee to get out. They have three turns to try and roll doubles before they are forced to pay the fine.

The last spot on the board is Free Parking.

Free Parking is in the opposite corner of the starting spot and allows a player a short break where they don’t have to worry about spending money.

If you land on Free Parking, you do not have to pay anyone and you do not collect anything from the bank.

There are some people that take taxes and fees that are supposed to go to the bank and place it in the middle of the board and when someone lands on Free Parking, they would collect whatever amount is there.

This is not an official rule, however, and should be agreed upon prior to starting the game on whether that is how you want to play or not.

One of the ways players earn money in the game of Monopoly is through a salary. Each full trip around the board will bring you back past Go, and you are given your salary.

There are Community Chest cards and Chance cards that can speed up the trip to Go and allow you to collect your salary quicker.

When you land on or pass Go on your turn you earn your $200 salary. Some players have adopted a house rule that doubles the amount if you land on Go; however, that is not an official rule.

Being such, it must be agreed upon at the beginning of play if you are going to play that way since the offices rules don’t double the amount you get by landing in Go.

When you decide how to treat the Go spot on the board, just remember to be consistent. It isn’t really fair if you change up the rules mid game because you feel like you are behind in the game.

Can You Collect Rent While In Jail In Monopoly?

One of the penalties that is found on a Monopoly board is going to Jail. Landing on the jail space on a normal turn doesn’t affect you, as you would just be visiting; however, being sent to jail does do a few things.

First, you turn ends when you go to jail.

Second, you can only get out of jail by rolling doubles, using a “Get Out of Jail Free” card, or paying a fee of $50.

If you roll doubles, you can move your pawn the number of spaces rolled, but you do not get to roll again. If you pay the fine or use the “Get Out of Jail Free” card, you roll the dice and move as normal.

Depending on what stage of the game you are in, being in jail can be a good thing. If most of the properties are purchased, and you have a good source of income, being in jail only keeps you from landing on other player’s properties.

While in jail in Monopoly, you can still collect rent, buy and sell houses and hotels, and even buy and sell properties that go up for auction.

In the early stages of the game, not collecting properties can really hinder you and put you at a steep disadvantage to your opponents. But in the late game, not paying someone for landing on their spot is a benefit to consider.

Monopoly is a great game and it has some fun real estate ties and can provide many hours of enjoyment for you and your friends.

So, go buy, sell, and trade your way to winning this classic game.