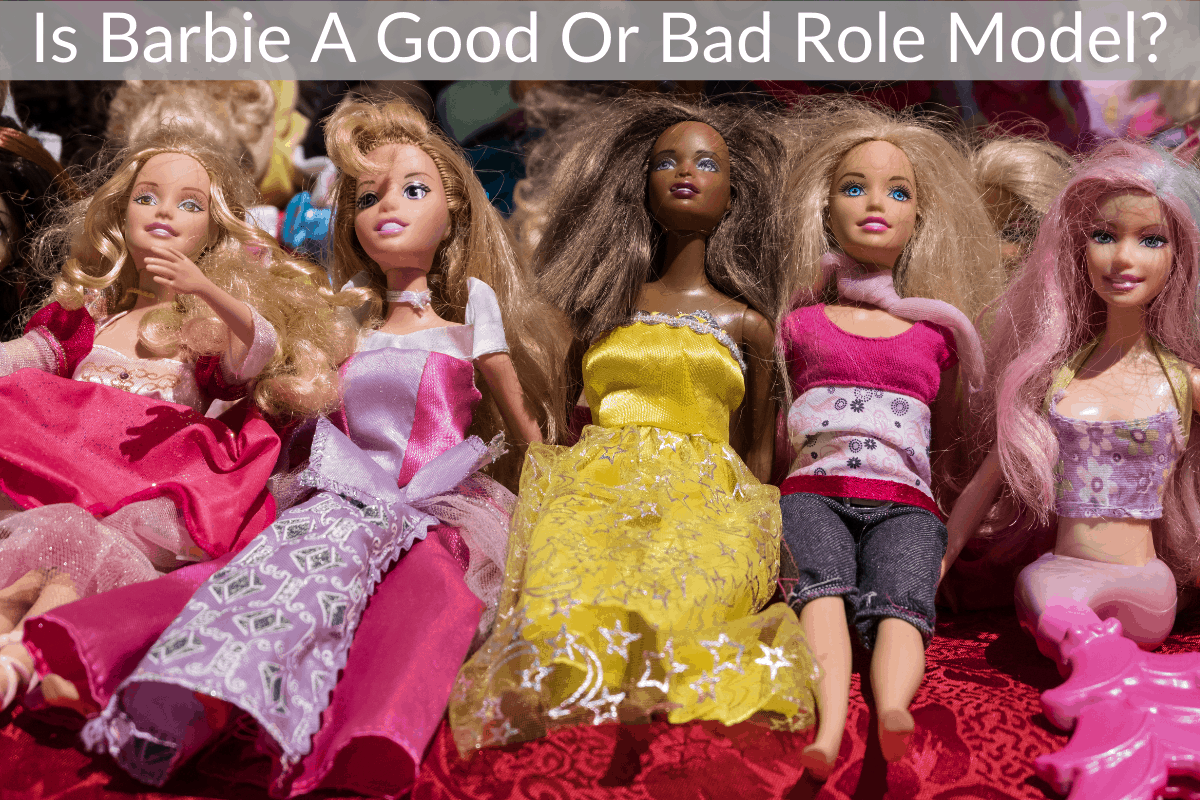 Barbie is one of the most popular toys manufactured by Mattel and growing up, most of the girls played with this beautiful little doll.

However, despite all the popularity, these dolls have faced extreme criticism from people all around the world.

There is an age-old debate on whether Barbie is a good or bad role model for kids. While some people believe these dolls are perfect role models, others consider her as a bad influence.

Although some people feel like Barbies are bad role models because of the impossible standards they set for appearance in general Barbies are a good toy for young kids to play with.

Of course all parents have to decide for themselves whether they want to let their kids play with these dolls or not.

If you are facing the same problem and don’t know whether this doll is a good or bad role model for your kids, just keep reading as I will go into a lot of details about both sides of the debate.

I will consider the good as well as the bad side of playing with Barbie dolls to help you to determine whether they are a good or bad role model.

To see the most popular Barbies currently on the market just click here. 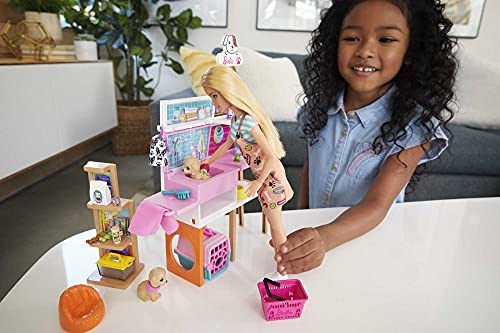 Is Barbie A Good Or Bad Role Model?

Unfortunately there really is no definite answer to this question as Barbie can be both a good as well as a bad role model.

It mostly depends on the personal views and opinions of people.

However, over time, Mattel has made many changes in the Barbie product line to do their best to remove the negative side of the dolls that people have complained about. Because of all the new changes, many people have changed their perspectives towards this toy doll.

So, we are going to highlight some negative as well as positive points about the Barbie dolls. It will help you to decide whether it is a good or bad role model for your kids. 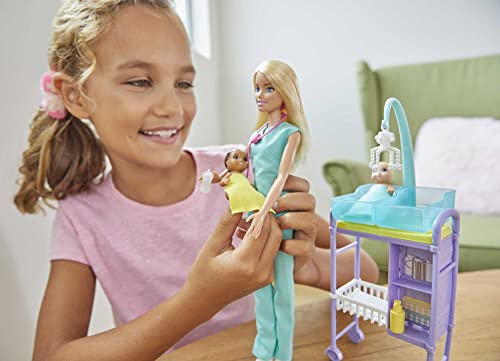 Why Is Barbie A Bad Role Model?

Here are some points which highlight why some people consider Barbie to be a bad role model in society.

This is one of the biggest problems that people have with Barbie dolls. They feel that it develops stereotypical thinking amongst kids.

Many boys associate Barbie dolls as a toy developed for girls. It naturally tunes their thoughts and behaviour towards girls. For example, if a boy is playing with Barbie, they will often be made fun of. However, nowadays, boys, as well as girls both, enjoy playing with Barbie.

Barbie was often viewed as the epitome of beauty with her slim figure, white skin tone and silky blonde hair. However. The appearance of the doll creates unrealistic beauty standards, which is not good for kids as obviously no one truly looks like a Barbie.

Let’s not forget that Barbie is indirectly inspired by an adult cartoon character. As it is a toy developed for kids, the idea doesn’t sit well with many parents.

Many girls grow up playing with Barbie, which naturally leads them to compare themselves with the doll. However, the unrealistic appearance of the doll is enough to make the girls feel conscious of their looks, body and beauty.

Because of this reason, many girls develop poor self-esteem.

Barbie is the definition of luxury and perfection. She has good looks, money, and a handsome boyfriend.

Most of the things which Barbie possesses are unattainable for many people so it can lead to an inferiority complex. 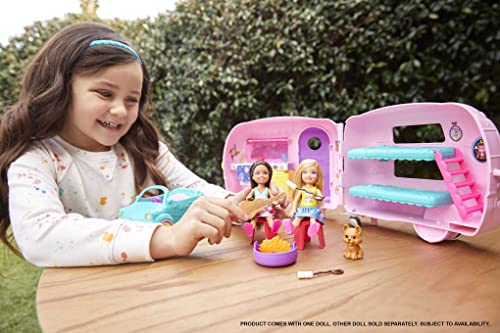 Why Is Barbie A Good Role Model?

Here are some points which highlight why Barbie is seen as a good role model in society.

Gone are the days of traditional old blonde Barbie dolls. Mattel has made some serious changes in the toy doll product line recently so now, you will find hybrid dolls with different skin tones and body shapes.

The beauty standards are more realistic.

Nowadays, you will also get different types of dolls with diverse ethnicities. There is a Hispanic doll as well as African American doll. Apart from that, there are other diverse Barbie dolls in the market.

Mattel has also introduced Wellness Barbie which helps to promote self-care. They have partnered with Headspace which is a meditation app.

It is designed to inspire little kids to mediate and increase awareness.

Even though Barbie is a doll, she is an ultimate feminist. This doll shows that you can be sexy as well as career-driven at the same time.

She has a good career, owns a car and house and teaches people how to be independent and happy. It creates a sense of independence and freedom amongst girls.

There are different types of Barbie dolls with nearly 200 different career options like doctor, police, athlete, news anchor, astronaut, etc. It encourages girls to be ambitious and choose any type of career despite their gender.

Unlike other dolls, Barbie is not a child but an independent, strong woman. Instead of taking care of the doll, girls use it as a friend and a companion.

Most of them talk to their dolls and share all things with them. Barbie has been the best friend of many little girls.

Even though Barbie has a boyfriend, she doesn’t depend on him. Ken will always come second to Barbie, and she always prioritizes her well-being. It teaches girls that they need to love themselves and the opinions of others don’t matter.

Barbie gives confidence to many girls to raise their voices and be heard.

In 2018, Mattel came up with role model Barbies. They launched a collection of dolls with famous women as personalities. It was to make the doll a positive role model for girls and change the opinion of other people.

Looking at the good and bad sides, it is clear to me that the positives outweigh the negatives especially considering the changes that Mattel has made in recent years.

Even though Barbie could have been a bad role model in the beginning, things have changed now. With Mattel’s constant efforts and innovations, Barbie has now become one of the biggest and positive role models for kids. 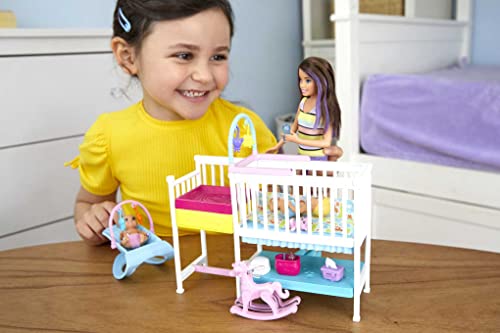 Barbie is a toy fashion doll specially designed for kids. This toy doll was created by Ruth Handler, co-founder of Mattel Inc. and it is the most profitable line of the company.

Currently there are billions of Barbie dolls around the world.

However, the history behind the development of Barbie is quite disturbing for some parents. It was inspired by a doll called “Bildi Lilli” which was a German fashion doll based on an adult comic character.

Despite this fact, Barbie has become extremely popular amongst kids.

Most of the kids between the ages of 6 to 10 years old own a Barbie doll and there are some kids who own several dolls along with other accessories.

This doll has even grown into a media franchise as there are now movies, TV- series, and music as well as video games about Barbie.

Apart from that, you will find various Barbie merchandise on the market.

It is safe to say that Barbie dolls have a huge impact on society, be it good or bad.