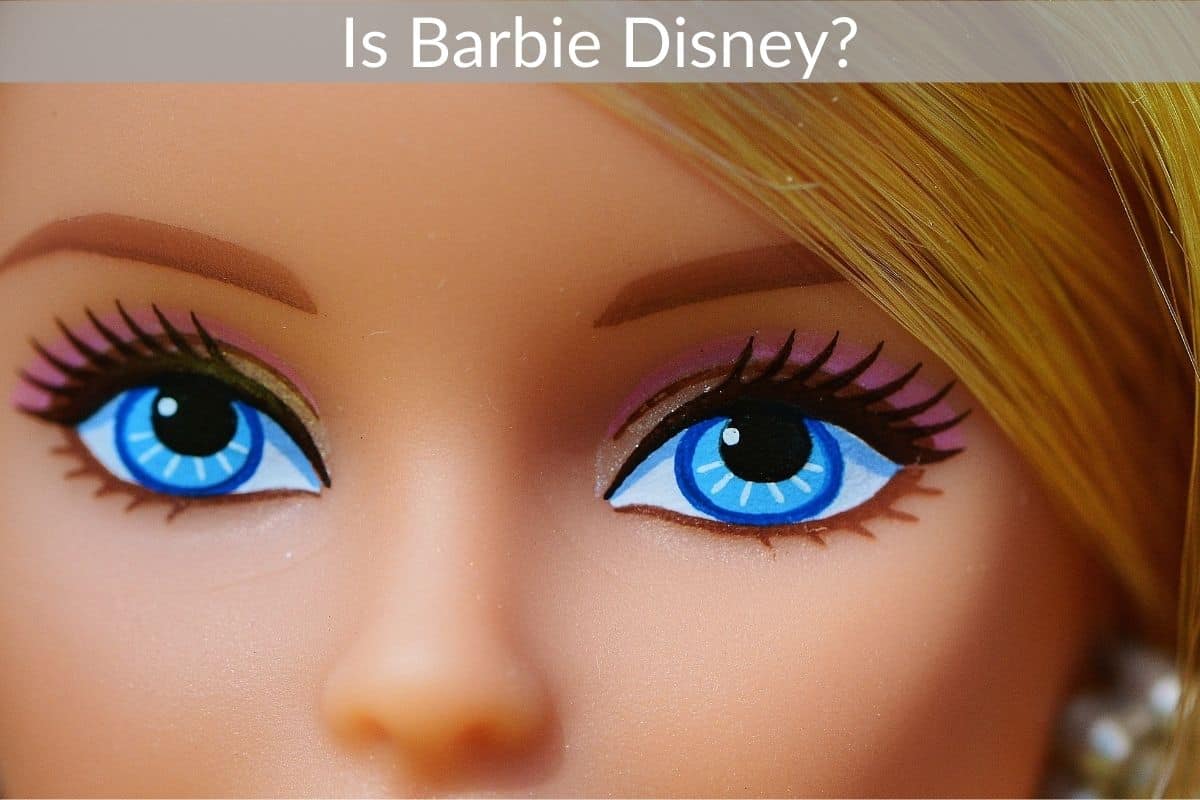 Barbie dolls, Mickey Mouse, Bugs Bunny, Spiderman, Olaf, Tom and Jerry, and Donald Duck are some of the most famous characters among children.

While Olaf is new, the others have maintained their popularity throughout the years and appeal to a younger generation every few years.

However, despite popular opinion, all these different characters are not owned by the same company. Since a Barbie doll has starred as different princesses in her films, young watchers can confuse her as a part of the Disney princesses’ clan.

Barbie is not a part of Disney, nor is she a princess in the Barbie Universe. Despite being seen in a few Disney movies Barbie is not owned or manufactured by Disney.

The Barbie doll was developed by Mattel Inc., which is still the only manufacturer and owner of the Barbie toy line. Mattel Inc. is primarily a toy manufacturing company that partnered with Mainframe Studios to make Barbie films.

To see the most popular Barbie dolls just click here.

Difference Between The Disney World And The Barbie Universe

Though both are fictional, the Barbie Universe and the Disney World are two separate places and have several differences.

The Barbie Universe has all the countries just as the real world, including oceans, beaches, mountains, trees, and natural parks. It even has all the theme parks, famous landmarks, and historical sites.

The Barbie Universe is basically a plastic copy of the real world where nothing goes wrong, and everything stays the same.

Disney World, contrarily, is a theme park based in the real world. Disney prides itself on creating new relatable characters and giving life to old folk tales. It has also managed to create several different storylines where characters experience their own lives and tell their stories.

Disney World is designed to allow people to experience a magical land similar to what their films and TV shows portray. It lets people escape real life and provides an immersive experience with different films and characters to make people feel connected to the many magical stories of Disney.

However, despite being two very different places, there is a little overlap between the two worlds.

Barbie’s Presence In The Disney World

While Barbie belongs to the Barbie Universe, where she has had a steady career of being a movie star for over twenty years, Barbie was also signed by Disney to be part of Disney films, and eventually, Disney World.

Pixar Animation Studios is a part of the Disney Studios Group. Pixar has a separate cinematic universe where all of its characters and their stories connect.

Pixar wanted Barbie to star as their main character Woody’s girlfriend in their 1995 film Toy Story. However, Mattel Inc. refused the role on behalf of Barbie.

The reason for refusal was that the role was contradictory to the personality they had been marketing Barbie. The doll was meant to be a toy on which children could project their grown-up aspirations, and Mattel Inc. didn’t want to contradict the Barbie doll’s purpose and her image for a movie role.

Mattel Inc. was also concerned about the rumors regarding Pixar’s under-production film. Disney was unhappy with Pixar’s script and had doubts about the Toy Story project. Mattel Inc. didn’t want to take too many chances for Barbie for one film role.

However, Toy Story became an absolute hit among children and adults alike. Disney gave the green light to Pixar to expand the Toy Story franchise and Mattel Inc., and Pixar worked to create a suitable image for Barbie to play in the second installment of the hit movie.

In Toy Story 2, several Barbie dolls are shown partying during the closed hours of a toy store. They catch the attention of Mr. Potato Head, Slinky, Rex, and Hamm as they make their way in a Hot Wheels car through various aisles, looking to find Buzz Lightyear.

Barbie got a lot more screen time in Toy Story 3.

She plays a regular Barbie doll which is placed in the donation box meant for a daycare center. Barbie sobs and cries over not being wanted anymore.

However, Mrs. Potato Head comforts her. Andy’s toys also join her at the daycare as Andy moves to college.

Barbie later meets Ken at the daycare, and the couple helps other toys escape the place. Once the criminal bear Lotso is destroyed, Barbie and Ken take over the daycare and revamp it into a happy place for all toys.

In Toy Story 4, Barbie only appeared for one scene. Barbie and her friends help create a catapult along with other toys to open a locked window.

It appears that while Barbie belongs to her separate universe, she is also a part of worlds outside of it. Her popularity has managed to become an icon who is as well-known in the real world as in the Barbie Universe.

Barbie may not have a couple of hundred careers in the real world; she is still an aspiration source for many. Her popularity has brought her movie offers from Disney and made her the most sold doll in the market in the history of toys.