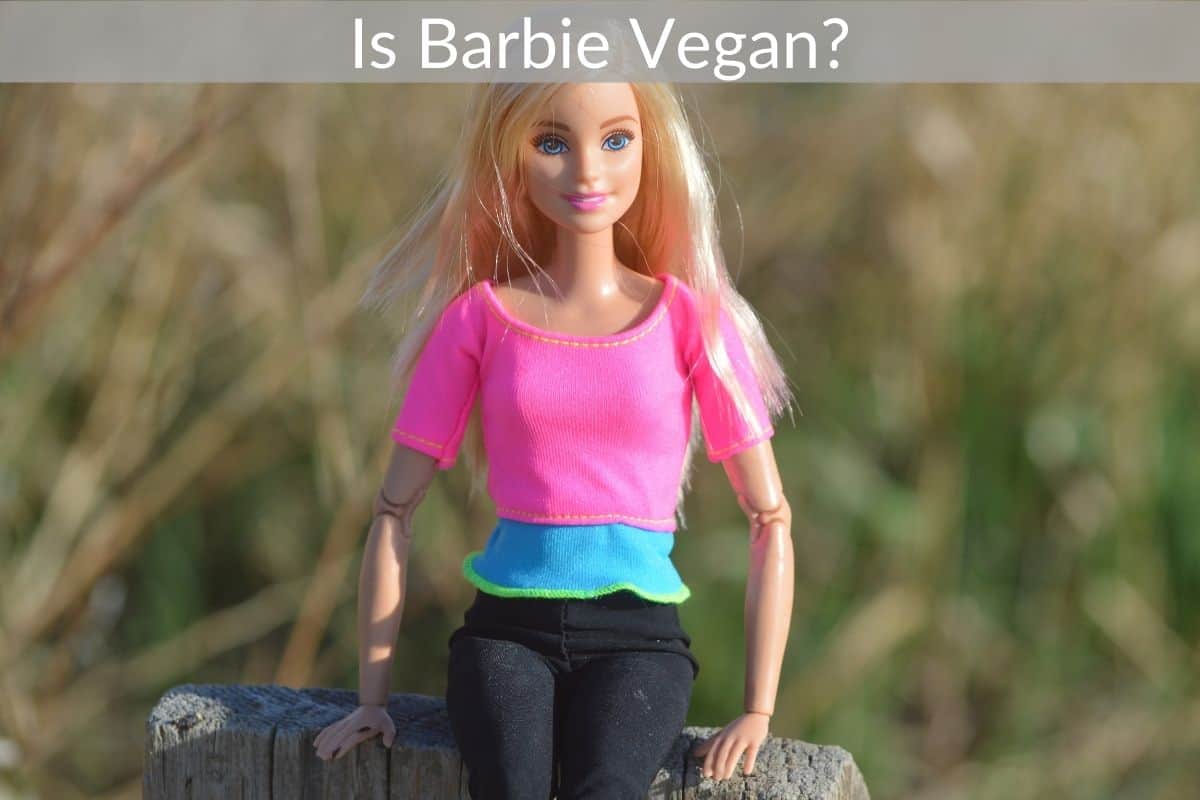 In 1959 the first Barbie Doll premiered at the American Toy Fair in New York City, NY. Since then the Barbie Doll has evolved and changed to keep up the current trends and fashion.

Since the beginning, there has been a conscious effort by the designers and manufacturers of the Barbie Doll to be attentive to the ever changing culture concerning body image and health.

Those who have adopted a vegan lifestyle are very particular about which products they use and what food they ingest.

Barbie is never portrayed as a vegan in any of her movies, TV shows, or in any of the doll releases. However, the material the Barbie Doll is made from, and the stories that could be told surrounding the Barbie Doll food and accessories could absolutely make her be a vegan.

The plastic material that Barbie Dolls are made from is manufactured from petroleum. Crude oil and natural gas go into refinement to be turned into various products. These products are the building blocks of plastics.

There are several of the Barbie Dolls that Mattel has released that can be used to promote a vegan lifestyle using imaginative storytelling. Hundreds of accessories can also be used when acting out those vegan related stories.

To see the Barbies that best exemplify the vegan lifestyle just click here.

In 2009 Mattel released a line of Barbie Dolls that was named “Ladies from the 80’s”. Among those Barbie Dolls was one modeled after the singer Joan Jett. Joan was a huge proponent of healthy eating habits and a spokesperson for animal welfare organizations.

In 1985 Mattel came up with a Barbie Doll that was a Veterinarian. In 1996 they did an update for this Barbie doll and manufactured a Veterinarian Center set.

This set included an exam table, a wash station, medical equipment and containers, even a small bin to house a medical chart. The clothing in the set included a lab coat and a stethoscope.

In 1996 Mattel manufactured a Barbie Doll that was sold in a set with her friend Kelly. This duo in the Gardening Fun with Barbie and Kelly pack, were dressed in their colorful clothes to do some serious gardening. Their accessories were complete with pink gardening tools, a pink bucket and a pink watering can.

In 1998 Mattel continued that theme with releasing a Friends of Kelly doll named Sunflower Jenny. Her accessories included a cute yellow watering can, sunflower yellow shoes and a cute green dress shaped like sunflower leaves.

Mattel recently came up with a Barbie Sweet Orchard Line. The accessories for these Barbie Dolls include a bundle of corn, and a basket for apples. These Barbie Dolls are dressed in denim, and are wearing Wellies to keep their feet clean while they are doing some intense gardening.

Almost since the beginning Mattel has included pets to coordinate with the Barbie Doll sets. Barbie’s first horse was named Dancer.

Many of Mattel’s Barbie Dream Homes also have pet accessories that are included. It seems there could be many story narratives that could be invented that would include how to care for the various pets, and how to make them comfortable.

There are playsets that include grooming tools for pets, beds and pillows for pets, pet carriers, pet food and water bowls, and pet washing stations, pet houses, and pet play yards.

The pet accessories are an integral part of the Barbie Doll lines. Almost every playset includes a pet. There is even an Animal Rescue Center with 8 animals that can be purchased as a set.

In the 1970’s Mattel started including gardening sets in some of their lines. This promoted the idea of getting outside, planting seeds, and harvesting the food grown in the garden.

Some current Barbie accessory packs even include a tractor.

It is possible to currently buy realistic looking vegetables that could be used in story narratives about growing vegetables, bringing them into the kitchen to consume them, and feeling good from the inside out.

Many of these sets include pieces that could be used in the story sets inside or even outside the Barbie Dream Home.

One pack includes a grill that could be used to tell a story about grilling vegetables.

This company realized there was a need for vegan cosmetics and partnered with the manufacturer of all things Barbie to bring this to the public. Of course this line includes all of the iconic Barbie colors.

You can get the various shades of pink in most of the products. They also carry nail wraps with the official Barbie logo printed on them.

Many of their products have authentic Barbie names like: Barbie Beach Cruiser, Ballerina Barbie, and Barbie Dream.

Many people can now use these products to let the world know they are a fan of Barbie, and all things vegan.

Because so many plastic products end up in landfills and eventually could be harmful to the planet, Mattel has recently started a recycling program that will shift their manufacturing to a circular manufacturing model.

This will mean that reusing, repairing, and rehoming the Barbie Dolls and toys like them, then recycling the materials that are beyond repair. This will eventually help to ensure that animals will not be harmed by plastics getting into their water supply.

Mattel has even started using recycled materials in the manufacturing of some of the Barbie Dolls.

They are partnering with shops and stores that are shifting to the sale of eco-friendly products. This shift will go a long way to ensure Barbie products continue to be a part of the way children use toys.

There is even a company that is currently turning recycled toys into brightly colored furniture for children and young adults. They are doing a great job of reusing materials that would ordinarily be destined for the landfill.