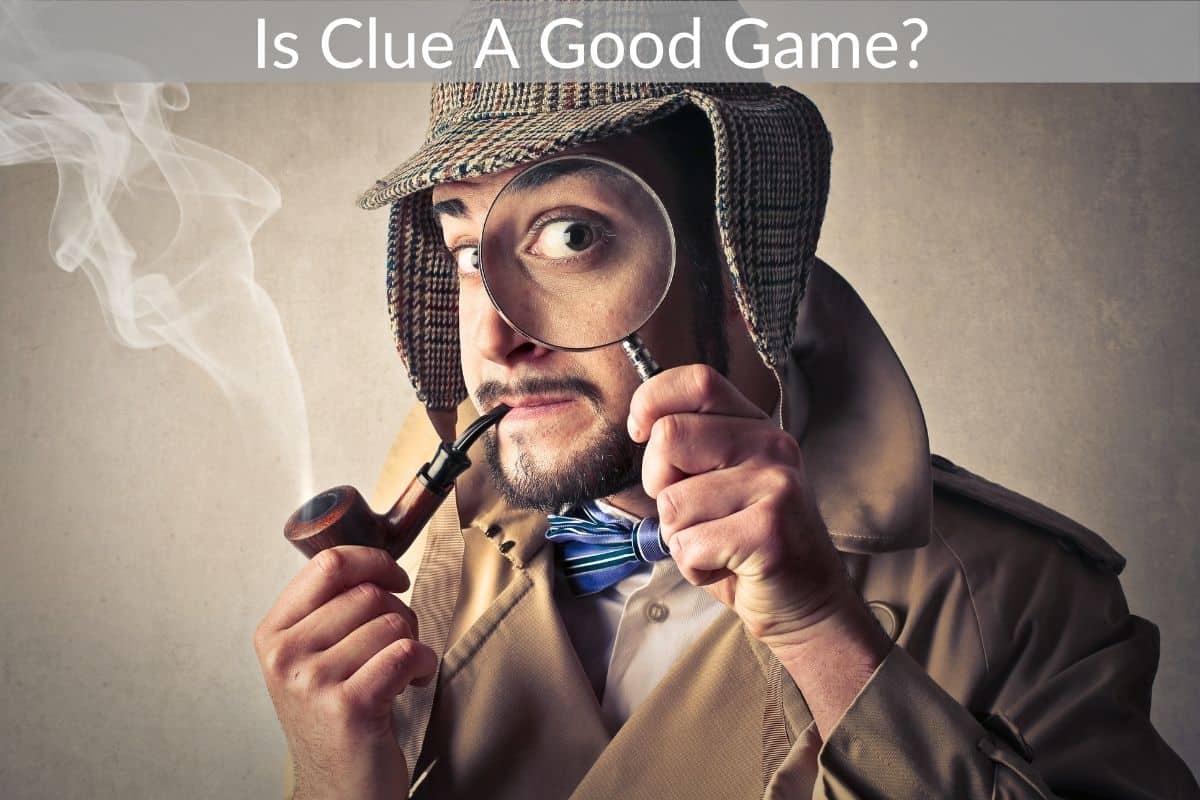 Clue is considered one of the classics when it comes to board games. But, just because it’s labeled as a classic, does that mean it’s any good?

Overall, considering it is known as a classic, many people think that Clue is a good board game to play with friends.

If you feel that the sleuthing to find out whodunnit seems a bit monotonous, Hasbro has created a few different versions that might help break up the monotony, and Clue might just become your favorite game!

Here are just a few of the different versions of Clue to consider:

In this game students determine who has vanished, what spell was used, and where it happened.

In this game you are trying to find who has killed Toby, what office weapon was used, and where in the office it happened (winner gets a week’s paid vacation).

For the younger Clue players there is also a Scooby Doo Clue where the gang visit’s Mrs. White’s haunted mansion and discover who was abducted, where they were taken from, and what item was left behind by the monster.

Regardless of which edition you choose to play, you will have a great time trying to figure out just whodunnit, with what, and where.

What Age Is The Clue Game Appropriate For?

But what about the Hasbro classic board game Clue?

It seems innocent enough, but the whole premise of the game is solving a murder by determining the room where it happened, the deadly weapon used, and the person who committed the crime.

The age on Clue is listed for ages 8 and up. Some parents feel that this may still be too young to introduce kids to solving murder so Hasbro has come up with a solution, Clue Jr.

In the Clue Jr. version, your children will be searching the halls of the mansion to determine which guest ate the last piece of cake, in what room, and near what piece of furniture.

There is nothing close to a dealy weapon or any mention of murder in this game so it is definitely a bit more kid friendly.

Is Clue A Game Of Luck Or Skill?

There is always that one person at game night that always wins. Luck is always on their side, and maybe you’re that person?

When it comes to playing Clue, is luck still on your side, or will a great strategy beat out lady luck?

While on the outside Clue might appear as more of a game of luck, where you need a great roll of the dice to move to rooms faster, or a great hand of cards. However, playing strategically in Clue will most likely beat out those with luck on their side.

Even when you feel the cards have been dealt against you, no worries, put that Clue strategy to work.

When you look at your cards and see that you don’t even have a suspect to cross off, don’t worry; you just have an advantage in either the weaponry or room departments.

Here are a few quick strategic tips to help win Clue with your skills.

When you think of family friendly games, one would not even think of considering a game that involves solving a murder with deadly weapons.

However, Clue can still be good for all to enjoy.

Clue can be a great game for a family to sit down and play if everyone is preteen or older. If your kids are younger you will want to get one of the other editions of the game such as Clue Jr.

While Clue itself is designed for those 8 and older, if you do have younger children, Clue Jr. might be a better alternative. In Clue Jr. detectives are sent to look for who took the missing cake and where they ate it.

If it’s Friday night and you are looking for a new family game to play, the sleuthing board game of Clue might just be the way to go!

Why Was Mrs. White Removed From Clue?

Ever since its creation back in 1949, Clue has had its famous six color themed characters: Professor Plum, Mr. Green, Colonel Mustard, Miss Scarlet, Mrs. Peacock, and Mrs. White.

In August 2016, the game got a makeover which introduced a new title and new character and removed Mrs White.

While there is no formal reason as to why Mrs. White was removed from the game, many people have their own speculations.

Some people believe that Mrs. White was removed because of the negative connotation of having a character named after one skin color but not another. Other people feel like it has to do with the fact she didn’t have a good backstory.

The only statement given from Hasbro spokesperson Jonathan Berkowski was that, “It was a difficult decision to say goodbye to Mrs. White, but after 70 years of suspicious activity, we decided that one of the characters had to go.”

One of the theories behind the removal of the lovely Mrs. White is for better back stories for the characters. Mr. Green was revamped to have more of a backstory that would give him a career. For example, Professor Plum and Colonel Mustard both have their profession right there in their names.

Mr. Green was rebranded as Reverend Green giving him a career title in his name as well. All the women in the game all worked or stayed in the home. Mrs. White was the cook and maid for the establishment. Mrs. Peacock was the retired socialite who enjoyed a good party, and Miss Scarlet was known as the femme fetale.

Dr. Orchid was introduced to replace Mrs. White. Dr. Orchid has a PhD in plant toxicology and was expelled from a private school in Switzerland following an almost fatal daffodil poisoning incident. It was then she ended up actually being home-schooled by Mrs. White.

So even though Hasbro revamped the game and added a new character, they still included her in Dr. Orchid’s backstory.