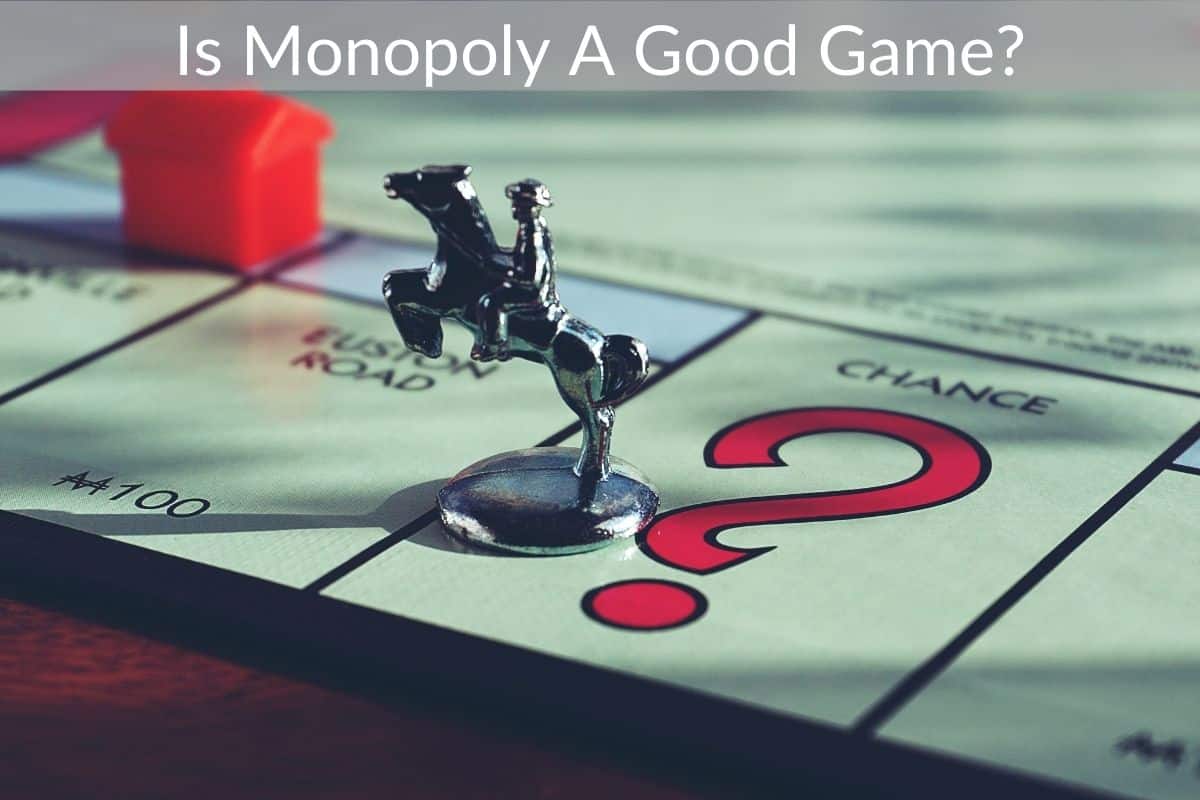 Monopoly is probably the most popular board game of all time. Its nostalgic pieces and economic themed board game is known around the world. But even if something is popular, does that make it good?

The board game Monopoly is a good game for life skills such as finances, investments, and decision making. Although it is known to give players a false sense of satisfaction if they are winning and it can discourage everyone else who is losing.

According to the dictionary the definition of the word monopoly is “the exclusive possession or control of the supply of or trade in a commodity or service.” The game Monopoly is actually centered around just that.

The goal of the game is control of property and wealth by one person.

Let’s start by stepping back in time to when this real estate board game was invented. In the early 20th century, Elizabeth Magie came up with a game entitled “The Landlord’s Game” in which the players traveled around a board and accumulated as much property as they could.

She wanted it to demonstrate the system of land-grabbing with its usual outcomes and consequences. In the game, players can gain vast sums of wealth at the expense of others. Magie believed that all should benefit from wealth and wanted the game to teach the evils of a monopoly.

Then in 1935 a man by the name of Charles Darrow made his own version of the already popular game and titled it “Monopoly”. He got all the credit for the game and his version is the one that is popular to this day.

Also, to add in a fun fact, Monopoly is even a real sport now!

To see some of the Monopoly spin offs that have been made over the years just click here.

What Are The Benefits Of Playing Monopoly? (Is It Good For Your Brains?)

It seems as if most Monopoly games end in arguments and other players getting angry at the winner. For one player the game is great because they are winning and owning all the property while everyone else is going bankrupt.

Is this game beneficial at all?

There are benefits that come from playing Monopoly. Playing it can be good for your brain since it requires you to think. It also teaches skills in money, finances, negotiation, etc.

Monopoly is good because it reduces screen time so instead of being glued to a video game or phone you are required to interact with other people and talk to them. You may also have to negotiate with them and make decisions quickly while spending your money wisely.

Exercising your brain keeps it healthy and sharp. It is also proven that playing a board game promotes well-being although you may also need to exercise your emotional handling skills when the game doesn’t go your way.

Why Is Monopoly Hated?

While the game has some fans, it also has some haters too. “It’s just not fun”, one may argue. Or “It

takes way too long to finish”, another may chime in.

But could the reason be that the game is disliked so much is that is the whole point of it?

When Elizabeth Magie created the game she intended it to show people that real life monopolies are not fun. People could take things from others just because they were wealthy. But is this really the way we should look at it?

The game really isn’t a true representation of how life works or even finances for that matter. Unless it is inherited, It takes time and investment to be successful.

In Monopoly your fate is left up to the roll of the dice and there really is no special skill involved, just pure luck and if you get lucky then you will do well.

So if you are thinking that the game isn’t fun because someone is stealing what is yours, this is the intent for which it was made.

Some  people may just not be playing the game correctly and getting frustrated with its outcome. By playing it right, having a positive outlook on it and keeping your emotions in check, you will probably have a good time playing it.

Is Monopoly A Good Game For Children?

Now that you understand the origins of the game of Monopoly, you may be wondering if it’s a good game for your children to play? Of course we don’t want to end up with arguments and fighting!

Monopoly can be a good game for children to play as it has many teaching factors that develop kids’ brains. Though some would argue that it can have some bad influence on kids overall Monopoly is a decent game for them to play.

Saying this, below is a list of how Monopoly can be good for your child versus how it can be bad and I’ll leave the decision of it becoming a game in your household up to you.

Monopoly can be a good game to play if you go into it with a positive attitude knowing it’s ok to lose. It can help keep your brain healthy and can develop your social and financial skills.

Explaining the game in advance to your children with positive messages and making sure they understand it’s just a game can help you have a great time playing it.