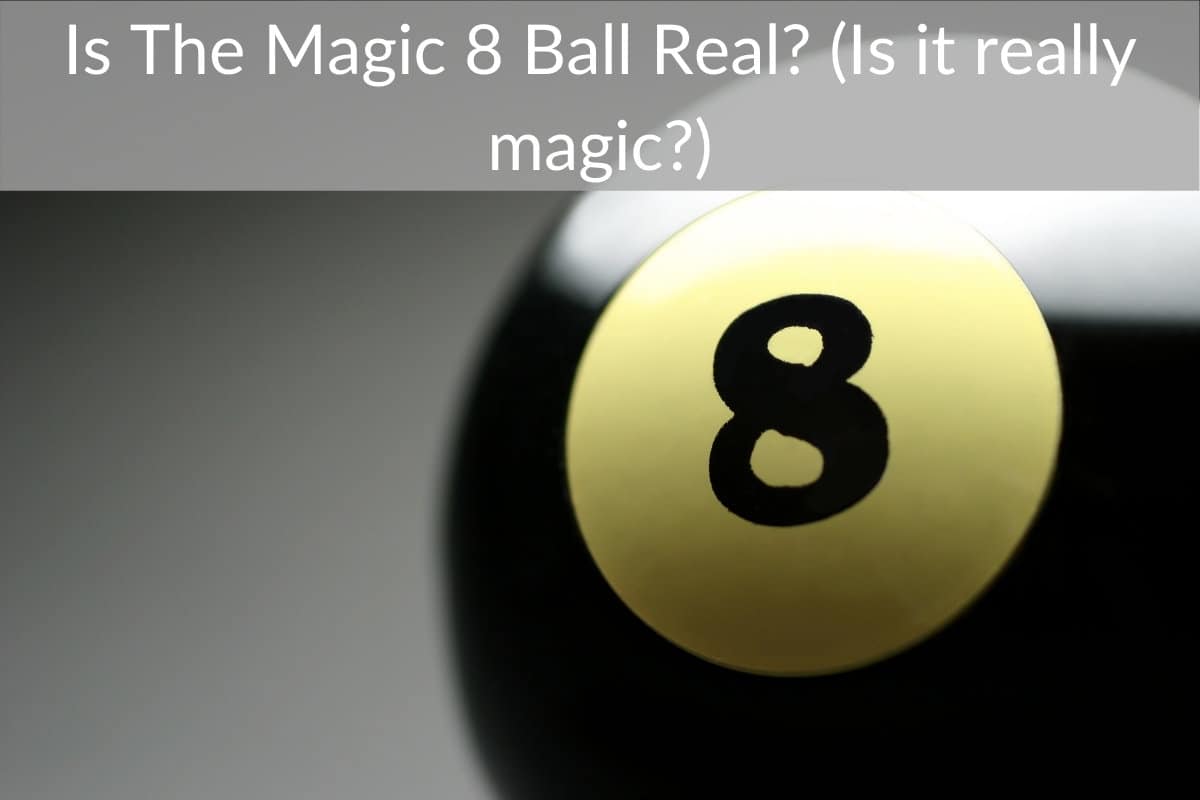 ​The magic 8 ball was one of my favorite toys as a kid. My friends and I would stay up all night at slumber parties asking it questions and laughing at the answers it gave.

As young kids, our questions spanned from “will I pass the math test next week” or “will we have a pop quiz on Monday” to “does she like me” “will I get my first kiss this weekend” and “will I ever get married”.

We would even get upset when we were told our crush did not actually like us and we would get all excited when the magic 8 ball would say we were going to marry our current girlfriend.

When my oldest child was around eight, she finally asked for one for Christmas, and naturally, I obliged. I soon found out that my little child’s questions were far more entertaining than those of mine and my friends with our crushes!

His questions were more along the lines of “will my brother poop his pants tonight” “will I fart at school tomorrow” or “will I be a professional sports player” and while he would never admit to it now, I am pretty sure she checked her brother’s underwear after they got dressed for school the next morning to see if he really did.

It just goes to show how much kids hope the answers of the magic 8 ball are really true.

While the magic 8 ball is definitely entertaining, what is it that makes them so desirable? Do they really predict the future? Are they really filled with magic?

As much as we would like there to be magic in the Magic 8 ball, unfortunately the answers are just purely random. Sometimes they will line it with what is asked perfectly while other times it won’t.

Ultimately it is up to you to decide if you believe in the power of the Magic 8 ball or not!

However, whether you believe it’s answers are magic or not it is still a blast to play with it with your friends or siblings as a child s

​A magic 8 ball is a ball that is designed to resemble the 8 ball in billiards, which is also known as pool. The ball has a window that you can see through with fluid and a dice inside.

A person asks the magic 8 ball a question while shaking it and then peers into the window to see their answer. Typically, the dice says things such as “it is decidedly so”, “the outlook is good”, “don’t count on it” and “my sources say no”.

With these answers the user must ask the ball simple yes or no questions.

​The thing that makes the magic 8 ball so desirable is the belief that it can predict the future. But does it really have the ability to do so?

That is up to you to decide based on what you believe.

If you believe in psychics, magic, and the ability to predict the future, then the magic 8 ball might just be capable of predicting your future.

But if you do not believe in those things, then it is likely that the ball simply gives you an answer based on what side of the die lands face up after you shake it.

To see the different versions of the Magic 8 ball that are currently available just click here.

​When Were Magic 8 Balls Popular?

​Magic 8 balls were invented in 1950 by Albert Carter and Abe Bookman. It was originally designed by Carter to be a long cylindrical tube with the same concept as what we now know to be the magic 8 ball, but his patent was not approved until after his death.

Bookman then redesigned the prototype and came up with the magic 8 ball.

Since its initial distribution as a children’s toy, the magic 8 ball has gained popularity with children of all ages. Like most toys, its popularity will start to fade with time and then it will regain popularity a few years later.

The magic 8 ball has been around for more than 70 years, which is a truly impressive longevity for a toy.

As with other toys and games that have spanned multiple decades, it is common for them to get a reboot. Whether a new company buys the product and rebrands it, or they just decide to change it up a little to get interest to spark again, most things change some with the times.

Recently, magic 8 balls have regained their popularity with children once again.

​How Do Magic 8 Balls Work?

​It is said that magic 8 balls have the ability to tell you the future. Users must ask the ball yes or no questions while shaking it to have the answer revealed to them.

Magic 8 balls are a hollow, plastic sphere of varying sizes. Inside the sphere is a reservoir that contains a multifaceted die that floats in alcohol that has been dyed to a different color (typically a murky blue).

Each of the faces of the die contain affirmative, negative, and noncommittal statements. When the user shakes the ball, the die will reveal the answer to their yes or no statement.

​What Do Magic 8 Balls Say?

Magic 8 balls have a variety of different answers that users can see while asking their questions. These are all answers to yes or no questions, so users must be careful in what questions they ask.

The die has twenty possible answers for users.

Ten of those answers are affirmative, or yes answers, five are negative, or no answers, and the other five are noncommittal answers.

Statements that can be found in the Magic 8 ball are:

2. It is decidedly so

18. Better not tell you now

As you can see, there are many possible answers for any number of questions that a person might ask but based on the responses the questions have to be in a yes or no format.

The magic 8 ball is just not designed to elaborate more than a mere yes, no, or I am not sure answer.

But… wouldn’t it be nice if it could?