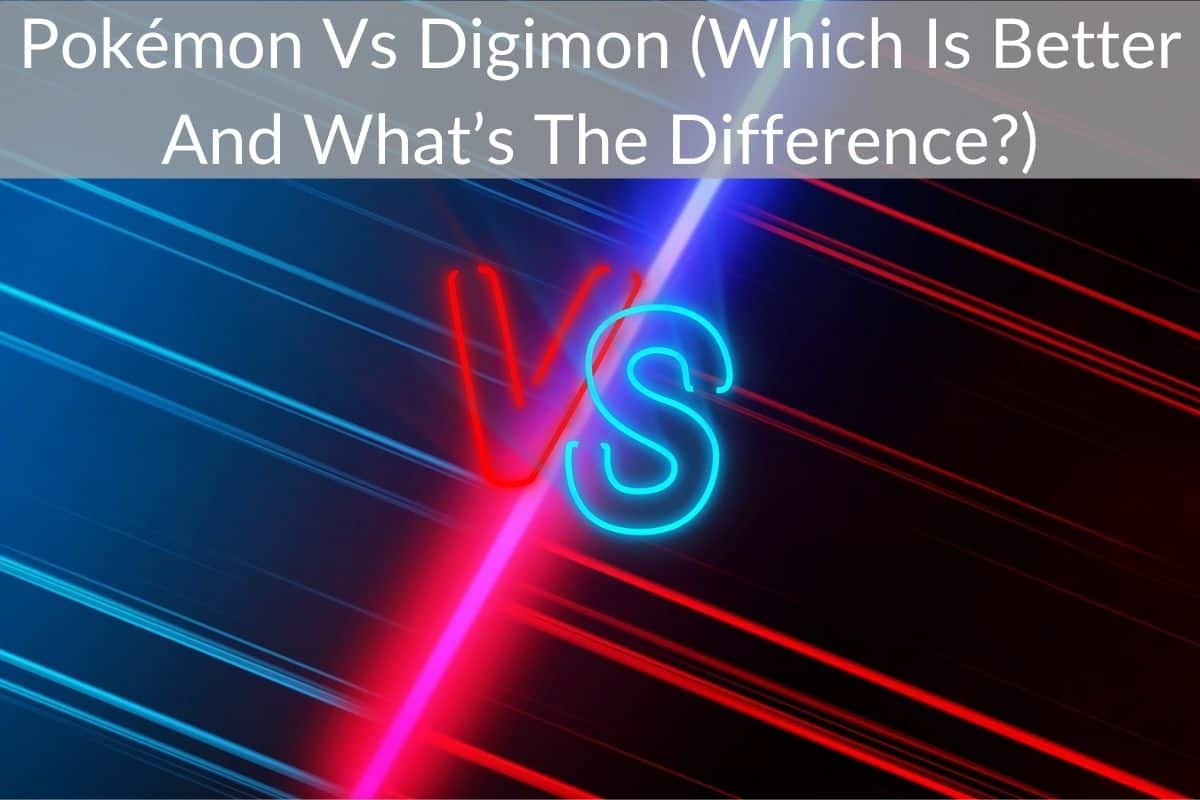 In the mid-1990’s the US had a fascination with Japanese culture that has continued to shape the entertainment industry over the last 20 years. One of the big things that Americans have pulled from Japan is their animation entertainment.

The franchises for Pokémon and Digimon hit the market in Japan in 1995 and 1997, respectively. They both were “monster” products that appealed to children.

Through the years both of these popular shows have become global successes and have amassed very large fan groups.

Due to the success of the TV animated series, both of these franchises have produced multiple forms of entertainment. These include video games, trading card games, movies, and manga series.

Both Pokémon and Digimon have strengths and weaknesses within their line-up. When trying to decide which is better, it really just comes down to personal preference.

For the most part each one is a little better at one form of entertainment, but is surpassed in another.

Generally speaking, Digimon is considered the better TV show; however, the significance that the Pokémon video and trading card games have in the franchise’s portfolio really stands out. Pokémon is also more popular overall.

The Pokemon franchise sells more games, movies, and has higher ratings for their shows. If you are not a fan of one of these two franchises, you might think one show or game is a knock off of the other.

Many casual observers would be confused that they aren’t the same product, but their fan bases know this is not the case. There are similarities between the two brands, but those are generally by coincidence.

The differences in the two brands are very big.

Pokémon is based around “trainers” traveling the world to find “Pocket Monsters”. These animals are found in the wild and they are captured by people and are trained to battle other Pokémon.

Some become close companions, while others are used only for their powers.

Digimon is based on the creation of monsters from data. These “Digital Monsters” are created and are used to fight other Digimon. When these monsters are defeated in a battle they are not killed, rather their data is reset, essentially “re-booting” the monster back to its base form and strength.

Although many Pokémon enthusiasts would claim that Digimon is a rip off of their beloved franchise, the truth is they are both unique creations that happen to have similar traits. It would be best if you find a way to incorporate both into your collection of toys, games, and TV shows.

Which Is Older Digimon Or Pokémon?

Digimon and Pokémon are both franchises that have become popular enough to contribute multiple lines into the entertainment industry. They both have movies, television shows, manga, trading card games, and video games.

Both of these franchises have capitalized on the popularity of the “mon” culture that started to emerge in the early to mid-1990’s.

The “mon” culture is a culture of entertainment based around lovable monsters. First popularized by the Tamagotchi, a pocket device that you had to feed and care for or else it would die, the “mon” culture has given us two very strong franchises in Pokémon and Digimon.

Pokemon is slightly older than Digimon as it was first seen as a video game in 1995 while Digimon wasn’t released until 1997.

Pokémon was first released in Japan in 1995 as a game playable on the Nintendo Game Boy. It was known in Japan as Pocket Monsters: Red and Green. It was later released outside of Japan as Pokémon Red and Blue.

Digimon first made its appearance in 1997 as a virtual pet similar to a Tamagotchi. At that time, Digimon was just a small game that you could carry in your pocket. It was a virtual pet, one you had to feed, train, and clean up after.

It added an ability to fight other Digimon, which helped bring in the male market that ignored the Tamagotchi.

Pokémon was also the first to hit the small screen. It’s first episode aired on April 1, 1997. Digimon didn’t release a TV show until 1999.

Although Pokémon seems to be the first to enter each of the areas these two franchises find their success, their creators aren’t trying to copy the other’s finished product.

They are each a separate and unique product that you should be able to enjoy.

Pokémon is a juggernaut in the entertainment industry and is of the most successful creations from the Nintendo family of products. There is nothing that Pokémon hasn’t been successful at turning into cash.

Since its conception in the mid-1990’s, Pokémon has churned out quality content that has left a wake of fans that seemingly cannot get enough of the cute little monsters that the franchise is based off of.

With this success, you might wonder where it all started.

Pokémon was first a video game. In fact, the first iteration of the game wasn’t even titled Pokémon, instead it was titled “Pocket Monsters” and was sold in Japan.

The game’s popularity grew and was later turned into a TV series, multiple movies, a trading card game, a manga, and a large variety of other merchandise.

Through the years the different revenue streams have amassed a total revenue for the franchise that is nearing $100 billion. The majority of that being merchandise, but its success is from the video games that started it all.

If you haven’t had the chance to play one of these classic games on the Nintendo Game Boy, it would not be a bad idea to find one that you can play. There is a reason they have made so many products based on this classic cartridge game.

Pokémon is a great franchise and has been a success for many years. Likewise, Digimon has seen a large amount of success since they began in 1997.

Though dwarfed by the pile of billions in sales that the Nintendo product has produced, Digimon is considered a great franchise as well.

Both of these products can be enjoyed side by side, and you shouldn’t shun one if you enjoy the other.