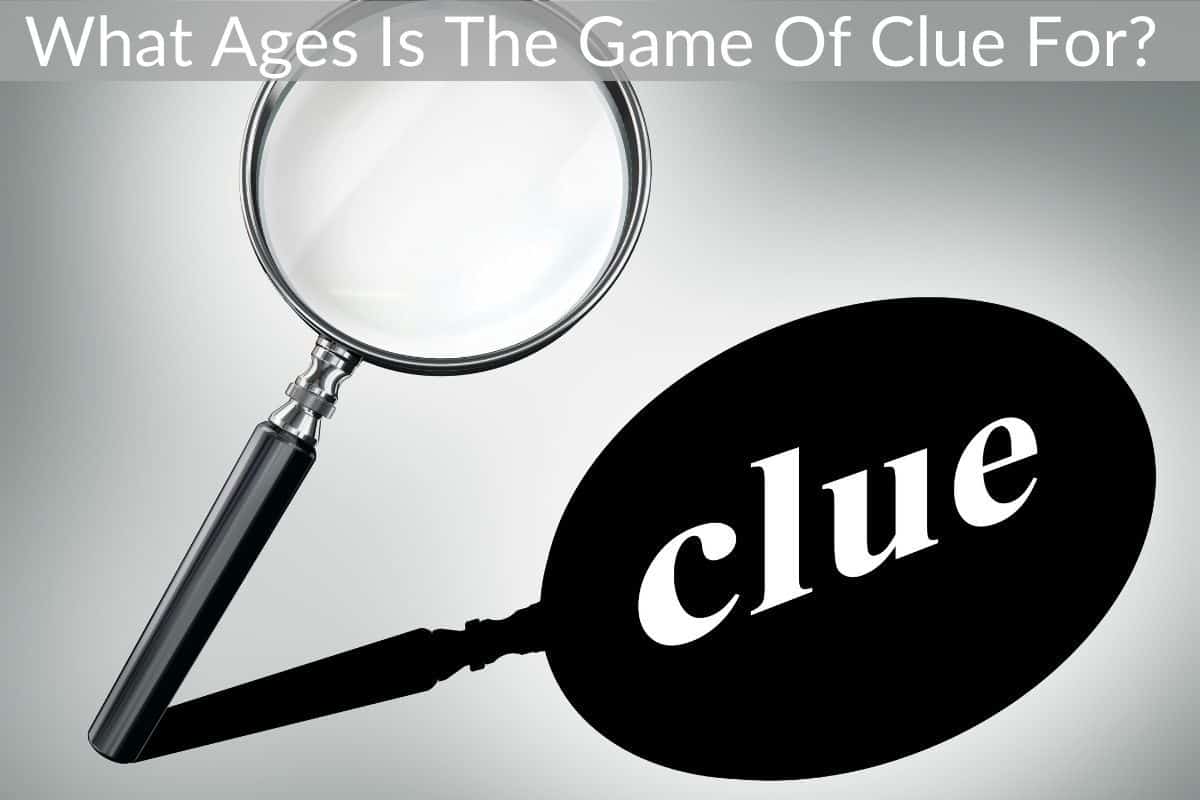 The game of Clue is a classic board game originally developed in England in the 1940’s. I am sure we have all seen a yellowed box of the game in our grandparents’ closet. Clue is a game simulating a murder mystery, where each player takes on the role of a guest at a mansion where the party host has been murdered.

Though the game has been updated a handful of times over the decades since its initial release, the basics are still there. In the 2000’s Hasbro, the current publisher of Clue, branched out and offered the game in other forms, such as a card game.

The game of Clue has even been adapted into other areas of pop-culture. It was turned into a movie, a mini-series, multiple books, and even a musical.

The game of Clue is marketed to be played by those age 8 and older. Though other versions of the game have been developed to target an audience as young as 5 years old.

Clue has been around long enough that I am sure someone you know could teach you how to play it in just a few minutes. Though there are some that would say there is a lot of strategy involved.

Overall, Clue is a classic board game that should be in everyone’s game collection. Whether it is the passed down edition from your Grandparents, or one of the newer ones fresh off the shelves at your local retailer isn’t as important as having it available for a bit of nostalgia.

Is it Clue or Cluedo?

Cluedo was designed by Anthony Pratt in the 1940’s and was originally published by Waddingtons in 1949.

When the game was released in North America, the name was changed to Clue, a more common word in America.

Waddingtons also changed some other names in the game to fall more in line with how the English language has developed in America compared to the United Kingdom.

Interestingly enough, neither of which is a revolver!

If you happen to come across an original UK version, make sure you replace the Lead Pipe, as they were initially made out of actual lead, and are therefore a risk of leading to lead poisoning.

So is it Clue or Cluedo… I guess that depends on where you are asking the question.

In North America, you likely will get a weird look if you ask someone to play a game of Cluedo; as it is commonly known as Clue. However, if you happen to be in England, Cluedo is the name they will most likely recognize.

So although it is called Clue in America, this does allow for a nice trick question if you ever want to stump a friend.

There aren’t really any other differences in the two titles of this classic game, so call it what you will, just make sure you have one close by to play at your next game night.

What’s the difference between Clue and Clue Jr?

The original game of Clue is a murder mystery. It is a game used to develop thinking and problem solving skills. The plot of the game is that Mr. Boddy has invited some people over for a party. Once everyone arrives, their host, Mr. Boddy, is found dead. It is up to the players to solve the murder and figure out which of the guests committed the murder of Mr. Boddy.

Now this game has produced enough intrigue to garner a feature film, Clue (1985), and has been the primary inspiration for murder mystery dinners put on across the country by theater companies. However, we all know that murder is a topic most 5 year olds shouldn’t be exposed to!

In the development of a kid friendly version of this classic board game, we see a storyline that falls more in line with what younger children would hold near and dear, their pet.

In 1989, the former publisher of Clue, Parker Brothers, developed Clue Jr, and it was based on finding out who took the missing pet and where they hid it.

Since then, the current publisher of Clue, Hasbro, has released two other versions for a younger audience: The Case of the Hidden Toys (1995) and The Case of the Missing Cake (2003).

Either way, you can have plenty of fun, but maybe stick with Clue Jr. for the young ones in the family.

How Do You Play The Game Of Clue?

The game of Clue is fairly easy to pick up. It has some strategy, but is mainly based on your ability to solve mysteries and deduct clues from other’s actions.

The object of the game of Clue is to figure out who killed Mr. Boddy, where it happened, and what they used to commit the crime. There are six suspects, six weapons, and nine rooms, making a total of 324 possible combinations.

At the beginning of play, one suspect, one weapon, and one room are placed in a secret envelope. Then, each player is dealt three cards. These are their initial clues, and they have to start putting together their investigation. Once everyone has their clues, and selects a character, each player rolls the dice.

The person who rolls the highest goes first, and they move around the board until they get to a room.

If one of the suggestions is held by another player, they have to show one (and only one) of those cards to the suggesting player, and the turn moves to the next player.

If at any point you feel you know what happened to Mr. Black, you are able to make an accusation.

Accusations are both powerful and risky.

An accusation is not limited to the room you are located in. When an accusation happens, the player checks his accusation by looking at the cards in the envelope, and if he is correct, he wins the game. If the guess is wrong, that player effectively loses, and he cannot make any further moves or suggestions.

Play continues until someone makes the correct suggestion or accusation.

The game of Clue (or Cluedo for our UK audience) is most definitely a fun game and a must have in your library.

It can be played by a large age group, and if you feel murder is a topic too mature for your children, there are three terrific options for you in Clue Jr.

Since Clue has been a staple in the board game genre for so long, you won’t have any trouble finding a copy anywhere games are sold, whether it is at a store, online, or even a thrift store.